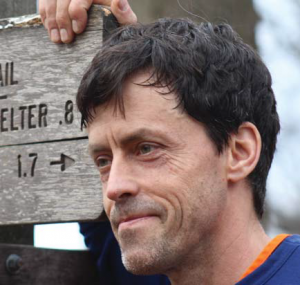 I have highlighted the insightful work by Dr. Samuel Ramsey showing that Varroa mites slice their way into and devour the fat bodies of honey bees (Varroa destructor feeds primarily on honey bee fat body tissue and not hemolymph, https://www.pnas.org/content/116/5/1792). “Fat body” does not do these tissues justice. While they are a gathering place for lipids and proteins thought to give honey bee resources for the future, the fat body turns out to be a complex tissue, and arguably organ, that is essential for bee health.

So what does it mean to make and break fat? Lipid droplets, or “fat pills” to use a less technical term, are components of fat body cells that act like small machines for both collecting and breaking down fat (or lipids). These fat machines respond to signals from the bee’s body that indicate whether times are 1) favorable for storing energy or 2) a bit tighter, in which case stored fats have to be metabolized, or “burned”, by enzymes to provide needed energy. In a sense there is no single onswitch for this whole process, the entire fat body is reading the lay of the land inside a bee, with each lipid droplet advancing or retreating in terms of energy release depending on local currents. As if that’s not weird enough, the cumulative effects of these very local decisions are not limited to a bee’s get-up-and-go. In fact, the switches going on in fat body cells can make or break some of the key traits of bee social behavior, from reproduction to the provisioning of nestmates with food. For example, Vanessa Corby-Harris and colleagues have shown that the breakdown of fats in fat body cells can explain why nurse bees lose the very organs that make them good nurses. Nurse bees produce the jelly fed to developing larvae using specialized glands in their heads. Over several studies, including “Fat body lipolysis connects poor nutrition to hypopharyngeal gland degradation in Apis mellifera” https://doi.org/10.1016/j.jinsphys.2019.04.001) Corby- Harris and her team build the case that the decay of these glands, long known to occur when worker bees are under food stress, is driven in part by signals from fat cells on the other side of the bee’s body.

Fat body cells also play a complicated role in bee disease. The cells themselves harbor viruses known to be damaging to bee health, including Deformed wing virus. These viruses reproduce in fat body cells and arguably use the diffuse nature of these cells to expand their reach in the bee body. At the same time, fat body cells release many of the protein components of bee immunity, attacking viruses and other pathogens in all parts of the bee body. Even more remarkably, fat body cells themselves might migrate to deal with threats to bee integrity. In a provocative recent paper focused on the much-studied fruit fl y Drosophila, (“Fat body cells are motile and actively migrate to wounds to drive repair and prevent infection”, https://doi.org/10.1016/j.devcel.2018.01.026), Anna Franz and colleagues show that fat body cells actually perceive and then ‘swim’ to distant wounds in their own body. These are not rapid responses. In some cases, cells took hours to move towards a nearby wound. Still, the very fact that cells both move and, in the authors’ words, ‘multitask’ by clogging wounds and releasing immune proteins, adds to the lore of the fat body. Overall, recent research suggests that many disease battles are won or lost within the squishy band of fat body cells.

Now that we know Varroa mites specifically target fat body cells in their quest for nutrients, there is an increasing sense that honey bee fat bodies are a key focal point for bee diseases and mortality. Some time ago, Gennaro di Prisco and colleagues proposed that the Varroa x virus x bee triangle is complicated by both mites and viruses ganging up on their bee hosts. In short, mites appear to benefit from immune-beating efforts of the viruses they carry. In their model, viruses released by feeding mites suppress a key ability of bees to seal up wounds, in effect increasing the success of feeding mites by keeping the feeding site open. It will be interesting to see how this model evolves now that we know mites are directly collecting fat body cells, rather than the blood surrounding these cells. Maybe some clever scientist will show that the slow race of fat body cells to a wound site is even slower when those cells are burdened by viruses. Or, perhaps, mite-damaged or devoured fat cells will break some sort of circuit in the fat body, limiting the strength of these cells to work together to regulate bee energy, immunity, or survival in the face of chemicals. Fat bodies have been understudied compared to other organs, perhaps because they look boring on the surface. Now that the secret of their importance is out, fat bodies should receive more scrutiny as bee sentinels ready to send energy where needed one day and then race to the scene of a damaging injury the next, all while being attacked by ravenous mites and sneaky viruses.