Exposure To Multiple Pesticides Appears To Be Quite Pervasive And Spans From Rural To Urban Areas.

Many beekeepers I interact with on a regular basis know that bees exposed to low levels of pesticide in the environment, low enough so that they will not die from them immediately, are still having a major impact on honey bee health. But which pesticides are having the greatest adverse impact? Does the amount of exposure matter? What about how many pesticides a honey bee is exposed to at one time? Does this play a role in the most recent honey bee health decline as well? What do the impacts of other stressors, such as parasites and lack of nutrition have, if any, that adversely impact the health of honey bees, either independently or in concert with pesticide exposure?

Recently, researchers applied the exposome paradigm to measure the myriad of chemical exposures at the hive level, in the context of a case-control study defined by the presence or absence of infection with Nosema ceranae. This study was recently published in the journal PLOS ONE by a team of scientists from Haverford College, Sabancı University, Johns Hopkins University, and Agilent. It was  determined that 20 xenobiotic pesticides were observed a total of 143 times, across 30 different bee hives, in 10 different apiaries, sampled longitudinally at three time points. Eighteen out of 20 of the identified pesticides were measured in the infected hives, while 10 out of 20 were measured in the uninfected hives. Based on these findings, the authors concluded that exposure to multiple pesticides appears to be quite pervasive and spans from rural to urban areas.

Although pesticide exposure from agricultural practices should be of concern for beekeepers, this study demonstrated that insecticides, herbicides, and fungicides primarily used on crops make up less than half of the beehive exposure events, suggesting that a more holistic perspective is needed when routes of exposures are considered. For example, the most pervasive chemical exposure that was found in nearly all hives was naphthalene. The pervasiveness of this chemical is perhaps not surprising as sources of naphthalene include human activities such as gas engine combustion, aircraft emissions, cooking, and residential wood burning. In 2011 alone in the New England area, more than 527 tons of naphthalene were emitted. Naphthalene was previously used by beekeepers to control beeswax moth, but it is now banned because it has been shown to accumulate in beeswax. Dr. Robert L. Broadrup, a professor at Haverford College and the study’s first author, suggests “if the number of pesticide exposures is what is associated with higher disease prevalence as demonstrated in our study, then the effects of all pesticide exposures, not just neonicotinoids, should be carried with a more equal weight.” 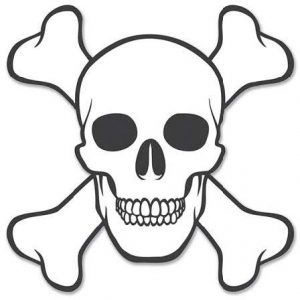 To investigate how pesticide exposures may combine with other stressors to affect bee health, the researchers looked for associations between pesticides and common honey bee pathogens. Nosema ceranae is a microsporidian gut parasite also implicated in the decline of bee health. Using Nosema ceranae infection as an example of how pesticide exposures may be associated with other bee health stressors, the authors found that it is not a single, particular pesticide, or the relative amount of the exposure, but rather it is the number of different pesticide exposure events that are associated with a higher prevalence of a N. ceranae infection in a given hive. Even when grouped by chemical category, the relative level of a given exposure was not associated with the Nosema infection load.

According to one of the co-authors of the study, Dr. Christopher Mayack, a professor in the Faculty of Engineering and Natural Sciences at Sabancı University, stated “the fact that the number of pesticides and not the relative amount of any given pesticide was associated with a N. ceranae infection was a very surprising finding for us. This goes to show that we now know that bee health stressors interact, but mechanistically how one is associated with another to produce a synergistic decline in bee health, in the natural environment, remains elusive”.

Metabolic pathways, essential for maintaining life, are likely to hold the answers for how stressors interact to produce a synergistic decline in bee health. The study identified a total of 2,352 different chemicals of which 14 were associated with a N. ceranae infection and the disruption of nine honey bee metabolic pathways. The authors further identified multiple locations along the identified pathways disrupted by N. ceranae infection, pesticide exposure, or both. Interestingly, N. ceranae – like some pesticides – is also known to disrupt metabolic activity.  The potential biological effects of the metabolic disorders documented in this study range from a lowering of immune function, to the lowering of brood food quality, to the disruption of pheromone communication, to a loss of anti-microbial activity in brood food, to the lowering of the bees’ detoxification ability, to the lowering of royal jelly quality, to the disruption of nest-mate recognition. Beekeepers and scientists alike can, therefore, see how these stressors may erode bee health and the functioning of a bee colony.

The metabolic pathway of a given pest is often the target of a pesticide, but many biological pathways are similar across many different organisms, so they could potentially harm non-target organisms. The additional fact that metabolic pathways across organisms use similar enzymes to carry out life processes creates the opportunity for undesired effects from pesticide exposure. Indeed, the authors found that one pesticide, Azobenzene, is likely to disrupt an enzyme along the Krebs cycle, which is central to all metabolic activities, including fatty acid metabolism. Furthermore, N. ceranae infection is likely to disrupt another metabolic enzyme, Hexadecanoic acid, within the fatty acid metabolic pathway, thereby delivering a “one-two punch” overwhelming metabolic functioning of the honey bee, and increasing their susceptibility to disease.

As this study demonstrates, honey bees are consistently exposed to pesticides and other chemicals from a variety of sources in rural, urban, and in-hive environments. It further reveals how pesticide exposures can potentially combine, with common honey bee pathogens, to increase susceptibility to further infection. The changes in the affected bees’ metabolic functioning lead to a higher likelihood to be exposed to more chemicals with negative effects which in further increases the bees’ susceptibility to infection, and ultimately, the decline of hive health. The complex relationship between environmental exposures and the biology of the honey bee calls for a more holistic perspective of stressors from both the beekeepers and the scientists as they work together to improve honey bee health.