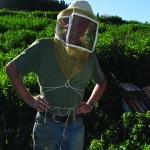 Ed Colby and his gal Marilyn live and keep bees in Western Colorado. 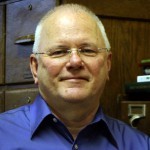 Dr. James E. Tew is the beekeeping specialist for the Alabama Cooperative Extension System, Auburn University and emeritus professor, The Ohio State University. Jim has taught classes, provided extension services, and conducted applied research on honey bees and honey bee behavior. Additionally, he continues to contribute monthly articles for Bee Culture Magazine and other publications. He has authored: Beekeeping Principles, Backyard Beekeeping, Bee, Wisdom for Beekeepers, and The Beekeeper’s Problem Solver. He is a frequent speaker at state and national meetings and has traveled extensively to observe beekeeping techniques. 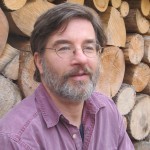 Ross has been learning, living and teaching bees since 1992. He learned his craft from world-renowned beekeeper and apitherapist, Charles Mraz, and Charlie’s son Bill. Conrad is a former president of the Vermont Beekeeper’s Association, a regular contributor to Bee Culture magazine, and author of the first book on organic beekeeping to be published in the U.S., Natural Beekeeping: Organic Approaches To Modern Apiculture. Ross regularly leads bee related presentations and organic beekeeping workshops and classes throughout North America. His small, human-scale beekeeping business Dancing Bee Gardens, sells honey and candles among other bee related products directly to friends, neighbors, and the local community. 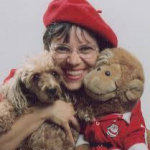 Kim is a beekeeper and bee educator. She founded and coordinated the Kids and Bees Program, an informative program about honeybees for the public, at the American Beekeeping Federation Conventions in 15 states. As part of the Kids Page in Bee Culture magazine, Kim began a kids club called Bee Buddies and has members in every state. Her fun, educational honey bee programs include music, participation and hands-on activities. Kim is celebrating many years of working as a teacher, professional storyteller, musician, and puppeteer. Currently on the Texas Commission on the Arts Touring Roster, Kim has performed at hundreds of festivals, schools, libraries, and museums including being a featured teller at the Texas Storytelling Festival. Kim is in demand throughout Texas as an effective workshop presenter with practical, inexpensive program ideas on music, stories, crafts and puppets for librarians, teachers and parents. 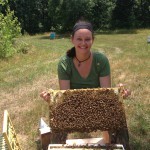 Jessica is a Senior Study Director for Smithers Viscient, working in the Pollinator and Non-Target Organisms Division. She has been working as a honey bee researcher for 6 years, but is a fourth generation beekeeper through her family. Jessie married Bobby, who is also a honey bee researcher, and his four kids in 2013 in a bee themed wedding, including a black and yellow wedding dress. They live in North Carolina with their pit bull Atlantis, cats Harvey and Black Jack, and multiple chickens…with plans for expansion to goats in the future. 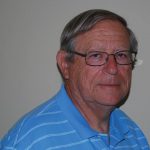 Clarence is an Emeritus Professor of Entomology and Emeritus Head of the Department of Entomology and Plant Pathology at Mississippi State University, Mississippi State, MS, having retired from the position June 30th, 2010. Prior to assuming this position at Mississippi State University in March 1989, he was an extension entomologist at The Pennsylvania State University where he served as a beekeeping/pollination specialist and livestock entomologist. Clarence grew up on a dairy farm in southern Michigan where he became interested in entomology through 4-H. He first became interested in beekeeping when he took an apiculture class, as a junior at Michigan State University. His Bachelor of Science (Entomology, 1968), Master of Science (Entomology, 1973) and Ph.D. (Entomology, 1976) degrees were from Michigan State University. Both his M.S. and Ph.D. degrees specialized in Apiculture; studying nectar secretion and factors affecting bee behavior and pollination of pickling cucumbers. He has taught apiculture at Michigan State University and The Pennsylvania State University. His areas of research emphasis were concerned with the effects of insecticidal sprays on honey bee foraging, factors that regulate drone production in honey bee colonies, pollination of birdsfoot trefoil and the distribution of varroa mites within the colony. He served as the major professor of 8 graduate students while he was at Penn State. From 1981to 1989 and from 2000 to 2011 he chaired the Eastern Apicultural Society committee that developed the Master Beekeeper Exams and conducted the testing program. He writes the monthly column “A Closer Look” and prior to that “Do You Know?” for Bee Culture, speaks at numerous workshops and frequently judges honey shows. His book “What Do You Know?” was published in 2003. He and his wife Sally live in Estill Springs, TN and have three sons; Craig, Keith, and Eric and have nine grandchildren.