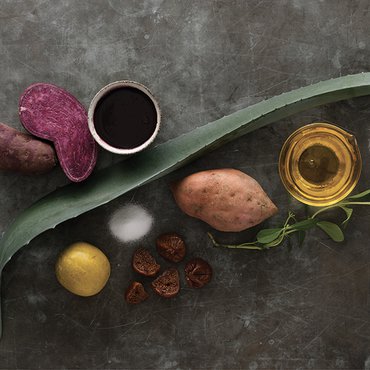 Conventional sugar’s reputation is suffering. According to Mintel’s “Sugars and Sweeteners Report, December 2016,” dollar sales of sugar and sweeteners fell five percent from 2011 to 2016 and settled at an estimated $4.3 billion in 2016. Sales of sugar, sugar substitutes, and syrup also continued to decline, unable to disassociate from sugar’s negative stigmatization and the concerns over the safety and flavor of artificial sweeteners. (Thirty-five percent of consumers surveyed by Mintel believe that artificial sweeteners are bad for their health, and that something derived from nature is more appealing.)

With ties to obesity, chronic inflammation, diabetes, and a no-no in increasingly popular diets worldwide, sugar has health-focused consumers rushing to satisfy their sweet tooth with plant-based options and alternatives that offer cleaner labels, good tastes, reduced calories, and in some cases, added nutritional benefits. Simultaneously, producers are rethinking and revamping product formulations.

“With more consumers familiar with the glycemic index and choosing products that are lower on that scale, producers are feeling the pressure to include more natural sweeteners in their recipes, scrambling to find alternatives, bragging when they do, and even touting attributes before taste,” notes Amelia Rappaport, grocery team leader, Woodstock Farmers’ Market, Woodstock, Vt., who says she’s seen the most sweetener overhauls in categories such as beverages, barbecue sauces, and desserts.

Mintel reports that 84 percent of U.S. adults are limiting the amount of sugar in their diets, with a third of consumers limiting sugar intake more than they were a year ago. Thirty-five percent want food and drink companies to do more to reduce the amount of sugar in products, while 34 percent say these companies should make it easier to understand how much sugar is in their products.

And, when looking to buy food and beverages that they consider healthy, high-fructose corn syrup, white sugar, and artificial sweeteners are among the top five things consumers report they avoid.

Even the FDA has taken heed. For the first time in over 20 years, it’s updating its Nutrition Facts Panel, mandating manufacturers to disclose added sugars front and center on their labels.

From sweet potatoes and dates, to honey, monk fruit, and more mellowed-out stevia, here are some trends in the alternative sweetener category that are gaining traction in packaged goods.

With health and wellness one of the biggest drivers behind the adoption of alternative sweeteners, natural, unrefined ingredients like fruits, vegetables, and raw honey, especially those making non-GMO and organic claims, are becoming go-tos.

“Lots of people struggle with satisfying a sweet tooth,” says Rappaport. “So, they look for the least of the evils when it comes to sweeteners, trying to avoid HFCS and replacing it with things like honey and monk fruit.” She touts raw honey-sweetened Elements Truffles and Ethereal Confections Sugar-Free Bars sweetened with erythritol and organic stevia, as popular non-conventional sugar indulgences.

According to Mintel, honey is perceived well, with 75 percent of consumers indicating that it is healthy, and 38 percent rating it the healthiest option, followed by stevia, raw cane sugar, agave, monk fruit, coconut sugar, and maple syrup.

“In the natural channel, raw honey is driving 68 percent of the net growth within the Honey and Syrup category, partly due to the popularity of the Paleo diet,” notes Koslosky, pointing out that raw honey claims to be more nutritious than non-raw honey because it retains the natural vitamins, enzymes, and nutrients that are typically lost through processing.

While raw honey has nutritional benefits, it’s not an option for many vegans. Sweet potato juice concentrate could be the next natural sweetener showcased in baked goods, protein bars, and more. It is low on the glycemic index, a solution to high-fructose sugars, vegan-friendly, and mildly sweet.

Gearhart says manufacturers should see its potential in protein shakes and bars, and to naturally sweeten creamy soups. It also comes with a health halo.

Amidst growing demand for low-calorie beverages, stevia has been a frontrunner in the sweetener category, with increased applications in RTD teas, flavored waters, and protein drinks. According to a report by MarketsandMarkets, the stevia market is projected to grow at a CAGR of 9.5 percent from 2017, to reach a projected value of $771.5 million by 2022.

“The most popular alternative sweetener that my patients ask me about is stevia,” Gearhart says. “It’s calorie-free and tastes very sweet, making it a no brainer for those attempting to lose weight or control their blood sugar levels.”

But, while many consumers prefer it to artificial sweeteners, it still has a stigma associated with an off-putting aftertaste.

“Stevia in moderation is a better alternative than raw sugar in products, and this is especially true in the diabetic population,” Gearhart continues. “However, it is important for consumers to be aware that these products are more expensive than sugar and have slightly dissimilar taste and aftertaste and may cause gastrointestinal issues.”

Manufacturers are working to improve upon the taste, and balancing flavors to mellow the bitterness is key.

“It does seem that newer products with stevia taste better, in part because of strategic blending with other sweet ingredients, including cane sugar. Science and technology will soon have new styles of stevia that address off-tastes, and that could be a game changer,” observes Kara Nielsen, vice president, trends and marketing, CCD Innovation, Oakland, Calif.

Global flavor houses like Synergy use proprietary ‘sweetness enhancers’—what flavor chemists and senior food technologist Janice Bryl and Margaret Walther, respectively, describe as “natural flavors that round out the backend of the stevia and complement the sweetness profile.” Other ingredient suppliers like Cargill have launched EverSweet, a zero-calorie sweetener made with Reb M and Reb D, compounds found in less than one percent of the stevia leaf. EverSweet is produced via fermentation while isolating and processing the compounds with baker’s yeast to create, according to Cargill, an “improved sweetness quality without bitterness or licorice aftertastes associated with stevia leaf extracts at high use levels.”

“Reb D and Reb M will have a cleaner taste and less bitter profile, notes both Bryl and Walther. “But, will be more expensive.