Ms. Rebecca Terrell of New American Magazine writes about the Pollinator Health Task Force in a recent post, stating: “One year and $82 million after the Obama administration launched its Pollinator Health Task Force, honey bee colonies are doing great — just as they were one year before the advent of Obama’s costly initiative. In fact, 2014 witnessed a 20-year high in numbers of managed honey-producing colonies, according to the most recent data available from the U.S. Department of Agriculture (USDA).”

Ms. Terrell discusses the gray areas surrounding Colony Collapse Disorder (CCD) (“With no dead bees to examine, pathologists remain at a loss.”). Nevertheless she states, “U.S. honey farmers have maintained fairly steady hive totals over the past two decades. Honey-producing colonies numbered 2.77 million in 1994, 2.56 million in 2004, and 2.74 million in 2014. How have they managed it? Quite simply, seasonal die-offs are nothing new, and beekeepers know how to deal with them. They buy new bees.” Other evidence of honey bees doing well, she says, include increased sales in queens and package bees, near doubling of honey prices in the grocery store and pollination fees roughly doubling in the last decade.

Ms. Terrell contends it’s taxpayers who are really getting stung by the initiative. The federal government spent $48 million in 2015 to address pollinator health, as explained on page 14 of the White House’s 58-page treatise, the National Strategy to Promote the Health of Honey Bees and Other Pollinators. “What good came of the $48 million worth of programs she asks? ‘These efforts have proven insufficient to reverse declines,’ she quotes from the document, adding ‘the authors of which are clearly oblivious to USDA data. Yet in keeping with its characteristic never-let-a-contrived-crisis-go-to-waste approach, the Obama administration upped this year’s funding by more than 70 percent to $82 million. This includes $56 million for the USDA to perform ‘research and associated statistical survey programs. In other words, an additional $56 million swarm of bureaucratic paper pushers on Capitol Hill. Would it be unrealistic to expect that in 2017, the White House is going to report words to the effect that these efforts have proven insufficient to reverse declines?’ ”

This is quite an indictment and deserves scrutiny. A June 29, 2014 Presidential Memorandum mandated the creation of a federal strategy to promote the health of honey bees and other pollinators, containing the following tasks: 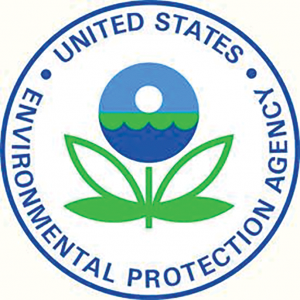 Establishing the Pollinator Health Task Force. There is hereby established the Pollinator Health Task Force (Task Force), to be co-chaired by the Secretary of Agriculture and the Administrator of the Environmental Protection Agency. In addition to the Co-Chairs, the Task Force shall also include the heads, or their designated representatives, from over 14 different official departments and such executive departments, agencies, and offices as the Co-Chairs may designate.

Many of these departments have now produced specific plans based on this mandate (80 pages).  Of major significance are  those  developed by the two agencies that make up the task force,  United States Department of  Agriculture (USDA) and the Department of Environmental Protection (EPA).

“This memorandum shall be implemented consistent with applicable law and subject to the availability of appropriations.”  Here’s the rub; will Congress appropriate the funds as noted on page 14 of the main document listed below, or will this have to come from funds re-directed by departments and agencies?

On May 19, 2015 The White House announced new steps in the pollinator health initiative. The Task Force selected are two agencies, USDA and EPA.  The Task Force Strategy  (58 pages) including provisions detailed above was unveiled with three overarching goals:

It was accompanied by the science-based Pollinator Research Action (92 pages), which outlines the needs and priority actions to better understand pollinator losses and improve pollinator health. These actions will be supported by coordination of existing Federal research efforts and accompanied by a request to Congress for additional resources to respond to the pollinator losses that are being experienced. 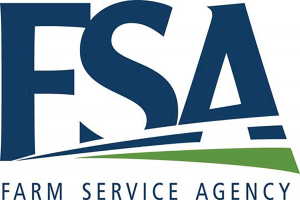 Again, it is not clear whether this funding is newly appropriated or not. NIFA

the major recipient of funding requires some explanation. The National Institute of Food and Agriculture essentially replaced The cooperative State Research and Education and Extension Service.  It is responsible for coordinating federally funded agricultural research under the Department of Agriculture and will be soliciting and funding grants for the initiative from a wide array of sources.

On August 10, 2016 a “refresher” was issued on the initiative.  It includes nineteen projects that are in full swing, including:

National, statistical, metrics on honey bee colony numbers have been revamped to include all beekeeping operations. This will provide a robust baseline against which we can apply our expanding research knowledge on causal factors and best practices to mitigate losses;

The monarch butterfly migration research showing improvement in 2015-16 due to ideal weather conditions and early on-the-ground habitat efforts.  However, an early spring snowstorm in the overwintering forests in Mexico is  reminder of the tenuous nature of this situation.

On June 22, 2016 the White House released the Pollination Partner Action Plan (PPAP) building on Federal actions to improve pollinator health by facilitating additional state and private-sector engagement.  The PPAP furthers President Obama’s original June, 2014, memorandum on the plight of the pollinators.  As he made clear, ultimate success can only be achieved through an “all-hands-on-deck approach” to create the necessary long-term change and fully internalize the value of these creatures to our well-being.

Clearly this initiative begun by the President is a huge effort in a lot of ways, incorporating several extremely large-scale documents (almost 300 pages in total) and is expected to generate efforts of similar magnitude. The objectives include all pollinating organisms, and is especially strong in terms of habitat management. Ms. Terrell’s indictment focusing on it as a boondoggle for beekeepers and honey bees is too narrow given the scope of the proposed effort.

Beyond Ms. Terrell, others are not happy with the initiative. The Center for Food Safety among others is concerned that there is little mention of the effects of neonicotinoid pesticides on honey bees, which the believe is the main issue affecting all pollinators.  Their conclusion: “… the best management practices  (44 pages) for creating habitat on federal lands weakly encourage officials to “try to keep portions of pollinator habitat free of pesticide use.” But unless you get rid of pesticides altogether, this simply is not possible.

A major effort to look at reactions to the Strategy from the viewpoint of various other organizations and potential contributors was published on November 20, 2016. It offered a range of samples from the Strategy’s Action Plan and opinions that were generated from Bayer Crop Science, the Xerxes Society, Honey Bee Health  Coalition, EPA, Washington Post among others. Notably, it includes some strong critics of the status quo who are sounding hopeful – and watchful.  One wag asked the question, “Is it smoke and mirrors or bountiful possibility?

Meanwhile, the White House Pollinator Health Task Force is going forward full speed ahead with its activities. The initiative is simply too big an effort (four major publications with over 300 pages) and two years in the making to tell how much effect it will actually have on honey bees, beekeepers, regulators and the general public.

It will be up to the public and others interested in the results of this initiative to be invested in the measuring of its success as noted on page 13 of the Strategy:

“Periodic follow-up and reporting of agency performance is also vital in demonstrating to the public the Federal government’s commitment to reversing pollinator declines and improving pollinator health. To this end, Task Force agencies are to report annually on all metrics to the Task Force Co-Chairs, who will publicly disseminate the results on an annual basis so that the general public can monitor the progress each agency is making in fulfilling the commitments detailed in this Strategy, including collaboration with public and private stakeholders.”  A beginning is the “refresher” mentioned above from the USDA.

An overriding concern will be whether funding is secured in the Fy 2017 budget to continue this important work. Given that a new President will take office in the near future, those interested in the health of the initiative itself should be making plans to do their utmost to support it in the future.

It is important to understand that the budgeted funds on page 14 of the main document noted above have already been appropriated by Congress. The agencies involved and are simply being redirected by the President toward the goals of the pollinator initiative’s strategic plan.  Looking at the numbers in the task force document as new money being appropriated strictly for the pollinator initiative is incorrect.  Only Congress can appropriate funding not the President himself.  This leaves us with the fact that almost any project from the agencies listed in the task force document on pesticides, butterflies, honey bees, other pollinators, planting seeds and other agricultural activities etc. might be attributed to the President’s initiative.

Ms. Terrell conclusion continues to be way off base when she says, ”despite all the buzz over a supposed ‘beepocalypse,’ the real tragedy is rampant, unconstitutional government waste on an issue that should be left for beekeepers and the free market to handle on their own. Somebody needs to tell the feds that it’s none of their darned beeswax.”   As one way put it, “From my y reading, the author of that article is neither a beekeeper nor a farmer reliant on pollinators.

A much fuller report on this is found on the world wide web via http://tinyurl.com/hhuk6je, which allows access to all underlined links, including the publications making up major parts of the Strategy: Main document: National Strategy to Promote the Health of Honey Bees and Other Pollinators (58 pages); Research Action Plan backing up the main Document (95 pages); Habitat Restoration Best Management Practices on Federal Lands (44 pages); Pollination Partner Action Plan (PAPP) to bring the general public into the initiative (24 pages); Appendages of the Strategy showing departmental-specific Plans (80 pages).