A recent spate of articles/comments in Bee Culture has focused on the effects of pesticides on honey bees.

These tend to emphasize broad-ranging conclusions about these substances that are currently in vogue. They incorporate the roles pesticide manufacturers, regulators, researchers, beekeepers and the general public play in keeping specific points of view foremost in the minds of the general public. Unfortunately, these efforts are all too often not capable of creating a more discerning audience. With this in mind, the following is offered:

In an effort to manage the environment, humans have over a long period of time collectively developed chemicals known as “pesticides.” This generic term seeks to bring all the “killing” substances or “cides” under one big umbrella, which includes insecticides, fungicides, herbicides, among a raft of others. “Killing” has become a loaded word over the years, so practitioners have increasingly turned to using the word “control” instead. Presently many of those intimately involved with these materials refer to themselves as “pest control operators.” “Integrated Pest management” or IPM is another concept becoming more prominent. It indicates a relatively more-nuanced idea that pests should be “controlled” only when a certain damaging threshold is reached, and this might mean employing a number of techniques, including possibly physical, biological and chemical means together.

The first pesticides found to be damaging to honey bees were those being applied to agricultural crops, usually as dusts, such as mercury and arsenic. They were broad spectrum, inorganic and extremely dangerous materials, often derived from chemical warfare agents. It took some investigation by beekeepers and others to finally prove these inorganic chemicals were the culprits in large-scale honey bees kills.

Subsequent research has developed a number of types of alternative synthetic “organic” pesticides, which are more targeted to certain organisms, often insects. Thus, synthetic organic chemicals have increasingly displaced the dangerous inorganics beginning around 1946, when it was discovered that human lice populations were susceptible. The organic food industry further distinguishes between naturally occurring (found in nature) compounds and those that are manufactured (synthetic), often blurring the lines between the chemical definitions of organic versus inorganic.

The most important and effective rules for insecticide use over the years have generally employed the words, “do not apply when honey bees are present and/or plants are in bloom.” This is prominently displayed on many chemical controls via the product label, which is now approved by the Environmental Protection Agency (EPA) for each registered pesticide.  The “label is the law” has also become a mantra for most organic insecticides, including those used by beekeepers themselves. The safest thing is not to use a pesticide at all, but if necessary the label’s directions usually provide the most effective control, while minimizing impact on non-target organisms.

As a result of severe losses of honey bees across the United States due to increased used of organic insecticides, Congress passed the Beekeeper Indemnification Payment Program in 1970. This reimbursed beekeepers for chemical losses and was retroactive to 1967. The program was abandoned, however, because it appeared to do little to solve the basic problem, and there were increasingly rumors of beekeeper abuse. In 1970, the Environmental Protection Agency (EPA) was also established to develop regulations that were designed to reduce environmental challenges, including “protecting” honey bees, and also beekeepers, from insecticide losses.

The introduction of Penncap-M®, a microencapsulated insectide, caused beekeepers much difficulty in the late 1970s and 1980s. The small capsules that contained the insecticide were thought at first protect human applicators. But unfortunately they mimicked pollen, and so were inadvertently collected by adult honey bees, brought back to the nest, and fed directly to the brood. The encapsulated material, methyl parathion, did not necessarily target honey bees, but was extremely toxic due being directly introduced into the colony as food. Fortunately the material is no longer in widespread use and its “honey bee killing” attributes are now well known.

Over the years, research has looked at a number of classes of insecticides based on their chemical structure. Major types so far include pyrethrins (pyrethroids), carbamates, organophosphates, organochlorides, and the current new extremely controversial class, neonicotinoids. As these materials were developed and then marketed, it became apparent that each affected honey bees differently.

Thus, the answer to the question posed in the title of this piece always has been, “it depends.” Press releases and those who aren’t into digging into the toxic details of materials tend to want to stick with “yes” or “no” answers, when in reality for honey bees it’s always been about “relative risk,” sometimes referred to as “hazard.”

Starting as early as the 1960s in fact, university researchers concentrated on direct effects of insecticides on worker honey bees. Most kills were diagnosed fairly easily by simply looking at the entrances of colonies, often clogged with workers poisoned in the field that just made it back to their parent colony before dying. 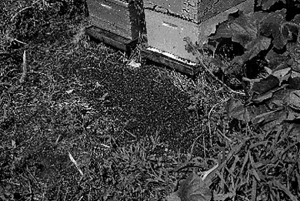 In “Effects of Pesticides on Bees,” by L.D. Anderson and E.L. Atkins Jr. published in California Agriculture, December 1958, the authors stated: “To study the pesticide problem, research studies have been in progress since 1950. Precision laboratory test methods were devised for studying, primarily, the contact effect of pesticide dusts on honey bees – during the past eight years – more than 100 pesticides and nearly 100 pesticide diluents have been compared. In addition, to laboratory tests, over 25 large-scale field tests were made during the past five seasons with commercial application of pesticides in blooming seed alfalfa fields.”

From these studies, investigators were able to categorize the materials into several groups of “relative toxicity,” ranging from the highly toxic (should not be used around bees); to those that can be applied “when certain precautions are used”; moderately toxic (not to be applied directly on bees); and relatively nontoxic (applied around or associated with bees.) This was based on what is known as the LD 50 level, the amount of material needed to kill 50 percent of a relevant population.

These data were collected over a long period of time and became the basis for many cooperative extension bulletins assisting beekeepers in helping their bees survive. Fortunately, much of this information has been conserved and is readily available in C.A. Johansen and D.F. Mayer, Pollinator Protection: A Bee & Pesticide Handbook, Wicwas Press, 1990 (reprint). It is also available in a condensed manner in a smart phone application (APP) How to Reduce Bee Poisoning From Pesticides https://catalog.extension.oregonstate.edu/pnw591.

The model described above began with university researchers looking first at direct exposure and then ingestion of toxins by adult honey bees. This practice was abandoned in the 1990s and replaced by private enterprise, incorporating a paradigm shift in the regulatory process, which now contracts out much of the testing via the National Alliance of Independent Crop Consultants.

In the current environment, testing for toxicity has become increasingly complex with increased use of formulated products, sometimes more risky than their main active ingredient alone. Potential registrants are also now being asked to look at larval versus adult honey bees, along with sub-lethal and/or chronic effects, and increasingly, exposure of non-target species. Fortunately, the Environmental Protection Agency (EPA) continues to modify its risk assessment for pollinators, including bees. The current application environment also sports a bewildering number of tank mixes and various adjuvant possibilities that pose practical consequences when deployed in the field. After-the-fact mixing is possibly the most troubling application area, exacerbated by “pesticide cocktails” administered by “chemigation.”

Given the current situation, it is no wonder that scientists, beekeepers and general public alike are wondering how to judge claims by an increasing number of information sources about the effects of pesticides on honey bees. This has especially been ramped up since appearance of so-called “colony collapse disorder” that appeared in 2006.

A key to this conundrum is found in the 1958 paper referenced above: “Precision laboratory test methods were devised for studying, primarily, the contact effect of pesticide dusts on honey bees…”  The methods and data of these pioneering studies were open to viewing by the public and scientists in general. Fortunately, they have been preserved in various documents over the years and continue to be available in the book mentioned above by Johanson and Mayer.

The basic research model in that volume is entitled, “Sequential Testing for Bee Hazard,” and consists of four basic steps to “…decide the toxicity and hazard of a pesticide”:

Finally, a detailed flow sheet called “A Sequential Testing Scheme,” was developed to guide practitioners through the process. Again, the key to the success of this system was its transparency and that the techniques were agreed upon and collectively recognized as suitable by most experts in the field.

Another way to look at these in the modern setting is they were “Good Laboratory Practice (GLP),” at the time. The specifics of GLP are critical to provide confidence in the accuracy and precision of measurements. Conforming to them weeds out careless, undefined, and erroneous observations.

A specific case comes to mind with reference to one protocol of many that examines pesticide toxicity to honey bee larvae in the current research environment: 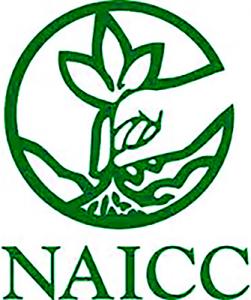 The technique used here is an “improved in vitro rearing method” featuring a unique suite of controls. Experimental controls are vital in any kind of research. They are basically the only way results can be compared with any degree of confidence. In this protocol, three specific controls were used: Positive, Negative and Solvent. A recent so-called “ring test” revealed an 85 percent congruence (13 of 16 laboratories agreeing) among potential testing facilities that this procedure be adopted as a routine part of honey bee larval environmental risk assessments.

Now comes word that research on enzymes in honey bees showing they detoxify certain pesticides is opening up a new line of inquiry. A specific subfamily of enzymes appears to be involved. In a recent paper, “CYP9Q-mediated detoxification of acaricides in the honey bee (Apis mellifera),” published by Wenfu Mao, et.al., PNAS August 2, 2011. 108 (31) 12657-12662; , the following appeared: “Results of this appear to show that in-hive acaricides (chemicals used for mite control), including the pyrethroid tau-fluvalinate and the organophosphate coumaphos might be rendered less toxic due to these.”

And on the heels of this, a further joint study has discovered these might also render some neonicotinoids less poisonous. “Identifying these key enzymes provides valuable tools to screen new pesticides early in their development to see if bees can break them down,” said Professor Chris Bass, who led the team at the University of Exeter.

Dr Ralf Nauen, insect toxicologist and lead investigator of the study at Bayer added: “Knowing the mechanisms contributing to inherent tolerance helps us and regulators to better understand why certain insecticides have a high margin of safety to bees.”

“The knowledge from our study can also be used to predict and prevent potential harmful effects that result from inadvertently blocking these key defence systems, for instance by different pesticides (such as certain fungicides) that may be applied in combination with insecticides.”

Professor Lin Field, Head of the Department of Biointeractions and Crop Protection at Rothamsted Research added: “Some neonicotinoids are intrinsically highly toxic to bees but others have very low acute toxicity, but in public debate they tend to get tarred with the same brush. Each insecticide needs to be considered on its own risks and merits, not just its name.”

Another tack on protecting honey bees from pesticides comes from researchers at Washington State University, who are developing a new material that attracts pesticide residues in honey bees. They are introducing certain micro-particles in the digestive tract that act like a sponge, absorbing minute amounts of toxic materials that increases a honey bee worker’s life. Testing is continuing.

All this, of course, leads us full circle back to the question, “Do Pesticides Kill Honey Bees?” Could a future answer to this question in fact, be a qualified no?