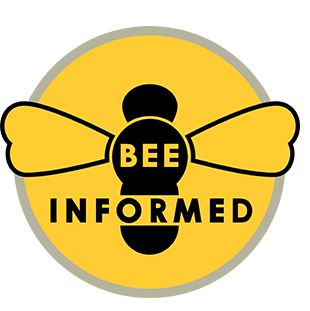 Scientists from eight universities across the United States are tracking the health of honeybees in a partnership funded by the U.S. Department of Agriculture.

The $5-million partnership, which includes beekeepers, now is its final year tracking hive losses and documenting beekeepers’ best practices as a way to mitigate losses.

James Wilkes, chairman of Appalachian’s Department of Computer Science, says the partnership has collected a lot of data.

“The next step is determining what it all means,” Wilkes says.

More than 6,000 beekeepers from across the U.S. participated in the partnership’s recent survey.

Wilkes and his team of four undergraduate students from Appalachian and a computer programmer from the University of Tennessee were responsible for building the database infrastructure for the project allowing beekeepers to submit their information, and the scientists to generate reports based on the data collected.

Beekeepers provided information about the number of bees they keep, how many they lost each year, what their management practices are and techniques they use to manage their bees, among other information.

Wilkes says the information is important for both the backyard as well as commercial beekeepers.

“The information is collected with the idea that the epidemiologists can look at the data and come up with correlations between particular practices and hive loss,” he says.

The data collected since the project began indicates that beekeepers who treat their bees for the Varroa mite experience fewer losses than beekeepers who don’t treat for the parasite.

Beekeepers in North Carolina who responded to the survey reported they lost 41.5% of their honey bee hives in 2014-15. Nationwide, the number of hives lost was 42.1%.

Wilkes says beekeepers in five states reported losses between 60% and 63%.

When the USDA grant ends next year, members of the Bee Informed Partnership plan to continue their research.

“We want the grant work to continue,” Wilkes says. “Our goal has been to build a sustainable business model.

“We have formed a non-profit organization to carry on this work after the original grant ends in May 2016. Our vision of the program is to identify the best management practices in the current climate of beekeeping. If enough people change a few things, we could reduce the overall loss.”

The partnership can be found at http://beeinformed.org