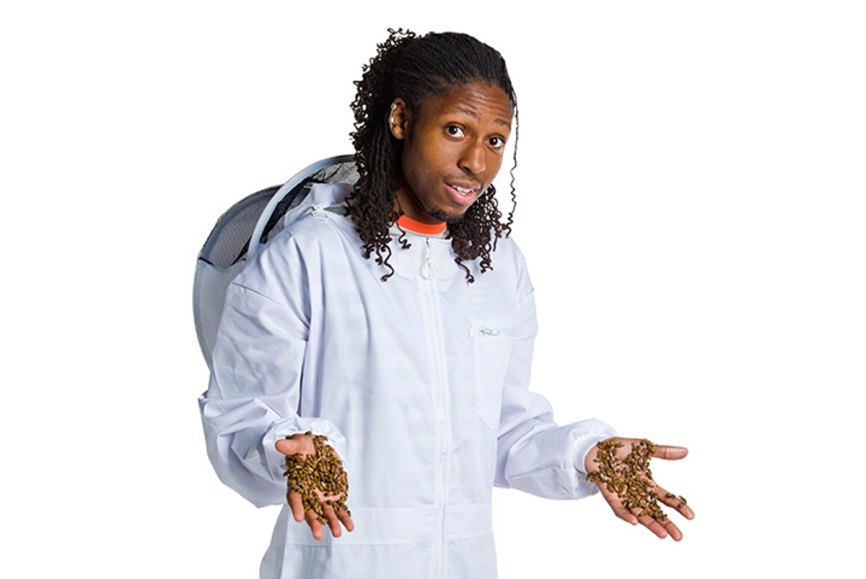 Trekking through the mountains of Thailand’s Mae Rim Colony, University of Maryland doctoral candidate Samuel Ramsey follows a ‘honey hunter’ to a buzzing beehive searching for the microscopic parasite he believes is responsible for the global decline in honey bee populations.

Ramsey’s research on the Varroa destructor mite’s dieting habits was the focus of his project for Universitas 21’s Three-Minute Thesis contest, which challenges research students to communicate the significance of their work to a non-specialist audience in just three minutes, according to its website.

On Tuesday, officials announced that Ramsey — who was one of hundreds of participants from 11 countries and among 17 graduate students who advanced to the final round — won both the People’s Choice award, which is decided by an online public vote, and the judge’s First Place award, which is decided by a panel of international judges consisting of industry and academic professionals, according to the Universitas 21 website.

“It turned out to be far more challenging than I anticipated to actually take several years of research and sum the entire thing up in just three minutes,” said Ramsey, who has been conducting research in Thailand since September.

Ramsey has spent nearly a decade studying the predatory behavior of insects and arthropods. Much of his research has involved biological control agents — insects, parasites and pathogens that can be employed to combat pests.

“A lot of the parasites and predators that I’ve worked with have been the good guys,” Ramsey said. “About two and a half years ago, my advisor asked if I’d be interested in switching sides — looking at the parasite as the bad guy. I found that really interesting.”

Within 10 years of the introduction of the invasive Varroa mite, almost all of the wild honeybee population worldwide was wiped out, Ramsey said. Some regions of the United States lost more than 80 percent of managed honeybee colonies due to an infestation in the mid-1990s.

In his thesis, Ramsey challenges the traditional understanding of how the Varroa mite feeds on its prey. For nearly 50 years, entomologists have said it feeds on the blood of the honey bee. But Ramsey found evidence suggesting the parasite feeds on the bee’s fat body tissue instead.

To reach this conclusion, Ramsey conducted three different tests. First, he took a sample of bees affected by the Varroa destructor and observed where the mites were feeding on their bodies. The mites, he said, all fed in the same location: the fatty liver.

Next, Ramsey stained the fat body and blood with fluorescent material and found that the mites had ingested large amounts of fat body. Afterward, he set up an experiment in which some mites were prescribed blood-based diets, while others were prescribed fat-based diets, and he found that mites feeding on fat bodies survived far better and produced more eggs than those feeding only on blood.

Ramsey’s thesis also argues that current methods of controlling the parasite are not only ineffective, but might also enhance its resistance to pesticides because they are designed to combat an organism that feeds primarily on blood.

“To me, Sammy’s success portrays not only his ability to do good science but also to communicate science, which is always difficult to do,” said Dennis vanEngelsdorp, Ramsey’s advisor.

Ramsey said he was grateful for vanEngelsdorp and for his parents, who both have inspired and supported him in his research.

“Dinner with my parents in the evening when I come back from the lab is a lot like a three-minute thesis,” Ramsey said. “Neither of them are entomologists, so I have to really find ways to explain things without using convoluted, unhelpful terms.”

Ramsey will return to the United States this month. He is unsure whether he will continue to research the Varroa mite, but he plans to work with honeybees and beekeepers for the foreseeable future.

“It’s always nice when research that we do benefits the public,” said Jeff Franke, assistant dean of this university’s graduate school. “You can’t do it any better than Sammy has. He is integral to the management of bee colonies and hives.”