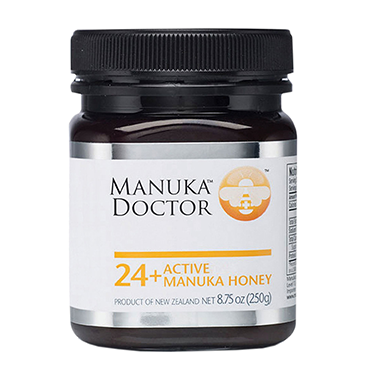 Australian honey producers have been stung by the news that New Zealand’s honey industry is in the process of trying to trademark the word “manuka” around the globe.

AMHA Chairman Paul Callander explained to Xinhua on Monday the function of the new organization is to ensure international governments understand the product is also native to Australia.

“The Australian Manuka Honey Association will strive to ensure Australia’s manuka honey gets a fair go in the global marketplace,” he said.

“Our new association is determined to protect the integrity and reputation of Australian manuka Honey.”

Considered a superfood, the buzz around manuka honey comes from its “healing power” and anti-inflammatory properties.

Containing methylglyoxal compounds, the product is able to fight off superbugs and heal cuts and wounds.

Callander said if the campaign by New Zealand is successful, it would have a severe impact on the capacity of Australia’s industry, as the product is highly sought after around the world and fetches a premium price overseas.

One of the New Zealand honey producers are attempting to trademark is China.

“Around 40-50 percent of the world’s manuka honey is sold to China.”

“So we won’t be giving in without a fight.”

New Zealand claims the honey as their own because manuka is an indigenous Mori word.

“It’s interesting that the Moris in New Zealand didn’t produce honey … there was no honey produced in New Zealand until the European bees came over there so it was just their name for the tree,” University of the Sunshine Coast senior chemistry lecturer Dr Peter Brooks explained to local media.

“But the same name has been used in Australia for about 150 years. There are newspaper articles going back to the mid-1800s talking about manuka plants growing in Australia.”

Australian beekeepers argue that because leptospermum plants which produce the honey are native to both countries, the word manuka should not be trademarked by either.

“They were first to come up with the activity so they’re thinking Australia is riding on their coattails, which we may be true to a certain extent,” Brooks admitted.

“But the fact that we’ve got the same product as them makes it very difficult to say that Australians can’t call the same honey by the same name.”

“If you look at the chemical profiles of these honeys, it’s almost indistinguishable, they are essentially the same honey.”

And More of the same….

A move by New Zealand honey farmers to trademark the word “Manuka” has been vigorously opposed by their Australian counterparts.

In response to the trademark application in New Zealand, the Australian honey industry has collectively formed the Australian Manuka Honey Association, which will formally oppose any attempts to monopolise international naming or market rights.

Nearly all of Australia’s leading Manuka honey producers, including ASX-listed Capilano Honey Limited, are backing the formation of the new Association, as is the Australian Honey Bee Industry Council.