It’s not often that a person is able to merge their passion (beekeeping) with their profession (Crop Insurance). 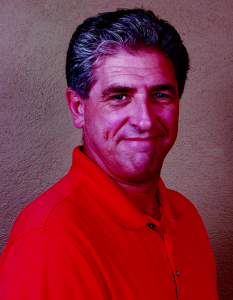 So, when I became aware last year of the new Crop Insurance program for beekeepers, I was immediately interested. Last year I spent a couple of weeks and months learning about the program and came to the conclusion that in most cases, it was a viable Risk Management tool that most beekeeper operations, big or small, can use to help manage their financial risk. Here is the program in a nutshell.

According to the USDA, honey bee colonies currently produce about 163 million pounds of honey in the United States. Just as important, is the pollination of many crops across our country. As you know, many things both manmade and natural can affect a colony’s health as well as the bees’ level of production in any given season. At the same time, the weather is unpredictable and can bring frost, hail, hurricanes, drought and freeze which can affect a crop’s ability to produce buds, blossoms or even foliage in some years. As a result, weather can affect a colony’s ability to forage and in turn, limit their ability to produce.

Insurance can provide a safety net to protect the income of beekeepers who raise and care for honey bees for the purpose of, but not limited to, the collection of pollen, honey, and wax production, and breeding stock.

Determining how to insure apiculture was no easy task. Our country has a vast variety of plants and crops, often with different species and each with its own seasons, light and water requirements and other climate conditions. A colony’s production can be significantly affected by many of these factors as well. Due to this variability, rather than determining how much a particular colony produces, the Risk Management Agency’s (RMA) Apiculture Pilot Insurance Program (API) insurance uses lack of rainfall in a specific area or areas called grid locations to determine when a loss payment is due.

Grid locations are approximately 17 miles square and are chosen by the beekeeper based on the location of apiaries or land that is owned or leased. Grids which cross international borders are not eligible for selection. The colonies do not need to physically remain within these locations to be insured, and all or just a few of the colonies can be insured. Beekeepers can only insure bee colonies that they own or have a share in the ownership and he/she cannot insure more colonies than he/she owns.

The grids used in the Rainfall Index Apiculture insurance are determined by the National Oceanic and Atmospheric Administration (NOAA), specifically the Climate Prediction Center (CPC) data. This data includes items such as how much precipitation is received, the temperature fluctuations within a day, snow cover, as well as atmosphere and oceanic conditions which can affect weather patterns. As a result, a long-term average for a specific area is generated as well as a timeframe.

How does it work? In addition to a grid area, the beekeeper selects at least two two-month periods during the year when rainfall is essential to the colonies, as well as the number of colonies that need to be insured. A coverage level is selected between 70 and 90 percent which helps determine the trigger point for a loss payment.

The last selection is a productivity factor which matches the amount of protection to the value of the production that best represents the operation and the productive capacity of the colonies. While not all of the colonies need to be insured, a beekeeper cannot insure more than the total number of colonies owned. By selecting a productivity factor, a value between 60 and 150 percent of the county base value is established, which is based on honey production and uses a five-year rolling average of USDA National Agricultural Statistics Service (NASS) data. The yield data is based on the NASS state average and the price is the national average honey price for a given year.

Final insurance payments are determined by using data from the National Oceanic and Atmospheric Administration Climate Prediction Center for the grid(s) and index interval(s) the beekeeper has chosen to insure. When the final grid index falls below the policy’s Trigger Grid Index, an indemnity may be received. This insurance coverage is for a single peril, lack of precipitation.

How do I get paid? There is no action required by the beekeeper. A payout is generated when the amount of rainfall in a chosen grid area drops below a percentage of average, which was chosen at the time of application by the beekeeper. Loss payments are sent automatically no more than 60 days after the final grid index is released which may occur before the premium is billed.

Rainfall Index Apiculture insurance does not require a historical record of a specific colony’s production. And, since average rainfall patterns and historical averages are used, an onsite inspection by an adjuster is not needed. Remember, coverage is not based on rainfall on a specific farm, orchard, ranch or weather station. Similarly, coverage is not dependent on one colony”s lack of production, collapse or bee death.

How much does it cover and what is the cost? The Rainfall Index Apiculture insurance program provides more coverage than the Farm Service Agency’s Noninsured Crop Disaster Assistance Program (FSA-NAP) program. Thanks to Federal government premium subsidies, the cost of insurance may be reduced by more than 50 percent.

How do I sign up? Insurance is offered within the 48 contiguous states and must be purchased by November 15. Premium is not billed until September 1 of the following year. Although the insurance is offered by the Federal government, specifically the USDA and the Risk Management Agency (RMA), private insurance companies work with trusted agents to administer the policies. We recommend that you sit down with a trusted insurance agent to review all of your options.

Some of the benefits of insuring your colonies through your crop insurance agent are:

You will be asked by our crop insurance agent to make a few simple selections to establish values which represent your operation’s specific risk factors. You and your agent will access the grid locator and decide which grids are right for you. Your agent will also use the Apiculture Decision Support Tool to view previous years’ data and calculate what your indemnity might have been using similar elections compared to past data.

We recommend working with your crop insurance agent to view the decision tool, map, and historical indices for your area. It is important to review the historical indices for your area to make sure that this product is helpful to you since the Rainfall Index Apiculture policy does not measure your direct production or loss. For more information on the Rainfall Index Apiculture policy, see ProAg.com/Apiculture.

Todd Harris is a ProAg Crop Insurance Agent and beekeeper. You can reach him at tharris@harrisinsagency.com.