I’ve written quite a bit about social media, what to do, what not to do, how to start.

Now it’s time to talk more about how to run your Facebook page.  In the next article, I’m going to cover how to advertise on Facebook. Notice that these are two separate pieces. There’s a reason for that. Your Facebook page should not be a long string of advertisements.

Now you may be thinking, “but my business on Facebook is to grow my business!” I get that, but constantly trying to sell on your Facebook page is a bit like endlessly talking about yourself at a party. It gets very old and very annoying for the people around you. Eventually, they will venture off to others who are more interesting and who engage in actual conversation, not just boisterous rambling.

While there are no hard and fast rules, there are certainly best practices. Depending on your market, these will change a bit, but the overall principles remain the same.

People are following you because they do want to know what is up with your business or club, but they don’t simply want you selling to them. Again, think back to that party analogy. It’s cool to hear what’s up with your friend’s business- what cool new thing happened today, did they just remodel? How is that going? Oh bummer, did something not go as planned? Isn’t life just like that?  You don’t just need to share the good. Life’s foibles are open too.  Be human.

Don’t complain all the time of course – no one wants to hear that either. But laughing about “why did we think this remodel was going to be easy” makes your business relatable to your customers and also gives them a glimpse into behind the scenes action they likely don’t get every day.

Shipments of new product are something many businesses overlook. What does it look like when a truck full of bees or beekeeping equipment arrives?  Most people only see finished products on shelves. And people do love watching how something is constructed or what it looks like in bulk. Stuff you take for granted are things the general public finds fascinating.

All of these types of posts give your fans a view into your world.  But it also shows them that you are the expert in your field. By showing them where you operate, how you go to the farmers market or extract honey, moving hives for the Fall or whatever it is you might do, you’re allowing them to understand and know you better. You’re turning a customer into someone who feels like they know you more. And that person is much more likely to become a loyal customer rather than just someone who stops by when it’s convenient. They are much more likely to share your business with their friends, doing your advertising for you.

Now all of this doesn’t mean you NEVER put up an ad on your business page. But just like the party, you tell your fans about a sale when it truly is something they simply can’t miss. And that’s not an everyday thing.

So what do I mean here? Let’s pretend you’re a shop that sells all sorts of beekeeping supplies.  You’re not going to announce to your page that you have 10 cents off packages of honey sticks. That simply isn’t big enough news. But now let’s assume that you’re blowing out a huge, diverse selection of various merchandise in a one-day-only, 50% off sale. The sale is in-person only, and you can’t list it all because it’s all just random stuff from the warehouse, but you don’t want people to miss it because there’s lots of good stuff up for grabs. That’s the kind of thing you’d post, because, again, that’s the type of thing you’d likely tell your beekeeping friend at a party, if you knew they were looking for random things to fill out their supplies.

So you may be thinking, why be on Facebook if I can’t advertise?  We’re going to get to that in the next article. You’re going to pay for advertising. Now you may think “what a load of nonsense – I don’t want to pay! It’s supposed to be free!” Here’s the thing, you’re going to be paying less to advertise than you’ve likely paid for any other type of advertising you’ve done ever.  We’re talking $10, maybe $25.  And, when done well, you’ll wind up with far better results than any other medium you’ve used before.

Some of this will depend on your business page and the fans you have. If you’re in a market with a lot of office workers, you may find that people are checking into Facebook all day long, but especially during the week. You may find with this group that on weekends, people are off enjoying life. You can test this by trying the same type of posts during different times of the day and at various times of the week. Facebook has reports it will give you as well that will help you learn more about your audience and when they are most active. Do your best to post at times when people are most likely to see your stuff. While you may be up at two in the morning, many of your customers may not be!

If you’re a club or business that has events, make sure you create facebook events. We’ll talk about how to promote those in my next article, but this allows your fans to invite people to the event, and it also helps people remind themselves that they want to attend. You’ll want to take people’s claims that they’re “attending” with a big grain of salt, but it’s still a VERY viable way to get people interested in your event.

Pictures are a great thing to post on Facebook. As we’ve talked about in previous articles, you don’t need a perfect camera, and you don’t need to be a professional photographer to take great pictures.  A few filters on a photo from your phone can make a not so great picture look quite a bit better.  Pictures that show how things truly look are received FAR better by fans than overly styled photos.  Check out these two pictures of motorcycles. Which one do you think people preferred? It turns out the picture of the motorcycles still in their plastic wrap with the warehouse behind got a LOT more attention than the bike that looked “posed.” As I stated before, people don’t usually get to see the behind the scenes stuff those of us in the business see all the time. 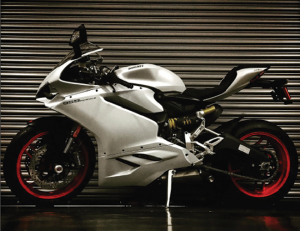 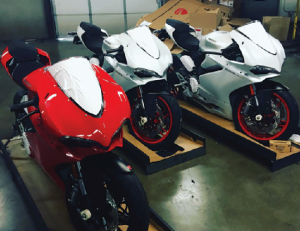 If you’re a club, show that hard work of setting up an event. If you’re a honey producer, show how much work you put into getting that honey into the bottles. Do you make beekeeping equipment? How does that work? People love to see that stuff. Show them!

And don’t forget to share the love with friends, other pages that are important to beekeeping and issues that are relevant to your local beekeeping community or the industry as a whole. Yes, by that I mean share other people’s stuff. I don’t mean sharing a competitor’s post, but if you sell beekeeping equipment, there may be a news story about beekeeping that is relevant to the industry as a whole that is worth sharing. You don’t need to write the story to share it.  Not all of the content you share should be your own.

By sharing other stories, you can help establish yourself as someone knowledgeable about the industry- a trusted source. That is a very valuable thing for your brand.

You’re probably thinking, I don’t have time for this!  Honestly, it doesn’t need to take a lot of time.  Much of this management can happen from your smartphone if you have one. And the more you do it, the more natural it will become.  It’s simply a change in the way you think about your business and marketing. Instead of just unloading that pallet of supplies, you snap a quick picture first, and once you get done and need a break, you post it up to Facebook.

So keep your Facebook page for sharing content your fans want to see, interesting stuff, don’t forget the behind the scenes stuff you have seen so much it’s boring, but your fans have never seen before, and we’ll talk about spending tiny amounts on advertising in the next article.