Ag Chemicals, It Seems, Are A Problem

The hot topic across global financial markets at the moment is Greece. Greeks are experiencing serious monetary woes but it seems like their honeybees aren’t doing too well either. According to beekeepers and scientists, systemic pesticides are increasingly causing bee losses and many would argue that the country now suffers from Colony Collapse Disorder symptoms (CCD) as well.

Beekeeping in Greece is very much part of its history and rubric. There are a total of 1.5 million beehives. In fact, Greece ranks number two in the world (after Hungary) when it comes to apicultural density: about 11.1 beehives per sq. km. Meanwhile, golden liquid flows in abundance, free of genetic modification and gleaned from vast, uncultivated lands. All Greek honey is, by default, GMO-free, given that genetically modified crops are (still) prohibited from being grown. Pesticides on the other hand are a different ball of wax.

“We’ve had a lot of problems with pesticides – in all of Attica, mostly in the south,” says associate researcher and apiculturist, Dr. Sofia Gounari. It’s the day of Greece’s ultimately pointless referendum and Gounari has agreed to rendezvous with me at “Demokritos,” the National Centre for Scientific Research in Athens, as I explore the state of bees and beekeeping in Greece. She keeps 16 colonies here in a dry field, safe from theft.

She remarks that it’s actually good to be in the bee yard today, thinking of nature rather than the country’s future and the terms of Greece’s EU bail-out deal. To observe the capped brood and honey flow, Gounari pries a few frames out with a hive tool; unfortunately she didn’t harvest much honey this year due to bee losses.

“Because of systemic pesticides?” I ask. (www.honeycolony.com/article/systemic-pesticides-kill-bees-harm-environment/)
She nods.

For that reason Gounari, who works at the Institute of Mediterranean Forest Ecosystems, has transported another 10 beehives on fir trees (Abies cephallonica) in Menalo Mountain in Central Peloponnesus. However, this year’s honey crop from Menalo was the worst in many years, due to the poor weather in the mountains.

“[Back in 2006], I lost many beehives from the spraying of neonicotinoids in the area around the institute,” she recounts. The neonics were first introduced following the Summer Olympics. In preparation for the influx of international guests, exotic Canary palm trees from North Africa were imported for decoration and shade. The red palm weevil, an insect that slowly munches on the palm until it kills its host, also hitched a ride. They eventually infested palm trees across the nation, from Crete to Rhodes to Attica and beyond. As result many hotels and municipalities went mad and started spraying chemicals (oftentimes illeagally) at will, including neonics.
It cost local beekeepers losses of around 50 percent. 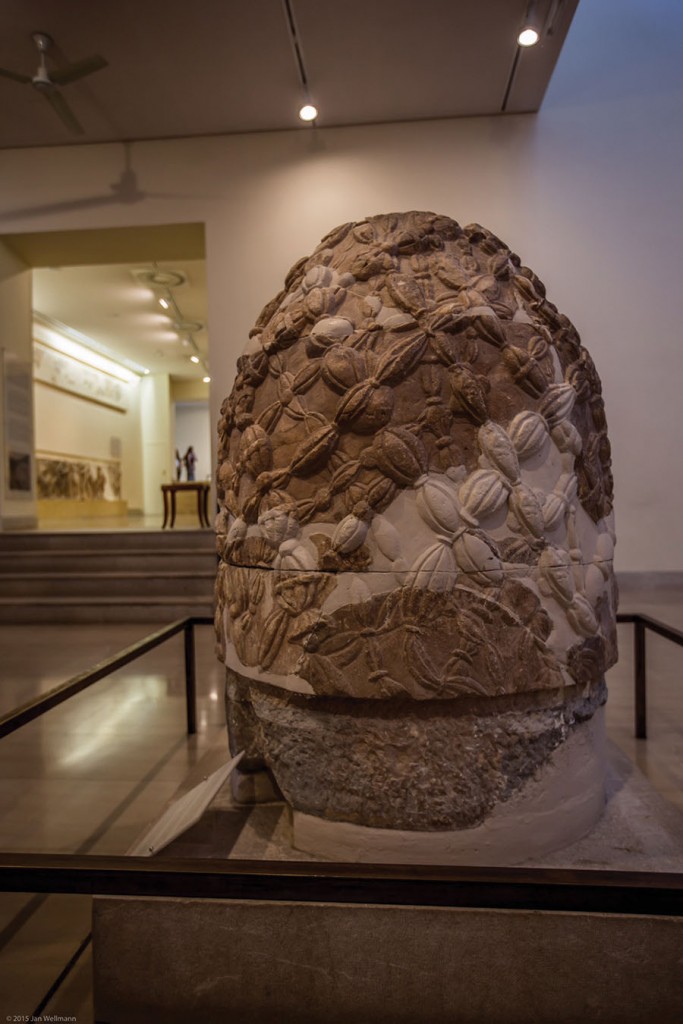 Today, systemic pesticides, especially Gaucho (imidacloprid) are used in Greece mainly on cotton, sunflower, and oranges. While Varroa destructor, a parasitic mite that attacks honey bees, is certainly an issue, many contend that nicotine-based pesticides are the main problem, compromising the bees’ immune system so that they cannot fend for themselves.

In 2012 based on an assessment by the European Food Safety Authority (EFSA), the European Commission decided to temporarily restrict the use of three neonicotinoids – clothianidin, imidacloprid, and thiamethoxam, which are considered harmful to bee health. At the time, 15 member states – including France and Germany – voted in favor of the restrictions, four abstained, and eight voted against the ban, including the UK, Italy, Hungary, and Greece.
“The Greek vote was a major disappointment to us and we fail to understand it,” stated the Federation of Greek Beekeepers’ Associations (OMSE).

According to Andreas Thrasivoulou, a professor of beekeeping at Aristotle University in Thessaloniki, the Ministry of Agricultural Development was informed of the damage by both professional and scientific organizations, as well as beekeepers and political parties.

“The Ministry was fully aware of the problem,” says Thrasivoulou. “However, instead of listening to us, they preferred to listen to the companies that produce the (systemic) pesticides.” (www.grreporter.info/en/government_does_not_support_greek_beekeepers_fight_against_harmful_pesticides/9259)

Undoubtedly, the decision had to do with dollar bills and keeping the pharmaceutical companies happy, says Gounari.
“Not banning the pesticides does not help agriculture. It does not help biodiversity, it does not help humans and insects. No one benefits from bees dying,” says Elena Danali of Greenpeace Greece.

To defend their position, sources from the Ministry maintained that the EFSA report did not contain sufficient data and that a mass extinction of bees, due to the use of the specific systemic pesticides, had not been registered in Greece.

Yet based on the results of more than 1,000 international studies, scientists with the Task Force on Systemic Pesticides have concluded that neonics are a major factor in bee mortality. (www.honeycolony.com/article/systemic-pesticides-kill-bees-harm-environment/) These pesticides disorient the bees, making it more difficult for the flying insects to navigate, forage for pollen, and reproduce in the hives.

In the end, a ban was instated for the treatment of seeds, soil (granules), and foliar applications for a period of two years on corn, cotton, sunflower, and rapeseed, but not including individual use in gardens and orchards, e.g. oranges. It expired in December of 2014. Ironically, manufacturers Bayer and Syngenta then sued the European Commission and asked for reimbursement for lost profits.

“We are also trying to defend our reputation, which was significantly harmed, particularly considering the significant investments we have made over a number of years in bee health and sustainable agriculture in general,” added a Bayer company spokesman, defending the use of legal action for a temporary measure that has since expired. (www.honeycolony.com/article/setting-the-record-straight-on-bayer-cropscience/)
Still, many groups are hoping to renew the ban, this time attempting to restrict all six systemic pesticides rather than the aforementioned three.

To CCD Or Not To CCD?

Before the advent of neonics, Greek beekeepers never experienced losses of more than seven to 10 percent, which is considered acceptable, says biologist and researcher Dr. Fani Hatjina of the Division of Apiculture of the Hellenic Agricultural Organization DEMETER.

“But now – the losses have increased considerably and they are high in specific periods of the year, not only just after Winter,” adds Hatjina who has been studying the effect of pesticides and bee losses since 2007. Together with other researchers, she’s concluded that imidacloprid in sub lethal doses has a significant detrimental effect in different aspects of bees’ physiology, behavior and health (e.g. in orientation, respiration, cardiac rhythm, food glands’ size, in thermoregulation, immune system, hygienic behavior). 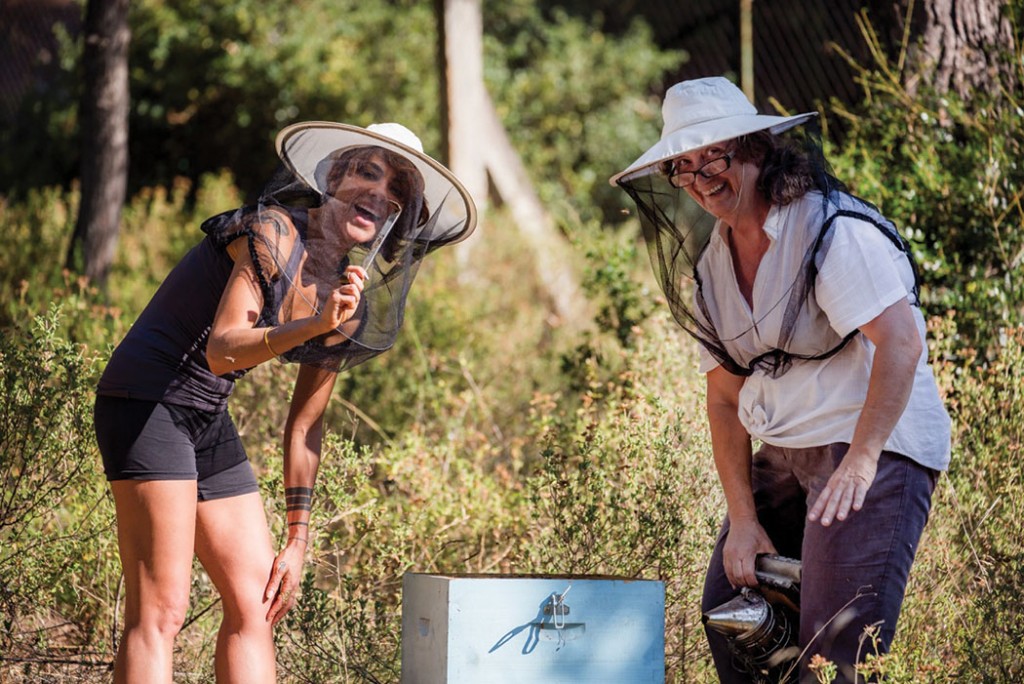 Since the country has lost bees due to neonics, I naturally asked whether beekeepers have witnessed CCD like symptoms.

“No we don’t have CCD, we have bad beekeepers,” insisted Gounari. While she agrees that neonics are slowly killing bees, she believes the main issue is overall abuse and mismanagement. For instance, overworking the bees and treating them as a commodity. Another beekeeper I spoke to claimed Greece doesn’t have CCD because the country is still void of genetically modified foods.

“What is colony collapse disorder?” Gounari asks rhetorically. “There’s 15 reasons. It’s very clear to me why the bees are dying. We need to pressure beekeepers to do a better job. If they are better beekeepers then we won’t have so many losses.”

Her sentiment very much reminded me of France circa 1995 and the United States circa 2006. When bees in those countries first started dying en masse, the first culprit was the beekeeper.
Many beekeepers and scientists don’t agree with Gounari.

“It’s easy to assume that it’s bad beekeepers, but there are signs of CCD. No doubt about that,” says John Phipps, editor of The Beekeepers Quarterly (http://beekeepers.peacockmagazines.com/). In 2010, Phipps went from 40 to 28 hives and has witnessed very unusual bee behavior as well as “typical signs of CCD,” like abandoned hives with only a small batch of brood left behind and sometimes, a queen.

Hatjina has also gotten increased reports of colonies disappearing and the lifespans of queen bees dropping to as low as two weeks instead of two to three years, and these events are increasing year after year. However due to being short-staffed, she is unable to keep tabs on the losses. Her studies have also shown that when bees come into contact with neonics, they are more vulnerable to diseases such as Nosema and AFB.

One significant difference is that the failing hives in Greece can recover more easily than those in let’s say the United States, because they can be easily moved to areas without poisons. Keep in mind that only 29 percent of Greece land is farmed. Greece doesn’t have huge monocultures, so wild flora around the contaminated cultivations acts as a sort of ‘saver’ for the bees; therefore, sometimes the adverse effects are diluted. Hatjina’s new research also shows that the colonies are trying to detoxify themselves. Their success depends of the dose of the neonicotinoid used.

With all this said, beekeepers can do a better job of keeping bees. While an increasing number of young and old beekeepers use oganic acids and essential oils (non-toxic) against mites, many still use toxins such as pyrethroids even though Varroa mites have grown resistant to them. They are advised to follow proper instructions and only treat during brood-less periods, but still even limited use of the toxins filter into the wax and honey. Meanwhile, Phipps has noticed that many Greek beekeepers buy Chinese wax, because like most things coming out of that country, it’s cheap.

Moving forward, organizations like OMSE, the Division of Apiculture in Chalkidiki, and Greenpeace Greece are actively attempting to link farmers with beekeepers and teach them about the detrimental effects of neonics and the importance of honey bees. The challenge is that many don’t realize the extent of the damage because the effects are sub-lethal.
“Unfortunately not all of them can hear that bees are the solution and not the problem,” says Delani. “Some farmers, the more conventional ones, don’t like bees or don’t understand their vital role in pollination . . . Of course, there are also organic and progressive farmers that are making positive contributions.”

Education is key to curbing the use of neonics but alas it seems that as Greeks grapple with a shattered economy, nature’s main pollinator is also under direct threat here as well.

Maryam Henein is an activist, journalist, and the director of the award-winning documentary Vanishing of the Bees, narrated by Ellen Page (www.vanishingbees.com). She is also the editor in chief of the health and wellness site HoneyColony (www.honeycolony.com) She’s a yogi who geeks out on food security issues. Follow her on @maryamhenein