Canola is a species of rapeseed, developed by Canadian scientists in the 1960s, that is low in harmful (to humans and animals) erucic acid. Much of the oil from rapeseed grown in Europe is used (and was originally intended to be used) as an industrial lubricant but cannot be marketed as a food product if it contains significant amounts of erucic acid. The name Canola Oil is derived from CANada Oil Low Acid. Thus, all canola is rapeseed, but not all rapeseed is canola. Canola meal also is a widely used animal feed.

As the demand for healthy foods increases – witness the upward trend in almond sales and prices in recent years – canola oil is receiving increased publicity. The positive health aspects of non-saturated oils, such as canola, are gaining more attention as more people become aware of the negative effects of saturated oils and trans-fats on our health. Recent trans-fat bans in New York City, Philadelphia and California have already increased sales of canola oil. Canola oil contains no cholesterol and has high levels of both heart-healthy Vitamin E and omega-3 fatty acids. In 2006, the FDA, usually strict and very cautious about product labeling, authorized products containing canola oil to bear a qualified health claim stating that “Canola oil has the ability to reduce the risk of coronary heart disease when used in place of saturated fats.”

The health-conscious U.S. with its population of aging baby-boomers, is the big market for canola oil, but U.S. canola producers satisfy only 25% of the demand; the other 75% is supplied by – you guessed it – Canada! China is also a major market for canola, taking about half of Canada’s crop every year. Canadian farmers have jumped into the canola game in a big way, with 20 million acres of canola in western Canada. Drive through Alberta in the Summer and feast your eyes on mile after mile of yellow canola bloom as far as the eye can see. Canadian canola growers have done quite well in recent years and Canadian beekeepers, not coincidently, are also thriving. Canola honey is light-colored with a mild flavor and represents around 80% of Canadian honey sales. Honey from Canola does granulate much more rapidly than honey from other sources, making it important to extract it promptly, but most or all Canadian honey is sold as finely granulated (aka, creamed or spun) honey and finds a ready market. Around 40,000 acres of Canada’s total canola acreage is devoted to hybrid, certified seed production and beekeepers receive a pollination fee ($100 to $150/colony) for the rental of about 80,000 colonies; leaf cutter bees are used on some of this hybrid seed acreage.

Western Canada’s 20 million acres of canola provides ample forage for Canada’s roughly 700,000 bee colonies. At 24% protein, canola pollen is one of the most nutritious of all pollens collected by bees. The excellent overall health of Canadian honey bees can be attributed to the pollen and nectar Canada’s honey bees extract from canola flowers. Canola growers benefit from honey bees with yield increases from 13 to 46% (Sabbani, R., et al., 2012, Influence of honey bee density on the production of canola; J. of Econ. Entom., 98:367-372) – the 46% yield increase was at three colonies/acre; a five to 10% yield increase would be more realistic at normal stocking rates. Canadian canola growers are aware that honey bees will improve their yields and most use caution with pesticides, applying them only if needed, and then only after 8:00 p.m.. Virtually all canola seed, both in Canada and the U.S., is treated with neonicotinoids, with no apparent adverse effect on bees. Before neonic seed treatments, significant bee losses occurred when the potent insecticides Lorsban (chloropyrifos) and Sevin were used. Some of the best bee colonies placed in California’s almond orchards in February, have spent the previous summer near North Dakota canola fields.

Compared to Canada, the U.S. is a minor canola player, but there are signs that this is changing. The current 1.7 million acres of canola in the U.S. is based mainly in the high-plains states, with North Dakota dominating at around a million acres. Canola acreage is now expanding into the southern plains states, Oklahoma, Kansas and Nebraska, with strains of canola adapted to the area (canola strains may differ in nectar production, but there is no information on the subject). Oklahoma is already making a splash with 400,000 acres of canola and there are scattered plantings in Kansas and Nebraska. The impetus for this canola expansion (it’s premature to call it an explosion) is a ready market combined with more canola processing facilities in the area (unfortunately, a large processing plant targeted for Enid, OK, was recently put on hold due to a dry 2013-2014 winter followed by 2015 flooding). Trucking canola crops to distant processing plants takes a big bite out of a grower’s bottom line.

There is limited canola acreage in Oregon, Washington, Montana and California (about 200,000 acres total for these four states). Canola can be and has been banned in areas where vegetable seed crops (broccoli, kale, cabbage) are grown, due to possible contamination with canola pollen, including GM pollen. Such areas include parts of Oregon’s Willamette Valley, and could include parts of California’s Sacramento Valley – a four-mile isolation zone could allow some canola plantings in these areas. Canola could be dry-farmed in parts of California that are isolated from vegetable seed areas. A limited canola planting in the Sacramento Valley a few years ago that used Roundup Ready (RR) seed, resulted in a significant weed problem in subsequent crops as volunteer RR canola plants became hard-to-control weeds, a cautionary note to anyone contemplating canola.

Canola production can also provide significant economic benefits to the areas where it is grown. Canadian canola contributes $19.3 billion to that country’s economy and provides 290,000 jobs that bring in $12.5 billion in wages. Politicians in farm-belt states could do a better job of appeasing their constituents by transferring their current allegiance from corn to canola and to a U.S. honey bee industry that would greatly benefit from the conversion of corn acreage to canola. Another plus for canola is that canola meal is likely superior to corn as a feed for livestock. And, canola is somewhat drought tolerant, requiring significantly less water than corn, an important consideration in areas of declining water tables. The huge increase in corn acreage due to the ethanol craze (a craze that has since died out) reverberates today. Corn for ethanol could always be justified politically, but has always been difficult to justify either economically or environmentally. With two senators allotted to each state, senators from sparsely populated corn belt states have undue influence in passing farm legislation, including crop subsidies. A few presidential elections ago, Steve Forbes made the trenchant comment (paraphrasing): if it wasn’t for the Iowa caucuses, we wouldn’t be talking about corn for ethanol. 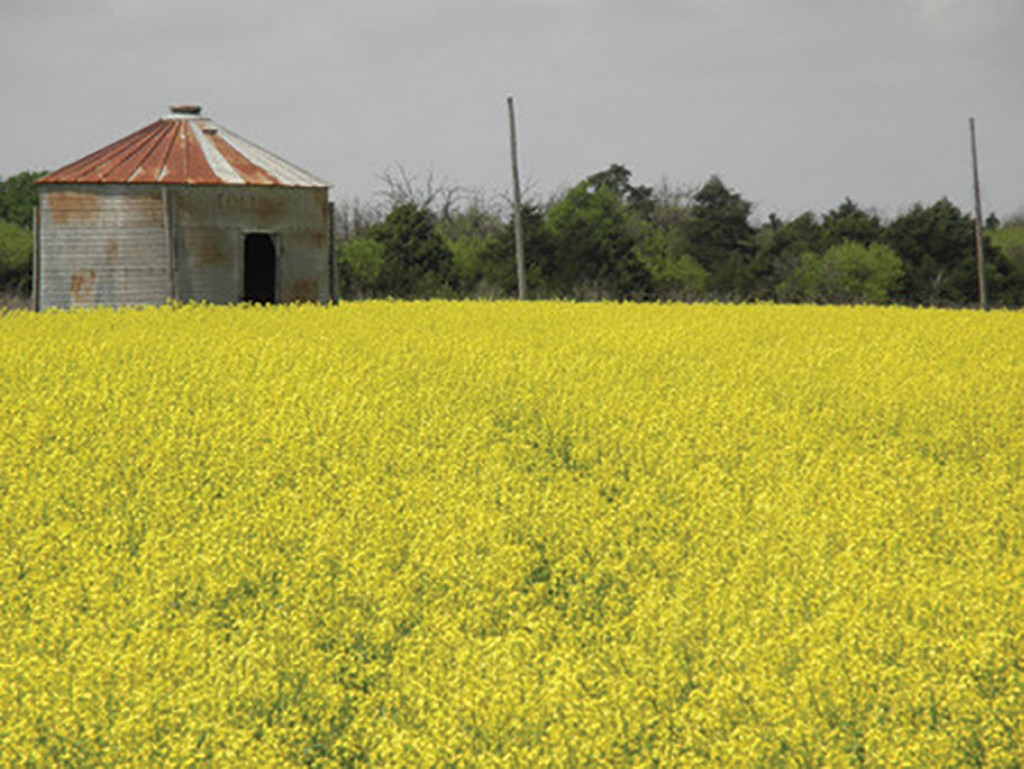 The conversion of millions of acres of CRP (Conservation Reserve Program) land to corn in recent years was devastating to honey bees since CRP land provided great bee forage, including much native clover. Converting some corn acreage to canola, or returning it to the CRP, would be a boon to the U.S. honey bee industry. Because canola bloom lasts only three to four weeks, U.S. beekeepers would probably prefer clover (prominent in CRP holdings) to canola because of its longer blooming period but canola is certainly better than corn for bees. Sequential planting of canola (sometimes forced due to poor weather at planting time) would lengthen its bloom period. With current national interest in the problems facing honey bees, including government funding to increase pollinator habitat, even presidential candidates could get a boost by aligning themselves with “cute, lovable” endangered honey bees, an alignment with no apparent downside. Converting corn acreage to canola should also be popular with voters, including those in corn belt states. A thriving canola industry in corn belt states could provide an economic boon to these states, just as it has done in Canada.

The U.S. Canola Association hopes to increase U.S. canola acreage to 3.7 million acres by 2018, more than double current acreage, but still a far cry from the 20 million acres in Canada. Some might think that the market for canola oil will be saturated with increased acreage, but the market for canola should continue to expand with industry promotion on health. Many thought that almond acreage would peak and almond prices drop, several years ago, but almond prices remain high even as acreage increases, due, in good part, to the efforts of the Almond Board of California in correlating almond consumption with health.

Will we ever see U.S. canola blooming from sea to shining sea – picture driving through Alberta farmland in the Summer – and our corn belt and wheat belt converted to canola belts? Probably not, but for U.S. beekeepers it’s a pleasant reverie.

For more on canola, check out the U.S. Canola Association and the Canola Council of Canada, both major sources for this article.