For better or worse, Nicolas Cage is one of American cinema’s most enduring icons. 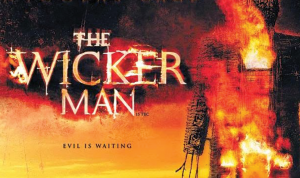 The now 54-year-old actor has starred in dozens of films since his debut in 1982, all of scattershot quality. Every award-winning Cage outing mirrors a less successful counterpart: for every Leaving Las Vegas (1995), there’s a Deadfall (1993); for every National Treasure (2004), a Next (2007). This constantly shifting balance of excellence and failure within Cage’s work has carved an uneven filmography to say the least, but one nonetheless packed with a certain type of gem. Looking beyond the binary of “flops” and “successes,” one can find no end of Nicolas Cage films which combine the good, the bad, and the ugly to become unstoppable, unforgettable movie-going experiences.

These are the movies such as Con Air (1997), a relatively solid prison-heist film which can be enjoyed twofold: for its intense, over-the-top action, but also for the hilarious, unbelievable performance Cage delivers as protagonist Cameron Poe. In every scene, Cage milks his hammy, Southern-accented, mullet-sporting persona down to the last drop. It doesn’t matter how funny it is when he steps off a prison bus and his unwashed hair flows luxuriously in the wind – Nicolas Cage believes in his characters over a hundred percent, and he expects the audience to buy in too. This absolute commitment and unwavering devotion to a part is both Cage’s greatest strength and greatest weakness as an actor: no matter how terrible the role, he gives it his all.

When the method works, he’s subsumed by his character entirely: see his mind-bending and restless turn as twin brothers in Adaptation (2002). When it fails, however, audiences are left at the mercy of Nicolas Cage desperately over-acting as some of the worst characters ever put to the silver screen. This prolonged lack of self-awareness can either come across as hilarious, such as his incredible, big-city bug-out in Vampire’s Kiss (1989), or deeply embarrassing, as in the majority of his films made after 2011. The best of his worst, however, manages to combine the two extremes into an uneasy, outlandish stew – something so beyond the realm of traditionally good acting you can’t help but laugh, but so inconceivable you wonder what in the world Cage was thinking. This brings us to his ill-fated remake of a horror classic: The Wicker Man (2006). Of course, this brings us to the bees as well.

Oh yes. The bees. The bees, the bees, the bees. Picking up on what’s now one of the most infamous bee-related film sequences of all time, the internet quickly harvested The Wicker Man as fodder for endless memes and video gags in the 12 years since release. Anyone who’s watched an “Ultimate Bad Acting Compilation,” or perhaps a “Nicolas Cage Best Moments!” video on YouTube will surely recognize the scene: hundreds of agitated honey bees pour onto Cage’s face as he screams like a banshee and writhes as if electrocuted. “Not the bees!” he proclaims, jerking his head to shake off the invading insects. His intense movements and exclamations are answered only by the comically stony-faced onlookers, a set of actors and extras privileged enough to experience one of the greatest film freak-outs of all time. Carried by Cage’s absurd energy, the scene is monumental in both stupidity and unintentional hilarity – but I’m getting ahead of myself.

This iconic moment of trash cinema doesn’t arrive until the conclusion of the film’s “Unrated Cut,” and The Wicker Man offers many takes on bees well before then. While abundant in Cage’s telling of the tale, the honey bee and hive iconography are completely absent from the original version of The Wicker Man (1974). Those versed in British cinema, or horror films in general, might know this first The Wicker Man as an unsettling masterpiece of what some call “folk horror”: movies focusing on the terrors of rural cults and witchcraft, spearheaded by films such as Witchfinder General (1968) and The Blood on Satan’s Claw (1971).

Almost a uniquely European phenomenon, these dark, yet refined yarns of village paranoia found a lasting champion in The Wicker Man. The poisonous parable pits straight-laced Sergeant Howie against Pagan cultist Lord Summerisle (played by the legendary Christopher Lee), as Howie attempts to locate a missing child on the distant Summerisle island. The strange locals are uncooperative at best, and outright antagonistic at worst. Strange rituals and whispers of human sacrifice abound, the strings tighten, and soon Howie finds himself in a situation which he cannot escape. The film’s ending, both brutal and beautiful, speaks to cosmic dread and human terror alike – Howie’s (spoilers!) sacrificial death by burning within a giant wicker effigy of a man is a terse footnote on an already harrowing experience.

Above all, the 1973 version of The Wicker Man is a well-measured film, both subtle and shocking in equal quantities. These days, it’s well-regarded by cast, critics, and audiences alike, with Christopher Lee in particular citing the movie as his best performance. It’s unfortunate, then, that the 2006 remake failed to retain any of the chills or intrigue which molded the original film into such a singular experience. If not for Nicolas Cage’s singular display, our modern The Wicker Man might have been overlooked as yet another misguided remake seeking to capitalize on the chills of yesteryear. However, it’s Cage’s effort, and the inclusion of bees and bee aesthetics, which make the lesser version memorable; albeit for many of the wrong reasons.

The broad strokes of 2006’s The Wicker Man are by and large the same. Cage, as policeman Edward Malus, visits the matriarchal neo-pagan colony Summerisle to locate his ex-fiancée’s daughter. Lorded over by Lady Summerisle, the suspicious inhabitants once again impede Malus’ investigation, before entrapping him as in the original film. Much like Howie, Malus meets his end roasting inside the eponymous wicker man. Those who have seen or read about one of the versions will largely understand both, so there’s not much use in a point-for-point recap. The biggest change in the 2006 edition, however, is the addition and use of honeybees as a theme throughout. In this version of Summerisle, selling honey is the colony’s connection to the outer world, and it’s this trade which drives the events of the film.

While Howie’s demise in 1973 is brought about as a simple appeasement of Pagan deities, Malus’ eventual end in 2006 is a more business-minded move. The film establishes that honey harvests have dwindled, with Malus’ sacrifice intended to reinvigorate the waning crop. This seems to be a way to skirt some of the more explicit content of the original film, as the shocking elements of 1973 are replaced by the aesthetics of the hive, made sinister only by context and cinematography. The effect of this
“safe” replacement for nudity and other such graphic content are twofold: from a visual standpoint, The Wicker Man is, strangely, at its best when focusing on the honey bee. However, by doing so, it also becomes one of the few “beesploitation” films to explicitly cast shadow on the beekeeper, as opposed to just the bee.

In terms of design, The Wicker Man largely succeeds. The village on Summerisle is a picturesque representation of American colonial architecture, and even when the beauty is interrupted by Nicolas Cage, the sets are one element the film gets right. Their outward, scenic appearance is twisted by the lens of the hive: within these houses, yellow and amber hexagons evoke the toil of the drone, thus drawing connections between the cult mindset of the locals and the work ethic of the bee. While this is an interesting conceit, The Wicker Man unfortunately never engages with analysis of the beehive beyond the most surface-level representation.

These aesthetic choices, made vaguely ominous, are reflected and multiplied throughout. In one sequence, Cage stumbles through a field of hives, under attack by the apiary’s occupants. As he stumbles, the camera cuts: these hives are in a field of hexagon paths, shorn mathematically through the grass by toiling hands. It’s a continued, respectable commitment to a singular visual motif; an obsession with the hive on a level rarely reached by other films. Most interesting, however, is the display of pre-modern “skeps,” open-ended wicker and mud baskets placed upside down to house bees. Such classical beekeeping equipment is rarely seen in fictional films, so it’s by no means an unwelcome choice. Even more compelling are the classical, rounded, woven-insert hoods worn by keepers of The Wicker Man’s bees.

If you have an eye for art, you might recognize these antique suits from classical pieces such as Pieter Bruegel’s painting, “The Beekeepers and The Birdnester.” Others will know Bruegel’s iconic image as the cover art of White2, a monolithic, malefic metal album by musicians Sunn O))). In most contexts, the face masks are striking, unique, and yes, a little bit creepy. Although it’s clear The Wicker Man uses these hoods for their unsettling nature above all else, the movie interacts with a rich history of beekeeping, whether intentionally or not. It’s easy to wish that the entire film focused on these historical artifacts; that we could spend an hour and 40 minutes in the world of these fascinating visuals and archaic vestments of apiculture, but this is not the case. These irresistible museum pieces are relegated to the background, and instead Cage’s histrionics are placed front and center.

This is a boon for those who thrive on unintentional comedy, but less so for those who find themselves engaged in the world and texture of The Wicker Man. Even worse, perhaps, is the implicit condemnation of apiculture leveled by the film. Despite the alluring design, beekeepers are indeed presented as some manner of ominous being, their humanity sealed behind a mask. As the entire town works to sacrifice officer Malus in preparations for a harvest, the bees turn from a background element to yet another force of fear. The rural nature of Summerisle calls to mind primal anxieties repressed by those in more urban areas, with the seemingly “rustic” practice of beekeeping only accentuating the strange nature of the town’s inhabitants.

It’s an attitude prevalent in no end of “beesploitation” films, and while The Wicker Man might pay homage to the lineage of beekeeping, it does little to approach it in any meaningful or positive way. The work of the bees once again becomes an analogue for the psyche of a cult, and an innocent facet of nature is turned to a sinister darkness. To The Wicker Man’s credit, however, it realizes that bee stings would not be lethal, or even damaging to the average person – thus the film makes sure to point out that officer Malus is deathly allergic to bees. This particular footnote might have lent some tension to the film, if only Cage hadn’t hammed it up more than Porky Pig.

Even if its approach to apiculture had been more nuanced, and the compelling tastes of beekeeping expanded, The Wicker Man would still be an utter failure from every angle. The narrative is flimsy, and the pacing almost too boring to tolerate. Propelled out of obscurity solely by the unrestrained power of Nicolas Cage, The Wicker Man has little to offer those who don’t enjoy a helping of unintentional comedy. You’ll chuckle in disbelief at the aforementioned bee scene, crack up when Cage punches someone while dressed as a bear, and have some laughs when he steals a schoolteacher’s bike, but there’s not much that could be considered an effective horror film. Is it a shame? Probably not. When it comes to The Wicker Man, the 1973 version is hard, if not impossible to beat. There’s no way a quick remake would recapture that magic, so we might as well have some laughs while we’re at it. Much like Nicolas Cage himself, there’ll never be another like it.