We lost one of our old girls a couple of weeks ago. She was one of the original Buff Orpington’s from the first group of chicks in 2012. So she was four and a half years old, which I’m told by many is a long time to keep a chicken around. She’s the same one that had gone downhill a couple of other times this year, but bounced back once we isolated her and gave her some time alone. But not this time. We kept her safe for about three or four days, but she didn’t make it. I’m still amazed at how unforgiving and vicious my dear hens are when one of their coop mates turn up injured or sick. They have zero tolerance for the weak. 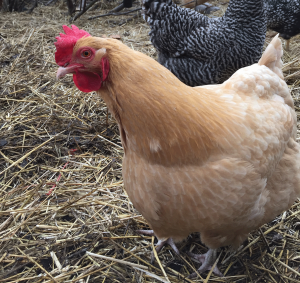 We’re at 16 now and six of those are the old girls. The other 10 are a year and a half. The coop addition is just about done. I’m excited about next Spring when we’ll get ducks again. I’m not sure at this point if we’ll get more chickens. Kim is a little disappointed right now because he isn’t getting very many eggs. So we’ll start leaving the light on a little longer in the evening. The main thing is we’re still having a good time. They are so fun and entertaining and very social. And no, we’re still not going to eat any of them.

If you’ve been reading my column for long you might remember that I have a terrible phobia when it comes to snakes – just typing the word here gives me a bit of the willies. Little tiny snakes, big snakes, it doesn’t matter what size they are, what kind they are – I don’t like snakes. That’s not a strong enough way to say it. They scare me to death. I’ve tried to get over this, but it hasn’t worked. Many of you are sympathetic, some of you tend to be like Kim, who’s usually a fairly nice guy, and just laugh about the whole thing.

So one Fall day a week or so ago I was outside and actually wondered to myself where do these snakes go when it starts to turn cold. Well, the next day I found out where some of them go. Kim harvested our small crop of cabbages – three to be exact – brought them in the house, put them int he sink for me to deal with and make wonderful cole slaw, which as it turns out I make pretty good cole slaw.

So the next day, after the heads of cabbage sat in the sink all night, I got ready to clean them up and deal with them. (This is creeping me out just telling this story!) As I started to peel off the rough outer leaves I was fortunately holding one head right over the chicken’s scrap bowl and yes, the snake was curled up inside those leaves and fell – lucky for me – right into the scrap bowl. I didn’t scream. I just dropped everything and calmly moved to the other side of the kitchen and very politely asked Kim to “GET THAT OUT OF HERE, RIGHT NOW.” He had to clean the rest of the heads of cabbage and then I finished making my wonderful cole slaw. He didn’t laugh in front of me, but I’m sure he was laughing all the way outside to dispose of the critter.

I’m pretty sure most of all of us have some sort of phobia that others don’t understand at all. Mine will continue to be snakes. I’m not too crazy about mice, but I can deal with that.

We’ve had a lovely start to our Fall here in northeast Ohio. It is a beautiful time of year here. Even though we know what’s coming later on, it’s still my favorite time of year. It’s cool, it’s colorful. It’s nice to sit out on the deck with a light jacket and just enjoy the scenery.

We live close to a high school, about a mile away and on Friday nights if the wind is blowing the right way I can hear the marching band at the football games.

I’ll mow one more time this week and then be done for the year. We’ll get the hives wrapped for Winter here in the next few weeks. Then we’ll get plants inside off the deck and get the chicken coop windows closed and covered for Winter.

It was smelling like we would have a wonderful goldenrod flow this year, but I guess because of the drought in the Summer we just aren’t getting much honey. A friend of ours has 17 hives sitting right in the middle of acres of goldenrod and only got three supers of honey. The smell was incredible. The aroma coming from that hive that sits on the front porch was absolutely overwhelming at times. But not much of a crop. In fact we’ll leave everything on.

We’ve lost three hives in the last month. We harvested a good crop from all three.  We lost one a month ago. Kim went out to check a week or so ago and two more – bees gone, nobody home. No dead bees, no queen, just gone. So we’re at seven right now.

Our Amanda came back last week. If you’ve been paying attention you know she was off on maternity leave. We are so happy to have her back and she just seemed to not even miss a beat after being off that long. She’s right back in the swing of things. She brought little Anthony, and actually dad Matt, for a visit this week. Welcome back, Amanda. If you’re coming to our October even in a couple of weeks you might get to meet Matt and Anthony. You can still sign up for “A Case For Honey” – just visit our web page – www.beeculture.com.

I wish you and your families a wonderful Thanksgiving and a safe Winter.