Crops That Would Be Most Affected If Honey Bees Disappeared 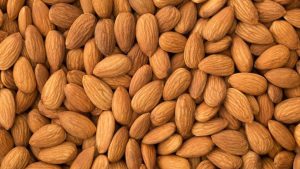 The almond is not actually a nut but a drupe, a fleshy fruit with thin skin that usually contains a seed like a peach or an olive. It is valued around the world for its nutritive value. The United States leads the world in almond production, with California the only state that grows almonds for commercial production.

Almond trees need to be cross-pollinated to produce, and bees provide this service — a lot of bees, since each almond requires up to a dozen visits to the almond flower. 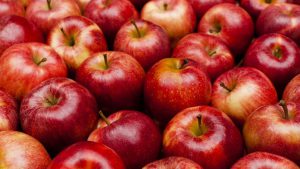 Apples are an iconic staple of the American diet. According to the U.S. Apple Association, apple production is a $4 billion a year industry that creates an additional $15 billion in economic activity. In the United States, 7,500 farmers on 322,000 acres of land produce 240 million bushels of apples a year.

Though apple growing is heavily dependent on honey bee management, scientists have shown that the presence of wild bees increases production, underscoring the benefits of biodiversity in agriculture. 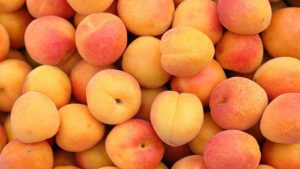 Apricots are mainly grown in Turkey and Iran where they are extremely popular. American apricots are produced primarily in California and are ready for harvest in early summer. Because they are delicate and do not travel well, they are less popular than their stone fruit cousins — peaches, nectarines, and plums.

Like other stone fruits, apricots are self-pollinating but are much more productive with cross-pollination and the help of bees. Because apricots bloom early in spring, bees may not be as available for pollination due to weather and lack of forage. Apricot trees then either rely on self-pollination or the intervention of other pollinators — flies, butterflies, wasps, and birds. 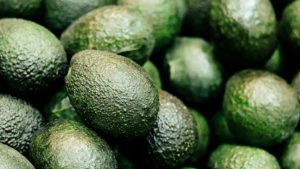 The United States is second only to Mexico in the production of avocados, with 90% grown in California, and the remainder mainly in Florida and Hawaii. Every year, about 400 million pounds are grown in California by 5,000 farmers.

Because individual avocado trees produce thousands of both male and female functioning flowers, they are theoretically self-pollinating, but nature has contrived a system that encourages cross fertilization. Male and female flowers open and close at different times, necessitating the intervention of pollinators — mainly bees — for successful propagation. 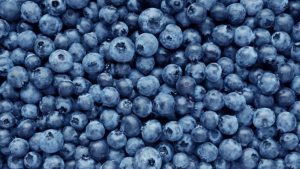 After strawberries, blueberries are the most popular berry in America, and are native to North America. Blueberries have grown in popularity in recent years perhaps also because of their reputation as one of the so-called “superfoods.” They are nutritious, containing vitamin C, potassium, phosphorus, iron, fiber, and antioxidants.

Blueberry pollination requires a lot of heavy lifting on the part of bees. Each plant can produce thousands of flower buds, and every bud produces 16 flowers, each a potential blueberry with successful pollination. Many types of native bees are up to the task but are usually augmented by honey bees for commercial production.

To see the other Honey Bee Dependent Crops go to;

We are here to share current happenings in the bee industry. Bee Culture gathers and shares articles published by outside sources. For more information about this specific article, please visit the original publish source: Crops That Would Be Most Affected If Honey Bees Disappeared – Page 2 – 24/7 Wall St. (247wallst.com)