Henry Dormann is editor and publisher of Leaders magazine. Subscribers are heads of state and CEOs of major corporations. Mr. Dormann has probably interviewed more world leaders than Barbara Walters and Oprah Winfrey combined. He wanted to interview me about beekeeping! 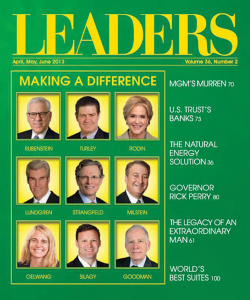 It started in the dentist’s chair. My hygienist, the “tooth fairy”, has mastered the art of talking to people whose mouths are full of cotton and tools of torture. We talked about bees, of course. Gail asked all kinds of questions and I answered in grunts and monosyllables.

After the cleaning, Dr. Baxter opened my mouth and peered in. He jabbed the pick under my gums, looking for cavities while Gail filled him in on my bees and complained about my flossing.

“You know,” said the Dentist, “Henry Dormann is always looking for local people to interview. You’d be great. You really should floss more. Next time I see him, I’ll suggest that he interview you…”

“So people can watch me freeze in front of a camera and look stupid,” I thought to myself. Mr. Dormann was probably busy interviewing Vladimir Putin, Miley Cyrus, or President Obama. Maybe he, Barbara Walters, and Oprah were interviewing each other. 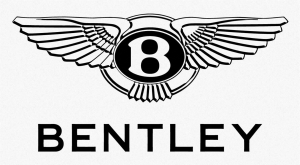 Three days later Chaz, Mr. Dormann’s valet, called me. “Mr. Sieling, I’m calling for Mr. Dormann’s Friends and Neighbors show. We’d like to do an interview…” I asked if Mr. Dormann would put on a veil and gloves. “Oh yes, that would be great!” Chaz exclaimed. But there was, I later reflected, a suspiciously disingenuous inflection in his voice. We set a date. I had three weeks to clean and worry.

The perfect bee day arrived – hot, sunny, and a good honey flow meant a yard full of happy bees. A white pickup truck pulled in first, with the camera and sound crew, followed by a shiny new Bentley. Mr. Dormann sat in the back with his valet at the wheel. Another car brought up the rear, security people, I supposed.

Chaz looked like a model out of GQ magazine. He held the door for Mr. Dormann, who stepped out in an Italian cut tailored suit.

Chaz warmly shook my hand. “Good to meet you, Mr. Sieling,” he said.

I greeted Mr. Dormann in turn. Mr. Dormann looked through me. “Where are the bees?” He sounded tired and mildly annoyed.

I explained that they were a couple hundred yards back from the road, across the hayfield. Mr. Dormann refused my offer of a ride on our Gator, so Chaz and I agreed that he could follow me in the Bentley. I led the entourage across the hay field, avoiding most of the tractor ruts, through the woods, and down a slope into the beeyard.

The camera man and sound girl set up their equipment as Mr. Dormann got out. “Now, Mr. Sieling, just do what you do and keep talking.”

“Absolutely not; I’ll just sit back here.” He seated himself on the Gator.

I expected some sort of back and forth chat, based on what I’ve seen of talk shows. Instead I pretended the camera man and microphone girl were beginning beekeepers. I didn’t wear a veil, having picked a small, gentle hive the evening before. As I pulled out frames of brood and honey and tried to sound intelligent, I couldn’t help noticing Mr. Dormann out of the corner of my eye. He was wildly flailing his arms. My bees apparently don’t like Italian cut tailored suits. I was halfway through a sentence when Mr. Dormann called out, “That’s it. We’re out of time.” Chaz bundled him back into the Bentley and they drove off in a cloud of dust.

The cameraman and sound girl stayed behind to get a final shot of the queen. I pointed her out and he filmed her walking across the comb. “That will be a great shot to end the segment.” He was rubbing a swollen spot behind his ear.

“How do you like doing these interviews?” I asked him.

“Some are pretty dull. This was definitely one of the more interesting ones.” They left. I drove back to the house and checked the clock. From the time they pulled in until the cameraman left, 25 minutes had passed.

My wife, Nancy, was making jam while I was in the beeyard.

“You’re married to a celebrity now,” I told her.

Without turning, she answered, “After you put your old clothes back on, could you run the garbage to the compost pile, please and thank you. Oh, those security guys with the mirror sunglasses? One of them bought a jar of honey.”

Peter Sieling is a celebrity beekeeper in Bath, NY. He sells his books at http://www.makingbeehives.com