American Association for the Advancement of Science 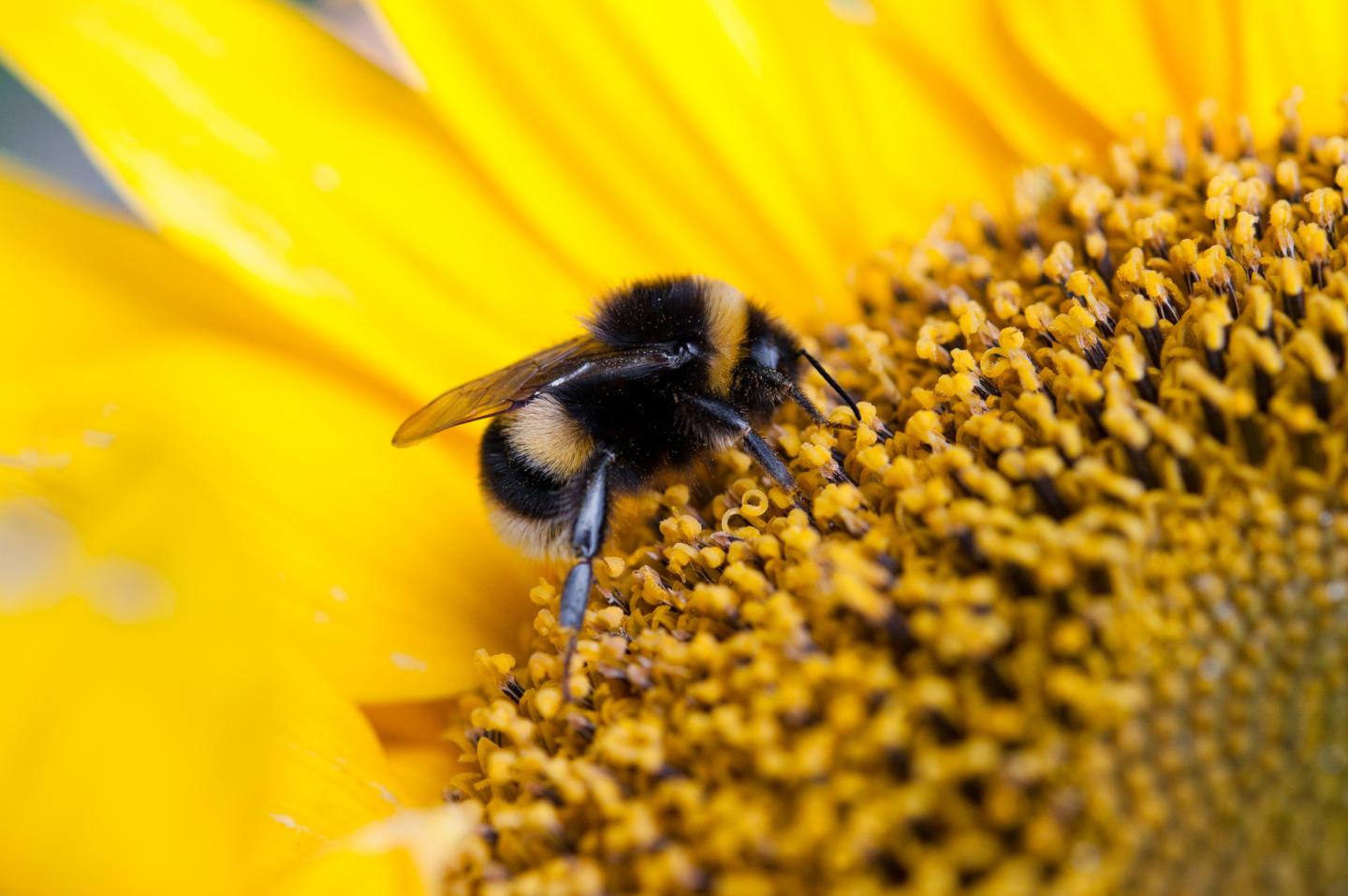 IMAGE: A white-tailed bumblebee (Bombus lucorum) pollinating a sunflower (Helianthus sp.). This material relates to a paper that appeared in the 22 January 2016, issue of Science, published by AAAS. The… view more

Higher numbers of pollinators can significantly increase crop productivity of small-sized farms, while large farms experience a similar yield benefit only if increases in pollinator density are accompanied by diversity, a new study finds. More than two billion people are reliant on small-scale agriculture in developing nations, and while much evidence demonstrates that pollinators can beneficially affect crop yield, how these helpful critters affect small-scale farms compared to larger farms is mostly unknown. To gain more insights, Lucas Garibaldi et al. analyzed 344 fields of small and large holdings in Africa, Asia, and Latin America, recording the number of pollinators (density), their biodiversity, and the yield of each crop over a five-year period. For small holdings less than two hectares, their analysis found that yield gaps — the difference between crops that yielded the most produce compared to those that yielded the least — could be closed by 24% through higher pollinator density; the authors note that the remaining 76% of the yield gap may be partially closed by technologies that optimize other agricultural factors, such as nutrients and water. In contrast, for larger holdings, a similar yield benefit from pollinator density only occurred if accompanied by high pollinator diversity. The authors suggest that large crops may benefit less from pollinator density because these are more likely to be pollinated by flower visitors with longer foraging ranges, which are usually generalist species, such as honey bees. Although pollinator dynamics are being increasingly threatened in agroecosystems because of declining floral abundance and diversity, the authors note that there are opportunities to reverse the trend by a number of different means, including planting flower strips, more targeted use of pesticides, and restoring natural areas adjacent to crops.