Scotland plans to protect 30% of its land to boost biodiversity. 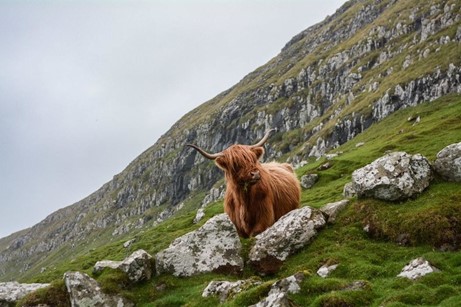 The new laws will help safeguard Scottish biodiversity and the natural economy, which has been valued at around $39 billion

The Scottish Government has announced plans to protect 30% of land, to boost biodiversity and tackle climate change.

Scotland is famous for whiskey, haggis and stunning scenery; rolling hills, snow-capped mountains and more than 30,000 freshwater lochs. It is also home to around 90,000 species of animals, microbes and plants.

Now, plans are being proposed to protect as much as one-third of its nature. If enacted, the new laws will help safeguard Scottish biodiversity and the natural economy, which has been valued at around $39 billion.

“Dealing with the twin crises of climate change and biodiversity loss is one of the most important challenges of this generation,” Scotland’s Environment Secretary, Roseanna Cunningham said, announcing the project.

The plans would see 30% of Scottish land given protected status – up from 22.7% – and the government will look into options to extend this even further. Currently, 37% of Scotland’s marine environment receives protection.

The Scottish Government is also due to update its Climate Change Plan, with nature-based solutions, including restoring peatland and woodland creation, expected to be central to proposals.

There are direct links between the health of the natural world and the global economy.

“Pollinators such as bees, birds and butterflies are estimated to be responsible for between $235 and $577 billion worth of crops every year,” according to the WWF Living Planet Index 2020.

The combined threats of climate change, loss of habitat, disease, pollution and pests are putting increasing pressure on pollinating insects, and many other living creatures. Since the 1970s, global populations of amphibians, birds, fish, mammals and reptiles have plummeted by around 68%, WWF says. 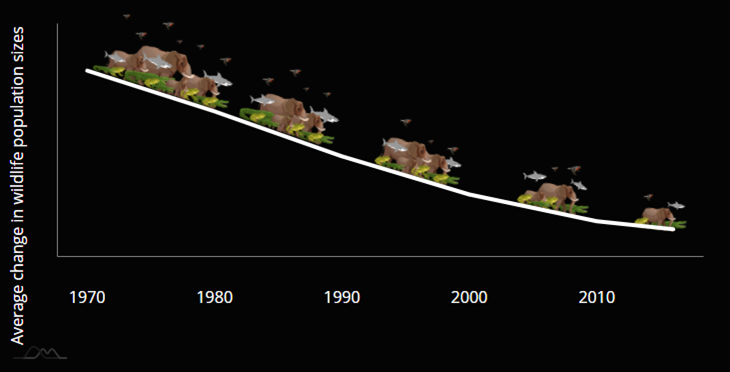 The decline and fall of our natural world  – Image: WWF Living Index

Scotland: In tune with global initiatives

Scotland’s Loch Ness, home to the eponymous mythical monster, is part of a series of important ecological sites. It holds 7,452 million cubic metres of water: more than all the lakes in England and Wales added together.

The lochs were formed by glacial erosion during the last major ice age and can be important wildlife habitats. Despite their remote locations, they face threats from two particular sources. One is pollution, which can change the balance of nutrients in the water. The other is an increase in the number of invasive plant species finding their way into the ecosystem.

The World Economic Forum’s Young Global Leaders initiative is working in collaboration with the National Geographic Society and other communities to address some of these issues. Announced in 2019, its Campaign for Nature is seeking to promote biodiversity and ecological stewardship.

One of the goals of the Campaign for Nature is to protect at least 30% of the natural world by 2030, which is echoed in the plans for Scotland’s natural environment.