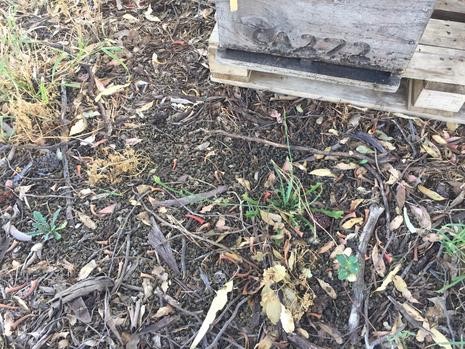 Cape Town, South Africa – Cape beekeepers have an answer to what killed thousands of bees in Constantia leaving the local industry devastated after massive revenue losses.

Last week, Weekend Argus reported that beekeepers suspected wine farms in the area were spraying their vineyards with a pesticide consisting of a mixture of ant poison and molasses.

Vice-chairperson of Western Cape Bee Industry Association (WCBA) and commercial bee farmer Brendan Ashley-Cooper said at the time he lost 100 hives and sent a sample to be tested in the Hearshaw & Kinnes Analytical Laboratory in Cape Town.

This week, Ashley-Cooper received the sample back confirming his fears.

“We got it and it was fipronil that was the main ingredient in my sample, which is a pesticide used on ants, among other pests.

“The wine farmers are very concerned themselves and we are all open to looking for solutions,” he said.

He said, “it was accidental and there are still some anomalies in the sample that we are trying to work out”.

“I inspected about 150 hives last week and about 40% of the hives have masses of dead bees in front of them.” Once the wine farms in the area discovered the mass killing of the bees, use of the pesticide was stopped immediately.

Fipronil disrupts the insects central nervous system and causes hyperexcitation of the contaminated insects’ nerves and muscles thus killing them.

On Friday beekeepers and wine farm owners held a meeting to discuss ways forward and agreed to co-operate in future, with each other and the government about using the correct pesticides.

Beekeeper Lawrence Woollam lost between 90% and 100% of his bees, which severely affected his business.

“We only produce between 300kg and 600kg each year and last year we produced 350kg due to the drought.

“The bees have been looking so good this year following the drought and had no real diseases,” he said.

“What is puzzling is that the current ant control programmes were in place for the past eight years with no significant effect on beehives.

“Many hives on the farms and wild hives in the oak trees are completely unaffected, while one beekeeper reported larger die-off in areas outside of the valley,” he said.

Maack said everyone present at the meeting resolved to collate all information from farms and affected beehives and have an in-depth scientific approach to find the root cause.