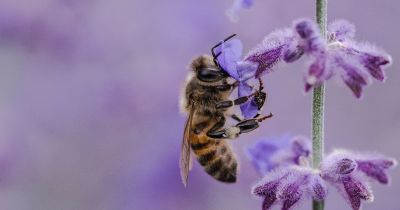 With bees on the endangered list and the terrible consequences that will come to pass if they become extinct, France has taken a drastic step in an attempt to save the population of pollinating insects.

As reported by Organic Consumers, the European nation has decided to ban all five pesticides that scientists believe are responsible for killing bees.

Both beekeepers and environmentalists have praised the move, but others, including cereal and sugar beet farmers have issued stark warnings about the move instead. They have warned that their crops could well be left defenseless against harmful insects aside from bees that destroy their produce.

Just recently, the European Union ruled to ban three of the five neonicotinoid pesticides — clothianidin, imidacloprid, and thiamethoxam — but France decided to put a blanket ban on the two excluded by the EU’s ban as well, thiacloprid and acetamiprid. The ban from the European Union starts on December 19 this year.

France’s ban extends to the use of all five pesticides both on outdoor crop fields and inside greenhouses.

Neonicotinoid pesticides were first created in the mid-1990s, and work by attacking an insect’s central nervous system, according to The Local. They were expected to be less harmful than older pesticides, and quickly became the most widely used pesticides on flowering crops, including fruit trees, beets, wheat, canola, and vineyards.

“France will take a radical step towards protecting its dwindling bee population on Saturday by becoming the first country in Europe to ban all five pesticides researchers believe are killing off the insects” https://www.organicconsumers.org/news/france-becomes-first-country-europe-ban-all-five-pesticides-killing-bees?fbclid=IwAR2BB7zmX98uNOiP-TyHwRGxhMATWU-lx5g9vFblLXFfaq92nKVPwyfF6Xk …

Britain, who was originally opposed to the EU ban, has also climbed on board after evidence suggested that bee populations in areas where neonicotinoid pesticides are used have plummeted as much as 90 percent in some cases.

The decline of the bee population has partly been blamed on the use of pesticides, which has led to a phenomenon known as “colony collapse disorder.” Exposure to pesticides not only kills bees, but those that survive are left with weakened immune systems as a result, leaving them much more vulnerable to diseases.

Some research has even suggested that neonicotinoid pesticides could be addictive to bees. Studies in labs showed that some bees would opt for pesticide-laced food instead of healthy food.

Per the UN, the global population of pollinators such as bees and butterflies is in serious danger of extinction, which would horrifically affect the availability of food on a worldwide scale. Approximately 1.4 billion jobs and three-quarters of all crops depend on pollinators, mainly bees, to pollinate plants for free that would otherwise cost the industry billions of dollars.