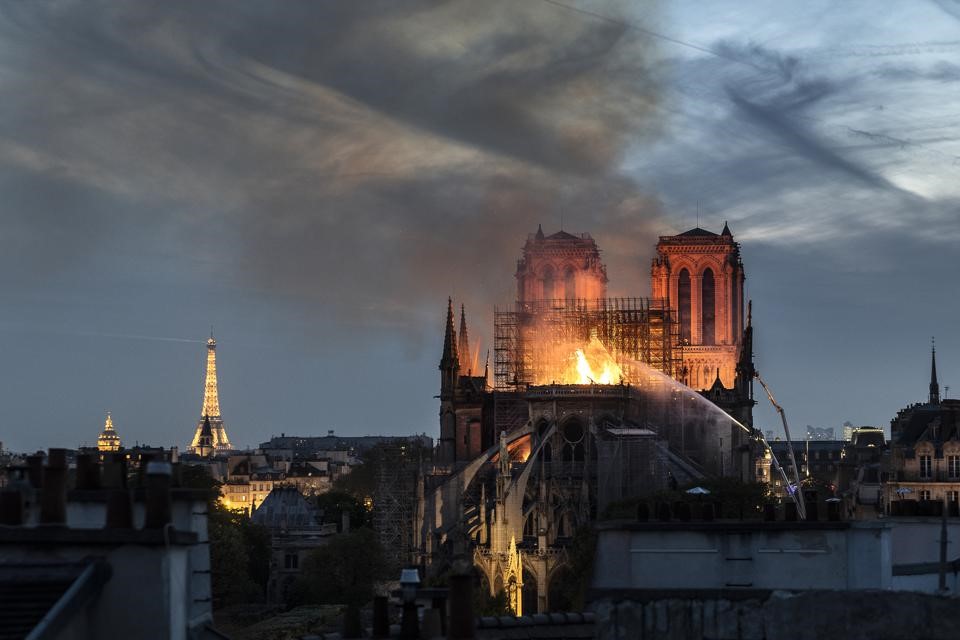 Paris, France – April 15: Flames and smoke are seen billowing from the roof at Notre-Dame Cathedral

When the iconic cathedral at Notre Dame in Paris burned in 2019, it not only destroyed some pieces of world history, it also released the dangerous legacy of some old-school building materials into the environment. New research finds lead from the fire may already be turning up in the food supply.

Levels of lead in honey produced downwind of the fire were quadruple that of samples taken from outside the city that weren’t in the path of the toxic smoke.

“Because of the way the wind was blowing the night the fire burned, the direction that the smoke plume traveled is well-defined. The elevated lead concentrations were measured in honey that was collected from beehives within that plume footprint,” said Kate Smith from the University of British Columbia, lead author of a new study published in Environmental Science & Technology Letters.

Lead was a very common building material in Paris when the cathedral was built, as far back as the 12th century. The roof and spire are thought to have contained several hundred tons of lead, which likely caused all sorts of untold health concerns among those who built them.

That is, of course, if something else didn’t kill them first. During the medieval period in question, life expectancy was a mere 30 years.

While elevated, the levels of lead found in the honey are still within the limits allowed by European Union regulations for safe consumption.