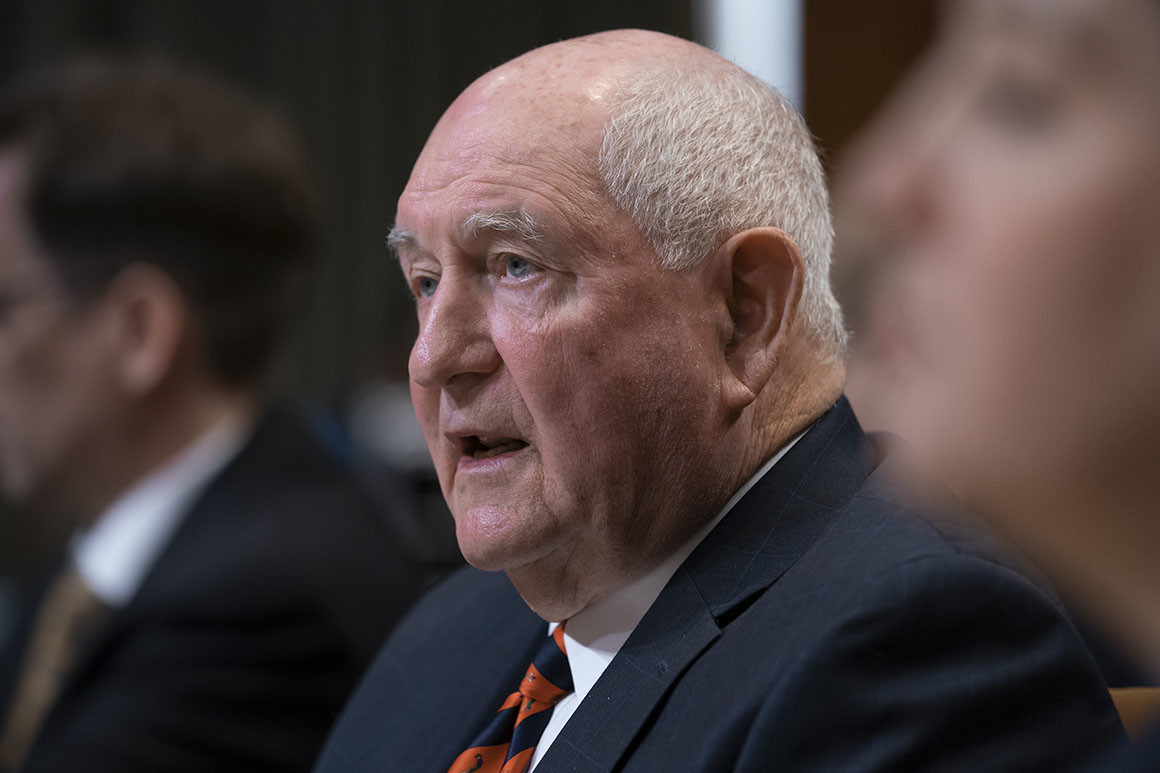 Agriculture Secretary Sonny Perdue’s moves to limit his agency’s research arm have led to a string of departures from the Economic Research Service, whose reports detail how farmers, including beekeepers, have been hurt by President Donald Trump’s trade feuds. | J. Scott Applewhite/AP Photo

Economists in the Agriculture Department’s research branch say the Trump administration is retaliating against them for publishing reports that shed negative light on White House policies, spurring an exodus that included six of them quitting the department on a single day in late April.

The Economic Research Service — a source of closely read reports on farm income and other topics that can shape federal policy, planting decisions and commodity markets — has run afoul of Agriculture Secretary Sonny Perdue with its findings on how farmers have been financially harmed by President Donald Trump’s trade feuds, the Republican tax code rewrite and other sensitive issues, according to current and former agency employees.

The reports highlight the continued decline under Trump’s watch in farm income, which has dropped about 50 percent since 2013. Rural voters were a crucial source of support for Trump in 2016, and analysts say even a small retreat in 2020 could jeopardize the president’s standing in several battleground states.

“The administration didn’t appreciate some of our findings, so this is retaliation to harm the agency and send a message,” said one current ERS employee, who asked not to be named to avoid retribution.

Then, in August, Perdue stunned members of the roughly 300-member research service by announcing plans to bring ERS under the control of USDA’s chief economist, who reports more directly to the secretary. Equally significant, he said the USDA would move the agency out of Washington to a location closer to the U.S. heartland.

Members of the agency were also caught off-guard last summer when Perdue’s office issued an internal memo directing ERS and other research branches to include disclaimers in their peer-reviewed publications stating that the findings were “preliminary” and “should not be construed to represent any agency determination or policy” — seen as a way of watering down any unflattering data from the department’s own experts.

The move to uproot the agency has led to a brain-drain of experienced researchers. So far in fiscal 2019, non-retirement departures from the agency have more than doubled on an annualized basis compared to the previous three-year average, according to data collected by employees.

Six of the economists — made up of specialists in the agricultural economy, farm taxation and food programs with more than 50 years of combined experience at ERS — left the agency at the end of April, out of frustration with the relocation process or in some cases suspicion about Perdue’s efforts to reshape USDA’s research wing, according to coworkers. More are planning to leave in the coming months.

For his part, Perdue has said the relocation was motivated by his desire to save taxpayer dollars, bring the research service closer to major farming regions, and help attract economists who could be deterred by Washington’s high cost of living.

“I really have been a little surprised with the naysayers on this,” he said last month at a Senate Appropriations hearing, touting the move as a common-sense, cost-cutting measure.

Perdue’s office declined to provide information on the numbers of employees who’ve quit or respond to allegations of political interference in the research service.

But the secretary alluded to frustrations with the quality of USDA research in comments to POLITICO on April 30, saying that all decision-making in the department must be “fact-based.”

“In USDA, we want good scientific discovery,” Perdue said, when asked about the mandated research-disclosure language. “We want peer-based evidence there. We know that research, some has been found in the past to not have been adequately peer-reviewed in a way that created wrong information, and we’re very serious when we say we’re fact-based, data-driven decision makers. That relies on sound, replicatable science rather than opinion. What I see unfortunately happening many times is that we tried to make policy decisions based on political science rather than on sound science.”

Perdue and Trump made clear in their budget request in March that they wanted to reduce the scope of the ERS, eliminating “low priority research” into such politically sensitive areas as food stamps and environmental issues.

The White House blueprint called for slashing ERS staff levels by more than 50 percent, cutting the total number of positions from about 329 to 160.

The budget is unlikely to be approved by Congress, but members of the service say they’ve already seen the effects of Trump’s and Perdue’s preferences.

“Things like conservation, rural development, food assistance, have just been de-emphasized” in favor of the administration’s preferred topics, said one economist who left ERS because of the relocation plan.

Former ERS Administrator Susan Offutt, who oversaw the service under Presidents Bill Clinton and George W. Bush, said the agency’s studies showing how USDA’s farm-subsidy programs disproportionately benefit wealthier farmers have been a “perennial irritant” to influential lobbying groups, but an “over-the-top reaction” to clamp down on such reports would be unprecedented.

“Of course, this is not the story the farm lobby wants to tell about struggling farmers,” said Offutt. “Controlling ERS would stop unflattering news about federal farm subsidies favoring high-income, high-wealth farm households from reaching the public.”

Lawmakers have complained that USDA has yet to provide a full cost-benefit analysis of its plan to move the office closer to the heartland. Republicans have increasingly supported the relocation plan, while House Democrats have filed legislation to block the move.