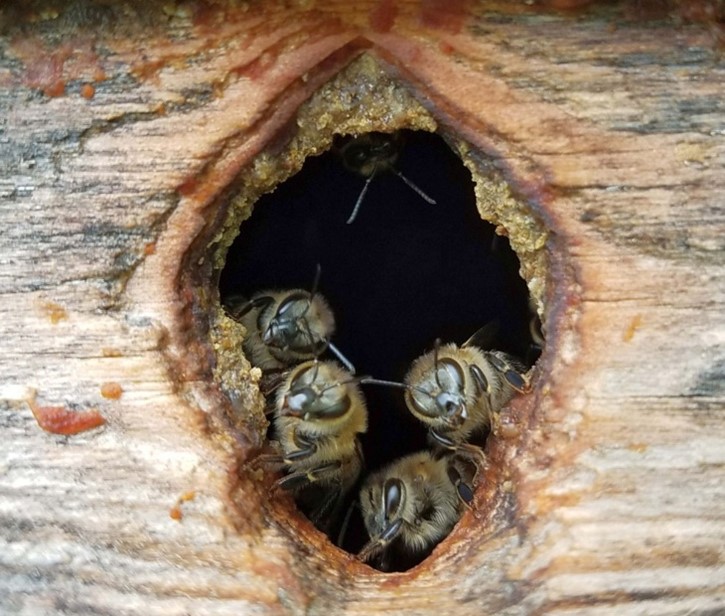 Feral honey bees gather at the entrance to their nest in an abandoned shed in Harrison Valley, Pennsylvania. Researchers have found that such feral colonies may have higher tolerance to pathogens than managed honey bee colonies. Image: Katy Evans

UNIVERSITY PARK, Pa. — Understanding the genetic and environmental factors that enable some feral honey bee colonies to tolerate pathogens and survive the winter in the absence of beekeeping management may help lead to breeding stocks that would enhance survival of managed colonies, according to a study led by researchers in Penn State’s College of Agricultural Sciences.

“In the case of honey bees, colonies that escape domestication and establish in the wild provide an opportunity to study how environmental and genetic factors affect the fitness of feral organisms compared to their domesticated counterparts,” Hinshaw said. “Some have suggested that the artificial selection associated with domestication of honey bees has decreased their fitness and has made managed colonies vulnerable to pests and pathogens.”

“Both domesticated and feral honey bees face serious challenges from a large number of pests and pathogens, but feral honey bees must deal with diseases by themselves since they don’t have beekeepers helping them control pest problems in the colony,” she said. “This makes honey bees an ideal model to investigate the hypothesis that host–pathogen dynamics during feralization can result in higher disease pressure and pathogen tolerance in feral organisms.”

To address these questions, the researchers partnered with beekeepers to locate 25 feral honey bee colonies across Pennsylvania and paired each of those colonies with a managed colony within a seven-mile radius to control for climate and landscape variation. The team surveyed these colonies over a two-year period to measure winter survival, levels of three pathogens — deformed wing virus, black queen cell virus and Nosema ceranae — and expression of six genes that regulate immunity.

This feral honey bee colony has established a nest inside the wall of a house in New Bethlehem, Pennsylvania. Honey bees that escape domestication and establish colonies in the wild provide an opportunity to study how environmental and genetic factors affect the fitness of feral organisms compared to their domesticated counterparts, researchers said. Image: Katy Evans

Deformed wing virus, or DWV, is considered the most serious honey bee viral pathogen because of its prevalence worldwide and its role in winter losses of colonies. DWV and other viruses often are spread by parasitic Varroa mites, requiring beekeepers to implement management strategies to minimize mite infestations among their bees.

The team’s findings, recently published in Frontiers in Ecology and Evolution, indicated that feral colonies had higher levels of DWV, but it was variable over time compared to managed colonies. In addition, higher pathogen levels were associated with increased immune gene expression, with feral colonies showing higher expression in five of the six examined immune genes for at least one sampling period.

“We also found that differential expression of the immune genes hymenoptaecin and vago increased the odds of overwintering survival in both managed and feral colonies,” Hinshaw said. “As a result, these two genes could be considered biomarkers of honey bee health that can be used to predict the ability of a colony to survive the winter.”

López-Uribe said the results provide evidence for the role of feralization in altering pathogen landscapes and host immune responses.

“Our study was the first to show the association of host–pathogen dynamics with survival of feral colonies,” she said. “Further research to identify the genetic mechanisms of virus tolerance and biomarkers of bee health can help breeding efforts to enhance these traits in selected honey bee stocks, with the goal of decreasing colony losses for the beekeeping industry.”

Other researchers on the project were Kathleen Evans, doctoral candidate in entomology at the University of Maryland, and Cristina Rosa, associate professor of plant virology, Penn State.

The Penn State College of Agricultural Sciences’ Strategic Networks and Initiatives Program partially funded this work through the Graduate Training Program in Integrative Pollinator Ecology. The U.S. Department of Agriculture’s National Institute of Food and Agriculture also supported the research. 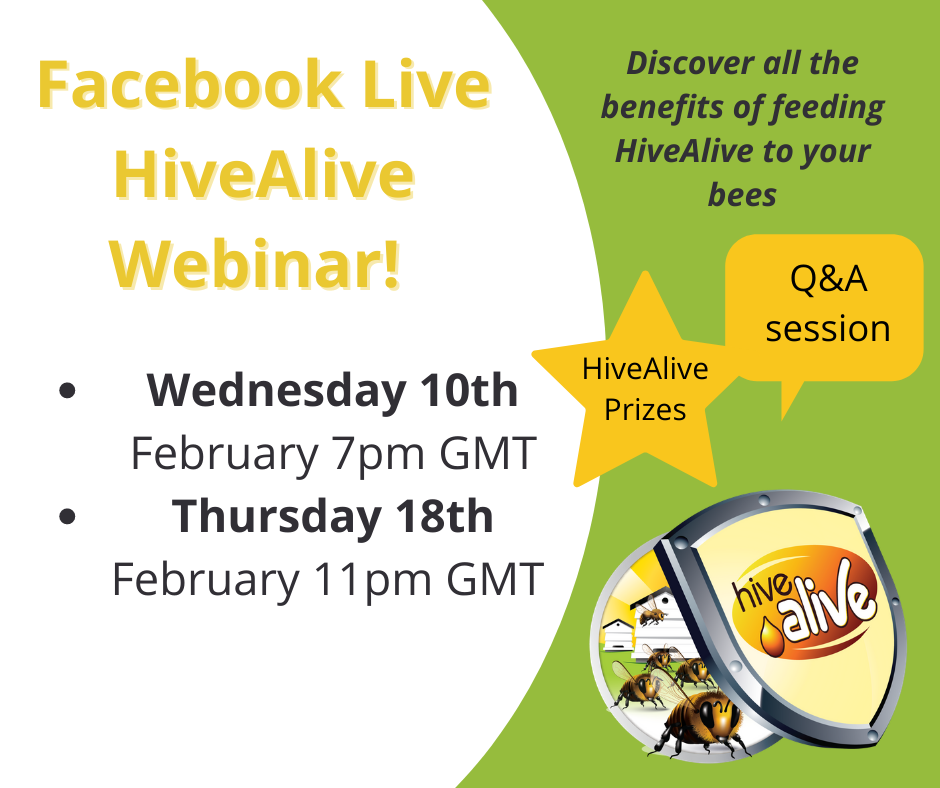