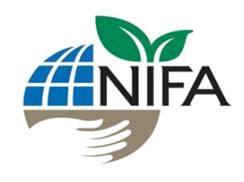 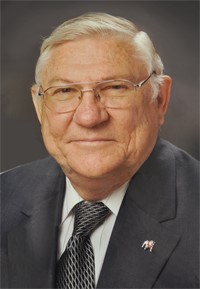 Sonny Ramaswamy, director of USDA’s National Institute of Food and Agriculture (NIFA), announced that Dr. Gale A. Buchanan, Dean and Director Emeritus at the University of Georgia’s College of Agricultural and Environmental Sciences and former USDA undersecretary for Research, Education, and Economics, will present the 2016 William Henry Hatch Memorial Lecture on Nov. 14 in Austin, Texas, at the annual meeting of the Association of Public and Land-grant Universities (APLU).

The lecture is one of three rotating lectures presented by NIFA and APLU, which honor three historic Land-Grant University figures: Seamen A. Knapp, Justin Smith Morrill, and William Henry Hatch. Nominations for this prestigious award are submitted by the Land-Grant University system, stakeholders, foundations, public interest groups, and international organizations.

The lecture commemorates the foresight of William Henry Hatch in leading the movement to establish national support for agricultural science at land-grant universities. William Henry Hatch (Sept. 11, 1833 – Dec. 23, 1896) was a U.S. Representative from Missouri. He was the namesake of the Hatch Act of 1887, which established state agricultural experiment stations for the land-grant colleges. Not only was this the first significant program of federal support for science, beginning in 1887, it established the role of American public universities as centers of discovery.

“The critical importance Hatch placed on agricultural research 129 years ago continues to be relevant today,” said Ramaswamy. “Now, more than ever, research conducted at our nation’s experiment stations is imperative to meet the needs of an ever-growing world population estimated to reach nine billion by 2050 in the context of a number of climate change, diminishing land and water resources, environmental degradation, and the need to ensure nutritional security.”

Buchanan’s lecture will emphasize Hatch’s legacy to feed the world, the role of agricultural research, and present and future challenges. “Success of agriculture contributed greatly to the evolution of our civilization and agricultural research provides the information and technology necessary for continued success,” he said. The lecture provides a forum to challenge thinking about university research programs, especially in agriculture, and proposes opportunities and challenges for the future.

Buchanan’s principal interests are in improving the agricultural research system. His recently-published book, Feeding the World — Agricultural Research in the Twenty-First Century (link is external), describes the emergence and institutionalization of the agricultural research system that, over the past five decades, has enabled the output from agriculture to increase 2 ½ times with a constant level of inputs. He also describes the beneficiaries and return on investment in agricultural research. Additionally, his book outlines challenges ahead and proposes solutions to strengthen the system in order to meet the expectations of a growing and demanding world population.

Buchanan has almost 60 years of experience in the field of agriculture, including growing up on a farm, higher education, and work in the nation’s Land-Grant University System, and service in the U.S. Department of Agriculture. He earned B.S. and M.S. degrees in Agronomy from the University of Florida and a Ph.D. in Plant Physiology from Iowa State University. From May 2006 to January 2009, he served as Under Secretary for Research, Education, and Economics in the U.S. Department of Agriculture. With the passage of the 2008 Farm Bill, he also assumed the responsibility of USDA Chief Scientist. Dr. Buchanan is a 30-year retired U.S. Army officer.

The lecture series began in 1980 with the Knapp lecture featuring Lester Brown and his speech entitled The Role of Land-grant Universities in Creating a Sustainable Society. Since that inaugural year, there have been many thought-provoking lectures by outstanding contributors to agriculture research, education and extension.

Posted by Craig A. Morris, Deputy Administrator of the AMS Livestock, Poultry, and Seed Program As the agricultural landscape evolves to meet consumer demand,…