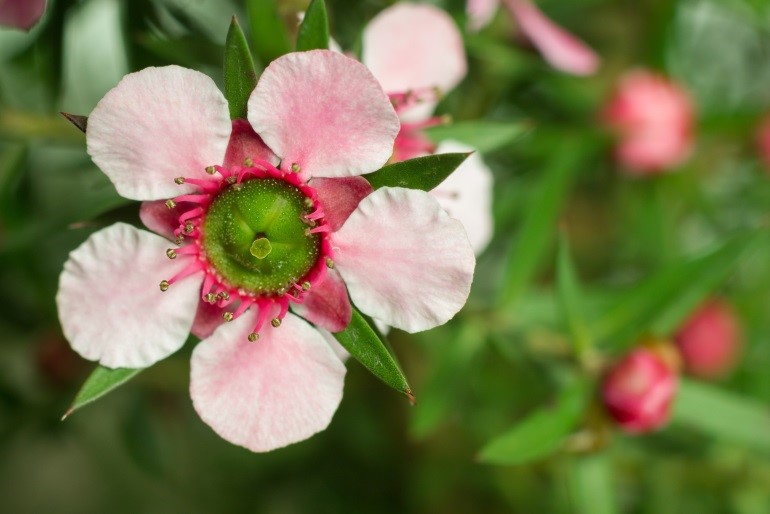 An extraordinary rise in the popularity of manuka honey has led to mass poisonings of bees, thefts, vandalism and beatings

It was the day the bees died – tens of thousands of them in 300 hives, mysteriously killed.

“The massacre”, as it is being called, happened in the otherwise idyllic landscape of Doubtless Bay in New Zealand’s far north.

And for David Yanke and Rachel Kearney, co-owners of Daykel Apiaries, the cause of death was obvious: malicious poisoning.

“It is a nightmare, I don’t feel safe anymore,” says Kearney as she sits at her kitchen table on her family’s farm, 40km east of the Northland hub of Kaitaia. “I feel violated. It has almost turned into a PTSD [post-traumatic stress disorder] experience for me.”

So far there has been no official ruling on what led to the Daykel bees’ demise, although a biosecurity incident has been ruled out by the government.

But Daykel and many other apiarists are in no doubt that the mass bee death is just the latest act of violence in the increasingly crime-ridden manuka honey industry.

The global craze for manuka, highly valued for its medicinal properties, has created a gold rush in rural New Zealand that some believe is rapidly spiralling out of control.

The export to the UK, China and other countries is expected to reach NZ$400m in the next few years.

On the back of the boom, hive thefts, vandalism and poisonings have become standard fare, with every beekeeper interviewed for this article the victim of one or more serious crimes. Verbal threats and physical beatings have also been reported and there are unconfirmed reports that beekeepers now travel in packs for protection to work remote hives.

Manuka is a native New Zealand plant, whose potent pink and white flowers have made the once maligned weed a sought-after crop.

The honey produced by bees who feed on those flowers has become highly valued for its medicinal properties, especially as a salve or wound dressing.

Positioning honey hives close to the plants means beekeepers can market their honey as “manuka” and sell it for triple the price of standard clover honey, even if the active manuka content is so low as to be negligible.

In the past five years the New Zealand apiculture industry has responded to rampant international demand for its unique product by doubling production, making David Yanke’s former bee haven in Taipa increasingly claustrophobic.

For decades, Yanke was the only registered beekeeper within a 5km radius – now there are 56 and he says his bees’ health has suffered as competition for food sources intensifies.

Supplementary feeding on sugar syrup, which used to be rare, has become a necessity for every apiarist and there is dark side of which Yanke and Kearney have come to know intimately.

Only months after they had buried the corpses of their bees, the midnight raids began. Farm gates were cut open with cordless tools, hives dumped into plastic rubbish bags and tossed carelessly into the back of open utes (trucks).

The couple have memorized every detail of the thefts, because they were captured on CCTV cameras, which were installed after the bee massacre.

The raids also always occurred on the fifth of the month – another clear indication that intimidation tactics were being used against the beekeepers.

Bruce Robertson understands the pressures now bearing down on an industry that is being overwhelmed.

As the managing director of Haines Apiaries in Kaitaia he has watched the boom happen in front of his eyes.

Although Maori people had used manuka honey as a wound dressing for years, the apiculture industry was wary of the product, as it was tricky to work with, had a short flowering season and somewhat bitter taste.

“I got into the industry when manuka was selling for NZ$10/kg and we thought that was an incredible price,” recalls Robertson, a no-nonsense, old-school beekeeper. “Now it is commanding up to NZ$200 at the high-end – it has gone really stupid.”

Robertson has become somewhat hardened to the scale and frequency of attacks on his 3,000 hives. Over the past five years, he’s had hives stolen, vandalized and poisoned, and estimates three to four are pinched every week, at a cost of NZ$3,000-4,000.

Haines has set up CCTV cameras at the most frequently targeted sites but thieves smash or steal those. So now Robertson installs two cameras – one to film the thieves attacking his hives and the other to record the thieves stealing his CCTV camera.

“The rule used to be that you put one hive per hectare and you didn’t have another beekeeper working anywhere near you for one kilometre,” Robertson says. “Those days are well and truly gone. We have amateurs setting up hives 200m away from our manuka crop.”

Haines Apiaries was established in 1948 and is the oldest apiary in far Northland. But Robertson says the company is “at a loss” as how to deal with the current lust for liquid gold.

Placing GPS trackers in the hive boxes is an option but they’re expensive and hard to conceal on the simple wooden structures and work only if the owner has cellphone access, which is often limited in Northland.

Beekeepers have started painting their hives in distinctive colors and printing unique numbers on them, but these efforts are cosmetic and have proven close to useless.

“GPS tracking doesn’t stop guys coming in with flyspray in the middle of the night and wiping out our hives,” Robertson says. “There’s no integrity any more – it’s really sad.”

In the 12 months to June, New Zealand police received nearly 200 reports of hive or honey thefts, largely in the manuka-dense regions of Northland and central Otago.

In a statement Senior Sergeant Alasdair Macmillan said New Zealand police were working closely with industry bodies to tackle the rise of manuka crime, as well as establishing a national database for information gathering.

“Police are concerned that underreporting of the issue is preventing a full understanding of the scale of the problem and gathering intelligence on it,” Macmillan said.

“Reducing beehive thefts requires help from those within the industry and members of the public.”

But many frustrated beekeepers have taken retribution into their own hands, fed up with what they say is the police’s poor record of solving and prosecuting manuka honey crimes.

At Daykel, seeking revenge was never an option. Yanke and Kearney’s response to their trouble has become one of grief, rather than anger.

They informed the ministry for primary industries of their “mass bee death”, which had cost them an estimated NZ$200,000-300,000.

In a statement, the ministry said it tested the bodies of the dead Daykel bees for a biosecurity incident and “100 common poisons”.

MPI said it didn’t test for “an exhaustive list of every possible bee toxin or poison” but that intentional poisoning was the most likely explanation for the deaths.

Yanke has narrowed his suspicions down to two possible poisons he thinks are responsible for the slaughter but can’t afford the NZ$8,000 for additional testing by a university lab. Both poisons are cheap and easily bought in New Zealand.

The local Kaitaia police investigated the incident but dropped the case when no leads were forthcoming. A complaint by Kearney about the lack of vigour surrounding the police’s investigation has made all further interaction between Daykel and local police “very cool”, she says.

A hundred kilometres away on his Panguru farm, part-time beekeeper Lindsay Guest heard about the Daykel poisoning. The incident unnerved him, as it seemed to mark a tipping point from small, frequent acts of sabotage to something more sinister.

Guest learnt beekeeping from his father, Bill, 93, who constructed his first hive at the age of 14 with wood felled from a native Kauri tree.

The manuka crime wave is anathema to his father, who came of age when beekeeping was seen as a noble profession and Sir Edmund Hillary the archetypal beekeeper.

These days, Bill prefers to potter in his vegetable garden and largely keeps away from the farm’s 200 hives. After years of poisonings and vandalism, his heart has gone out of beekeeping.

“I feel so bad for the beekeepers today,” says Bill, who returned from the second world war with the sole ambition of building up his hives. “It has become so nasty now, I don’t like to think about it. The sweetness has gone.”