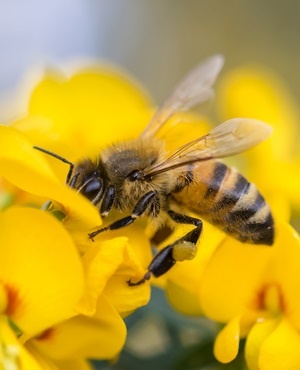 Rishad Ahmed, project funding expert and specialist from Incentives SA said the inclusion of various industry stakeholders in a combined effort could aid in the growth of the industry.

The local honey industry currently sees an average annual turnover of R3.2bn, producing 2 000 tonnes per annum, according to the South African Biodiversity Institute. Ahmed, however, believes these numbers could drastically increase, given a proper business model and investments made.

“Various stakeholders need to be involved to ensure projects such as this one take off. Projects need to be packaged and project managers need to engage with the stakeholders and those in industry to join the dots in the honey productions industry,” Ahmed told Fin24.

However, Ahmed said there were numerous factors that needed to be considered and which affected the honey industry locally.

Since 1980 there has been a massive decline in the the number of South African beekeepers, according to SA Honeybee Foundation’s Dominique Marchand.

“South Africa has never had any formal training schools, unlike the majority of countries with strong commercial farming output. Even Tanzania, Kenya and Ethiopia have them,” Marchand said.

Ahmed told Fin24 another issue plaguing the industry was that many retailers were not retailing honey from local suppliers.

Ahmed told Fin24 the local honey bee population was dwindling due to the extermination of the the insects.

“It is barbaric to kill species by terminating them. The more bee hives we keep, the more we can collect honey and be able to process honey and supply a larger amount,” he said.
Key to the growth of the industry is to seek investment from government, the private sector and abroad, according to Ahmed.

This week, the Norwegian-African Business Association (NABA), which seeks to promote business opportunities in Africa and serve as a bridge between Norwegian and African business communities, will host its annual conference. Ahmed will attend.

“It is opportunities like these that South Africa, and projects like growing the bee population for a higher yield in the production of honey, can benefit from,” Ahmed said.

Still two, maybe three years for decision after seven years of study The U.S. EPA will make a decision on how to regulate neonicotinoids…