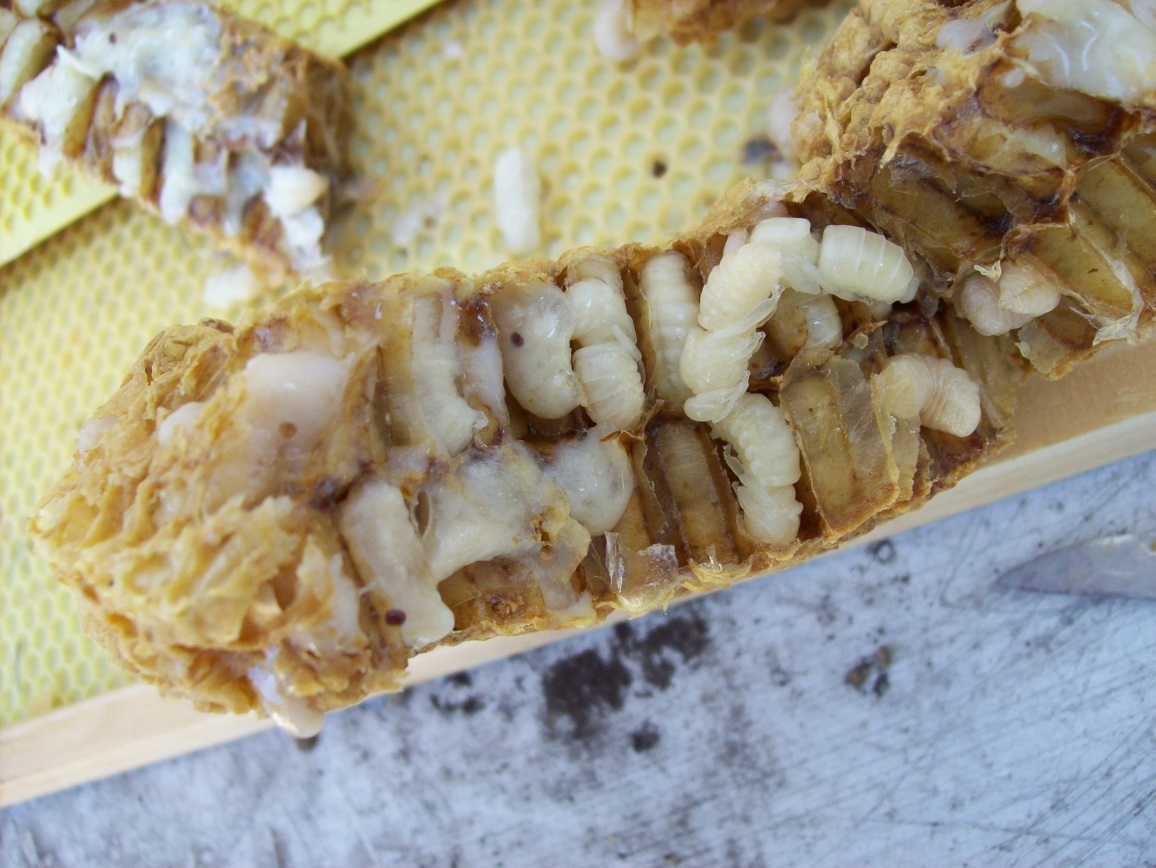 COPENHAGEN, Denmark, Nov. 28 (UPI) — Honey bee brood — a combination eggs, larvae and pupae — is considered a delicacy in Mexico, Thailand, Australia and elsewhere. In a new study, scientist considered the potential of honey bee brood as a staple food and source of protein for the planet’s ballooning population.

The obvious advantage of bee brood is its nutritional efficiency. It compares favorably to beef in terms of protein quantity and quality, but its production requires only a fraction of the space and energy.

Those who are already accustomed to eating bee brood appreciate the delicacy for its nutty flavor and crispy texture. It can be cooked or dried and is often added to egg dishes and soups.

Beekeepers already remove frames of bee brood from managed hives as a way to control the spread of Varroa mites, a harmful parasite.

Researchers at the University of Copenhagen see these frames as an untapped resource.

“Honey bees and their products are appreciated throughout the world,” researcher Annette Bruun Jensen said in a news release. “Honey bee brood and in particular drone brood, a by-product of sustainable Varroa mite control, can therefore pave the way for the acceptance of insects as a food in the western world.”

Bruun Jensen and her colleagues described the potential of bee brood as sustenance in a new paper published this week in the Journal of Apicultural Research.

Despite its promise, the finer points of bee brood farming and harvesting need to be worked out.

Though research suggest the brood can be frozen and stored for up to 10 months without sacrificing flavor, more research needs to be done to ensure the fragile foodstuff can be safely transported at scale. Scientists also need to further study the food safety risks.