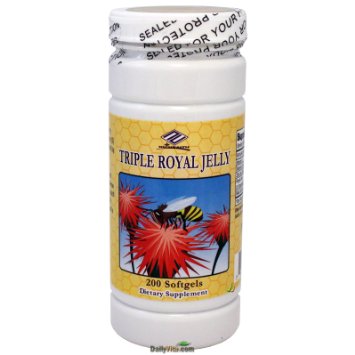 The owners of a Los Angeles nutritional supplement company were sentenced to home detention and probation for illegally importing honey bee royal jelly from China under deceptive labels and other offenses.

Their companies were given major fines.

The U.S. Attorney’s Office says the couple pleaded guilty to a wide variety of criminal activity, including falsely classifying goods to avoid import duties, and importing mislabeled food into the United States from China.

Lynn Leung, 61, the former president and co-owner of the UBF Group, Inc., doing business as the Nu-Health Products Co. was ordered to serve five years of probation, which will include one year of home detention.

Leung was also ordered by U.S. District Judge Dale Fischer to pay a $20,000 fine and banned from working as a manager, officer or director of any business entity – including her own family companies – for five years.

Daniel Fu, 65, Leung’s husband and the former vice-president of UBF Group, was also sentenced to five years of probation, ordered to spend six months under home detention and fined $20,000. During the period of probation, Fu is also banned from working as a manager, officer or director of any business entity.

Fischer also penalized UBF Group $1.29 million. The company was ordered to pay a $230,000 fine, to forfeit $941,000 in proceeds derived from criminal activity and to pay $119,000 in restitution to the U.S. Customs and Border Protection agency for import duties it avoided as a result of the criminal scheme.

ASN Group was sentenced to a fine of $30,000 and ordered to implement a compliance program designed to insure compliance with all relevant U.S. Food and Drug Act requirements and regulations.

Leung and Fu pleaded guilty to introducing misbranded food into interstate commerce with the intent to defraud or mislead. The food at issue consisted of millions of capsules of honey bee royal jelly – dietary supplements that were falsely and misleadingly described in import records as aloe vera.

The mislabeled dietary supplements were purchased from UBF Group, Inc.’s supplier in China, the Sirio Pharma Co. Ltd. Both Leung and Fu admitted that the royal jelly was falsely described in import and export documents because Sirio Pharma lacked regulatory certificates required for export of the honey bee products from China.