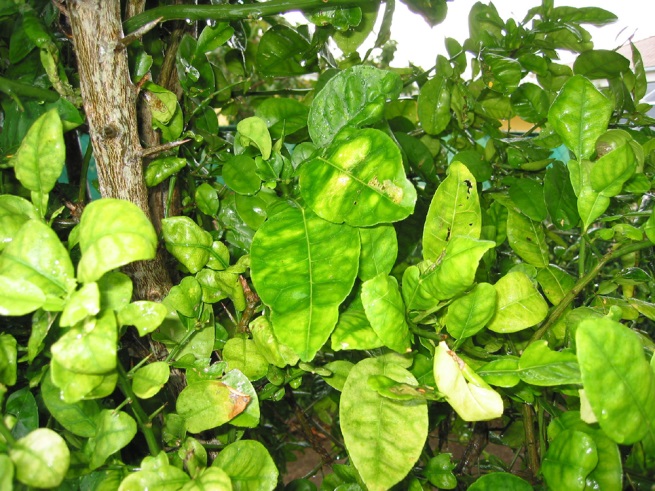 WASHINGTON, April 21, 2016 – The U.S. Department of Agriculture (USDA) today announced the availability of $22 million in grants to help citrus producers fight Huanglongbing (HLB), commonly known as citrus greening disease. This funding is available through the Specialty Crop Research Initiative (SCRI) Citrus Disease Research and Extension Program (CDRE), which was authorized by the 2014 Farm Bill and is administered by USDA’s National Institute of Food and Agriculture (NIFA).

“Since 2009, USDA has committed significant resources to manage, research and eradicate the citrus greening disease that threatens citrus production in the United States and other nations,” said Agriculture Secretary Tom Vilsack. “Thanks to the continued, coordinated efforts between growers, researchers, and state and federal government, we are getting closer every day to ending this threat. The funding announced today will help us continue to preserve thousands of jobs for citrus producers and workers, along with significant revenue from citrus sales.”

USDA has invested more than $380 million to address citrus greening between fiscal years 2009 and 2015, including $43.6 million through the SCRI CDRE program since 2015.

HLB was initially detected in Florida in 2005 and has since affected all of Florida’s citrus-producing areas. A total of 15 U.S. states or territories are under full or partial quarantine due to the detected presence of the Asian citrus psyllid, a vector for HLB. Those states include Alabama, American Samoa, Arizona, California, Florida, Georgia, Guam, Hawaii, Louisiana, Mississippi, Northern Mariana Islands, Puerto Rico, South Carolina, Texas, and the U.S. Virgin Islands.

The HLB MAC group is charged with quickly putting practical tools and solutions into the hands of producers, allowing them to remain economically productive while longer term solutions continue to be developed. The Group invested $20 million into more than 30 projects over the past two years. The funding supports projects by universities, private industry, state and federal partners. Today, growers are benefiting from the use of thermotherapy, soil acidification, biocontrol and other tools funded through the first round of HLB MAC investment. The HLB MAC Group is now considering the best use of an additional appropriation from 2016 of more than $5 million and more information on the HLB MAC Group’s work can be found here.

Last year, the University of Florida and Washington State University received NIFA support for research on growing the putative pathogenic bacterium in artificial culture, which will greatly facilitate research efforts to manage HLB. Another project at the University of Florida will develop bactericides to reduce or eliminate pathogen populations in citrus trees, with the goal of recovering fruit production in orchards affected with HLB.  Research at the University of California will use virulence proteins from the pathogen to detect its presence before symptoms appear and to develop strategies for creating citrus rootstocks that are immune to HLB. Information about all of the projects funded to date can be found online.

NIFA will give priority to CDRE grants projects that are multistate, multi-institutional, or trans-disciplinary and include clearly defined ways to communicate results to producers. Successful applicants will be expected to engage stakeholders to ensure solutions are commercially feasible. Projects should also include an economic analysis of the costs associated with proposed solutions. Based on consultation with the Citrus Disease Sub-committee of the National Agricultural Research, Education, Extension and Economics Advisory Board (NAREEE), only applications that deal with the HLB or its management will be considered.

USDA works every day to strengthen and support American agriculture, an industry that supports one in 11 American jobs, provides American consumers with more than 80 percent of the food we consume, ensures that Americans spend less of their paychecks at the grocery store than most people in other countries, and supports markets for homegrown renewable energy and materials. Since 2009, NIFA has invested in and advanced innovative and transformative initiatives to solve societal challenges and ensure the long-term viability of agriculture. NIFA’s integrated research, education, and extension programs, supporting the best and brightest scientists and extension personnel, have resulted in user-inspired, groundbreaking discoveries that are combating childhood obesity, improving and sustaining rural economic growth, addressing water availability issues, increasing food production, finding new sources of energy, mitigating climate variability, and ensuring food safety. To learn more about NIFA’s impact on agricultural science, visitwww.nifa.usda.gov/impacts, sign up for email updates, or follow us on Twitter @usda_NIFA,#NIFAimpacts.