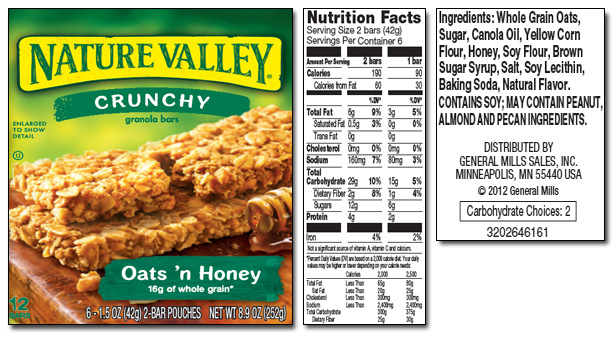 A federal judge dismissed a class action lawsuit filed against General Mills, which claimed the company’s Nature Valley granola bars were mislabeled as “Made with 100% Natural Whole Grain Oats” because the bars contained trace residue of weed killer glyphosate, according to the dismissal order and a writeup in Liability Desk. The judge wrote that “the particular claims in this case are simply not plausible.”

The people who filed the lawsuit were trying to hold the granola bars to a more stringent standard for pesticides than the federal government has for certified organic crops, the judge wrote. Regardless of the fact that the Food and Drug Administration has not finished its work on redefining “natural,” the ruling states that it doesn’t make sense that a product could meet the organic standard, but not one for “natural.”

The judge also points out there is no problem with the label claim in dispute: “Made with 100% Natural Oats.” “Even if the glyphosate traces are present on the oats, there is no allegation that the oats, themselves, are not natural,” he wrote. “The packaging does not state that the product, as a whole, is “100% Natural.

This outcome is sure to make food manufacturers struggling with labeling claims cheer, but it’s likely to infuriate those looking to use litigation to change company practices. When the lawsuit was filed last year, the label was derided as misleading. While it may be argued that the case was splitting hairs on what could legally be considered “natural,” the judge’s ruling further splits that based on the specific label claim.

While this case could be considered dismissed by a technicality, the ruling does not end the need for the federal government to define the term “natural.” A similar lawsuit is pending against Post for using advertising claims including “100% Natural Whole Grain Wheat” and a “Natural Source of Fiber” on its Shredded Wheat cereal, though chemical herbicides are used in the process of growing that wheat.

The FDA took steps to define “natural” in 2015 and 2016, opening up a comment period for people to write whether they thought the term should be defined at all, how they believed it should be crafted and whether it was appropriate to use on food and beverage labels. After the comment period closed last May, nothing happened. Manufacturers — and courts — are still waiting on official word. In the meantime, several manufacturers are likely to continue searching for other, less objectionable terms for their labels.

Considering the Trump administration’s restrictive viewpoint of new regulations and the backlog of other pending laws and definitions at FDA — including redefining “healthy,” revamping the Nutrition Facts label, placing calorie counts on menus at restaurants and grocery store foodservice areas and rolling out new portions of FSMA — as well as working with the U.S. Agriculture Department on mandatory GMO labeling, it’s not likely that any new definitions will be approved soon.

In the meantime, decisions like this one may continue to set precedent that at least narrows the road for those making unfair labeling claims.