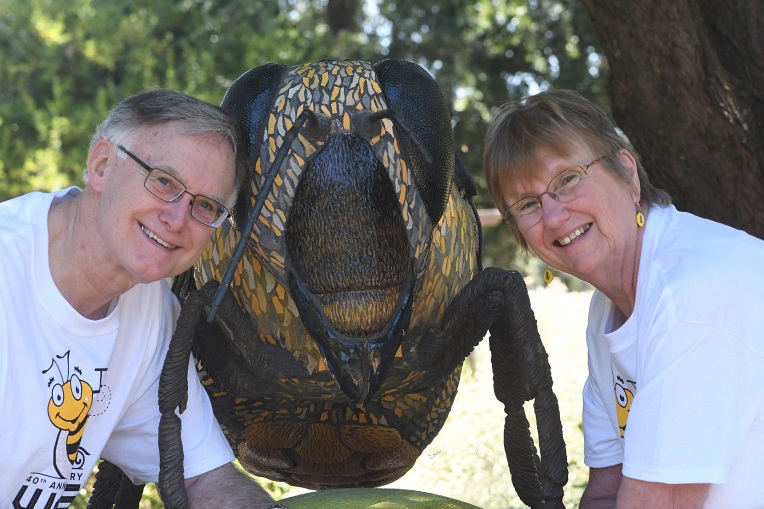 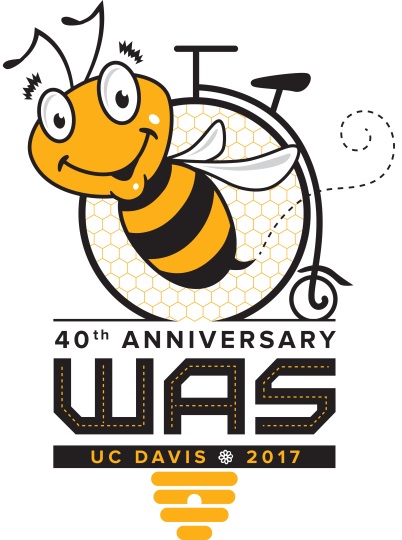 The Bee Team–Honey bee guru Eric Mussen, Extension apiculturist emeritus, UC Davis, and his wife, Helen, are planning the program for the 40th Western Apicultural Society conference, to be held Sept. 5-8 at UC Davis. Mussen, one of the co-founders, is serving his sixth term as president. This photo was taken by the Miss Bee Haven sculpture in the Häagen Dazs Bee Haven on Bee Biology Road. (Photo by Kathy Keatley Garvey)

DAVIS–Monday, July 31 is the pre-registration deadline to attend the Western Apicultural Society’s 40th annual conference, to be held Sept. 5-8 at the University of California, Davis, where the organization was founded.

Extension apiculturist emeritus Eric Mussen, who is serving his sixth term as president of the Western Apicultural Society (WAS), says those registering early will save $50. “There will still be an opportunity to register after July 31 but you won’t get the ‘early bee’ special,” he said.

WAS, a non-profit organization, represents mainly small-scale beekeepers in the western portion of North America, from Alaska and the Yukon to California and Arizona.  Beekeepers across North America will gather to hear the latest in science and technology pertaining to their industry and how to keep their bees healthy.

Mussen, who retired from UC Davis in 2014 but maintains an office at Briggs Hall, said most events will take place at the UC Davis Activities and Recreation Center (ARC) and surrounding facilities associated with the UC Davis Department of Entomology and Nematology.  Off-site tours are also planned during the afternoons.

The conference kicks off with the three co-founders engaging in nostalgia. The three, all from the UC Davis, are apiculturist Norm Gary, WAS first president and now professor emeritus; Mussen, first vice president; and Becky Westerdahl, first secretary-treasurer and now an Extension nematologist in the Department of Entomology and Nematology. Mussen said many former WAS officers and founding members are expected to attend and participate in the lively session. 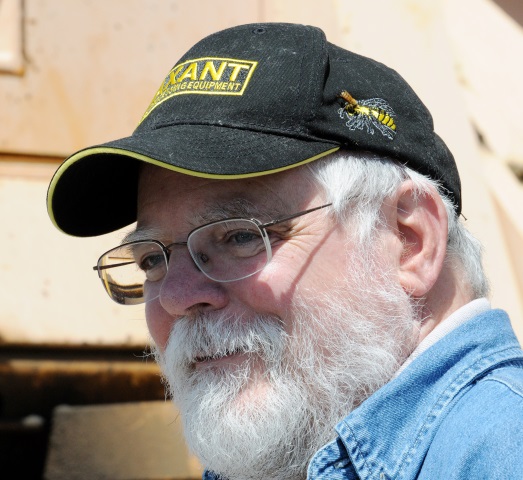 At the conference, Kim Flottum, editor of Bee Culture magazine, will share his insights on the “The Rapidly Changing Bee Scene”;  Les Crowder will discuss managing honey bees in top bar hives, and Larry Connor will cover “Keeping Your Bees Alive and Growing.” Several speakers will present mini-sessions outdoors at the Harry H. Laidlaw Jr. Honey Bee Research Facility and the adjacent Häagen Dazs Bee Haven, a bee friendly garden operated by the UC Davis Department of Entomology and Nematology. Both are on Bee Biology Road.

“The beekeeping and honey industries are, and have been extremely volatile,” said Flottum, editor of Bee Culture for more than 30 years. “That’s what happens when you have animals, the weather, government and humans in the mix.” He will discuss “what’s going on at the moment that beekeepers should be aware of, and more importantly, what to expect in the near and not so near future that will affect bees, beekeepers and honey, queen and honey bee production.”

Flottum also authored three books on beginning, intermediate and advanced beekeeping and one on honey plants and honey tasting, and is working on several more books.

“Kim Flottum has been a stalwart in U.S. beekeeping for decades,” Mussen said. “He ferrets out information on national, regional, and local beekeeping happenings and disseminates the news in various places, depending upon his role at the time.”

Other presenters will include beekeeper Serge Labesque of Glen Ellen, Sonoma County, who advocates selecting local bee stocks that can handle the problems of current-day beekeeping. Amina Harris, director of the UC Davis Honey and Pollination Center will lead a formal honey tasting, and Sarah Red-Laird of Oregon, executive director of Bee Girl and the American Beekeeping Federation’s Kids and Bees Program director, will present a breakout session on “Beekeeping Education/Honey Bee Conservation.”

UC Davis artist Steve Dana created a T-shirt for the conference featuring a bee on a high wheeler bicycle or penny-farthing, symbolizing UC Davis. The t-shirt can be ordered on the WAS website at http://www.westernapiculturalsociety.org. The conference registration form, speaker program and other information are online.

Eric Mussen offers 10 reasons why one should attend the conference. See the Bug Squad blog, UC Agriculture and Natural Resources website, at http://ucanr.edu/blogs/blogcore/postdetail.cfm?postnum=24628