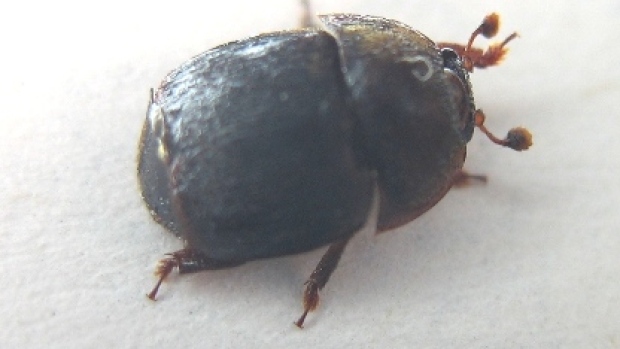 The small hive beetle, which lays its eggs in honeycomb, has been found in the Acadian Peninsula.

The discovery of a small hive beetle infestation in northeastern New Brunswick has created a flurry of government action to keep the threat to honey bees from spreading.

The province has put $100,000 a year into a honey bee expansion program to help increase the honey bee population native to New Brunswick.

The small hive beetle arrived in hives that were brought to the Acadian Peninsula from Ontario for blueberry pollination.

Kevin McCully, provincial director of agriculture, said officials are unsure how the beetle got past what he called a rigorous inspection process. 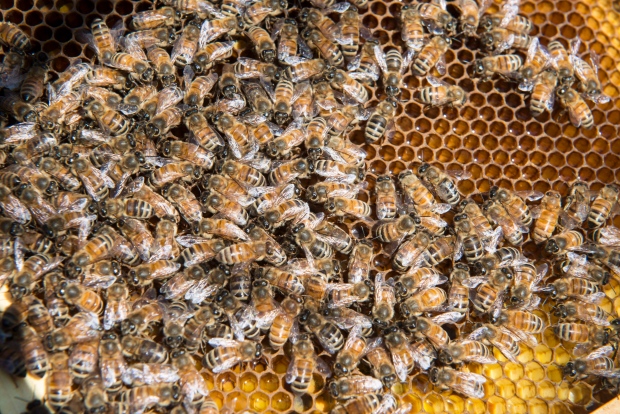 The government of New Brunswick is spending $100,000 a year to help the honey bee population grow. (The Canadian Press)

Beekeepers “have to send us their forms showing their inspection results, and they were all reported to not have any presence of small hive beetles in them,” he said. “So we were very surprised when we did some spot checks and found them.”

The beetles are mostly a threat to the bees’ homes. Adult small hive beetles find places within honey bee colonies to lay eggs, typically eight. The larvae defecate on the honeycomb, causing the honey to ferment and spoil.

The beetles have been found in southern Ontario and other parts of Canada, including Manitoba, Alberta and Quebec.

There is now a no-movement quarantine on the bees that arrived from the beekeeper in Ontario. That means the bees are not allowed to be taken to any other part of New Brunswick and must be sent back to Ontario by June 22.

Despite the beetle infestation, New Brunswick has allowed 25,000 hives to be brought in from Ontario because they’re needed for pollination.

“We’d rather not do that,” McCully said. “We would rather have our own beekeeping to be able to provide that pollination.”

Government arrived at the large import number to get the maximum economic benefit, he said.

The Agriculture Department said New Brunswick and Ontario will work together to see what went wrong.

A call for stronger regulations

But for some in the industry, checking to see what went wrong isn’t enough.

Calvin Hicks, president of the New Brunswick Beekeepers Association, said provincial regulations are not tough enough, and it’s only a matter of time before the small hive beetle arrives.

“Right now, as far as we know, there hopefully aren’t any small hive beetles affecting New Brunswick-owned hives,” Hicks said in an interview Monday before news of the infestation on the Acadian peninsula.

He said he would like to see New Brunswick follow Nova Scotia, which banned the import of bees because of the destructive beetles.

“Those requirements have been a bit too lax,” he said.