When I was new to beekeeping, the first beekeeping course I took was titled, “Natural Beekeeping.”  The course was being held at a biodynamic farm, just a short 20-minute drive from my house.  Because I didn’t know about the great courses offered by the New Jersey Beekeepers Association, at the time, this seemed like the best option.

The course was team-taught by several people, some with more bee knowledge than others. They all had varying interpretations of what “natural” meant and some of these views were, shall we say, bordering on the extreme. Before I continue with my story let me make one thing clear, I believe that everything should be as natural as possible, and that the more natural the environment, the better it is for everyone and everything. However, I also believe that you need science to back-up and support what you do, otherwise it’s just superstitious mumbo-jumbo. Some of the “instructors” at this course seemed to toss science, logic, and common sense out the window. For example, one instructor was explaining that her bees “know” where she needs to be stung, and when the bees sting her, they are sacrificing themselves to help her.  If her back is hurting, BAM! She gets stung in her back. When her knee is sore, BAM! A few stings to her knee. But she said one thing in particular that will stick with me forever: “Every time I have needed to see something, really see something in my life, the bees have stung me in my eyes!” As I processed her words, I realized that “Every time” meant that this had happened to her more than once! MORE THAN ONCE!!! And, “in my eyes” meant, IN-MY-EYES!!!!  I thought, and still think, that if I get stung in my eye, I may give up beekeeping and instead start collecting soft and fuzzy teddy bears. Certainly if it does ever happen, I’m going to take every precaution to make sure that it never, EVER, happens again! 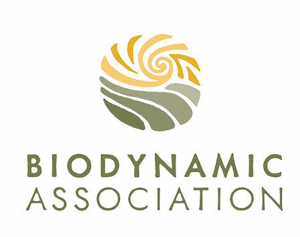 At this point during the course, alarm bells were going off in my head. “Warning, Warning, Warning Will Robinson!” I am skeptical by nature, but now I was on high alert. When the topic of honey bee pests came up, there was a discussion of biodynamic farming principles, which included – and I am not making this up – the following instructions: Collect as many of the dead pests as you can, and during specific full moons throughout the year, you burn them to an ash, then sprinkle the burnt pest ash around your farm or hive so as to frighten, and keep away any remaining pests. The belief is that “no animal wants to cross over its own dead, so when they encounter an ash line made from their own kind, they will not want to cross it.” Now, the last time I checked, not too many pests, insect or mammal, have sat down to watch The Killing Fields, so this seemed to make as much sense as wearing aluminum foil on your head to get a better Wi-Fi signal.  One of the course instructors went on to say that you should collect dead Varroa mites, wait until the biodynamic farming calendar tells you that it is the correct full moon, burn them to an ash and sprinkle their remains around the perimeter of your hives. This is not exactly the type of mite treatment you read about in any of the scientific journals or hear that commercial beekeepers are using.

It was also at this same natural beekeeping course that I first heard about oxalic acid but because it was discussed alongside torching pests by moonlight, I didn’t exactly embrace what was being said. To make matters worse, at that time, oxalic acid was not approved as a treatment for varroa in the U.S., and technically it was illegal to use in your hive. So hearing the words, “illegal” and “don’t worry, it works” didn’t give me the confidence that this was a scientifically proven way to deal with Varroa. Further, when it was explained that you vaporize the oxalic acid with a metal wand powered by a car battery, and you have to wear a respirator because the fumes could melt your lungs, I was thinking the only way this could sound more like Hogwarts was if you also sprinkled in some pixie dust and porcupine quills.

When the course was over, I had learned a few useful things. I knew that I needed to refer to reputable sources if I ever wanted to be a successful beekeeper, and the importance of differentiating fact from fiction when assembling my mite treatment regime.  Throughout my tenure with Apis mellifera, I have read a shelf-full of books, and subscribed to both Bee Culture, and American Bee Journal.  I also have attended as many bee meetings as I can, especially to gain wisdom from a prominent researcher or experienced beekeeper. Throughout the years, I would read or hear about oxalic acid, but every time, I also started thinking about burning Varroa in the moonlight. Eventually, oxalic acid was approved to be used in the U.S., but I was still skeptical, as I could not separate it from those who had first spoken about it and everything else they had said, such as, “works really well, you just have to believe!”

Now fast-forward to about a year and a half ago. There was talk of something called “mite bombs,” untreated hives that collapsed after being infested with Varroa. The mite bombs would infect other hives in one of two ways: 1) either the foragers would abscond from their hive and drift into healthy hives, bringing their mite infestation with them, or 2) bees from the healthy hives would find and rob out the mite-infested hives, bringing a lot more than honey back with them to their own hives. The biggest issue with the mite bombs was that the infestations would happen AFTER Fall treatments, so many times the beekeepers who thought their hives were mite-free and ready for Winter, actually ended-up with an after-treatment surge of mites.

Also in the past 18-20 months, there has been some question if Varroa could possibly start to build up a resistance to Apivar, the Varroa-killing silver bullet that most of us use as a treatment. So, the need to use another treatment with which we can rotate into an effective yearly mite treatment plan has become even more important.  It was also reported by Cornell University that when varroa mites were first introduced to the U.S. in the 1980s, colonies could tolerate much higher infestations than they can today. The treatment threshold back then was a lot higher, between 10% and 20%, and mites could be effectively controlled with only one treatment a year.  However, since that time colonies have become less able to tolerate such high infestations, and colonies often require multiple treatments throughout year.  Randy Oliver, the renowned commercial beekeeper and researcher, states that treatment thresholds should now be 1% or less.  It seems that our bees are less able to handle the stresses that varroa puts on them, and responsible beekeepers must do everything they can to actively control the Varroa levels in their colonies.

What I’ve learned is that oxalic acid works because it hurts the mites, but not the bees. While the research is not conclusive on all the ways it impacts the mites, it seems like the acid is absorbed by the mites’ soft footpads, burning the footpads during the process, which also causes the mites to lose their grip on the bees and fall off.  Note that oxalic acid only reaches the Phoretic mites attached to adult bees, it does not reach mites in capped brood cells.

While using oxalic acid as a treatment for varroa is relatively new to the U.S., it has been used for quite awhile in Europe and also in Canada. This past Spring, I was corresponding with a beekeeper in Sweden and I learned two important things: 1) Apivar is NOT approved for use in Sweden; and 2) oxalic acid is Sweden’s #1 choice for treatment. This had a huge impact on me, as I could not imagine successfully treating for mites without Apivar.  Second, if an entire country was relying on oxalic acid to keep their bees alive, then I needed to realize that oxalic acid was a lot less of a magical potion cooked up in the moonlight and actually had some solid science behind it. The more I came across it in my studies, the more I realized that oxalic acid is used throughout the world and scientists have been studying it for years. I also read about the results of the Varrox® vaporizer field trials across seven European countries that compared the various methods of using oxalic acid for their effectiveness and impact on the bees. The study showed that the vaporizing method could be up to 99% effective for killing mites at times when the colony is broodless and vaporizing was the method that was the most gentle on the bees.

Which brings us up to today.

As I thought about mite bombs, colonies less able to tolerate Varroa, the need to alternate Apivar with other treatments, and that colonies are most at risk post-Fall treatment, plus everything I had been reading, it seemed like all of these things were pointing me in the same direction, and “showing me” what I needed to do. It was time for me to start using oxalic acid. And, I would like to add that I “saw” this without having to get stung in the eye!

It is well over a decade since I first heard about oxalic acid, but I have to admit that I now own, and sitting in my garage is a Varrox® Vaporizer, which is made in Switzerland and has been used throughout Europe for years, an extra car battery, as well as a container of registered and approved oxalic acid for mite treatments.

However, before ever donning my newly acquired respirator and heading to my apiary, I need to do one thing first. I need to apologize to everyone who has long known that oxalic acid is an effective treatment for Varroa. I’m sorry that I doubted you, and I’m sorry that I mocked you and your treatment of choice. You were right and I was wrong. I will join your ranks and as I do, I will chant, “The only good mite is a vaporized mite!” I will become one of you. But, as of this writing, one thing is still for certain and must be said, no matter how big of an oxalic acid apostle I become, I’m not backing down on what I think of moon-soaked Varroa burns at midnight.