What honey bees have taught me.

My dad, Peter, has been keeping honey bees along the central coast of California since the 1960s.

Since I learned to walk, I’ve been helping him with his bees on our family’s farm in Palo Colorado Canyon, between Carmel and Big Sur. Keeping bees with my dad over the years has been nothing short of a series of adventures. Of these adventures, capturing swarms from trees, moving ornery colonies in the dark of night without adequate bee suits or flashlights, and driving down the coast with bees swirling around inside the old Volvo station wagon rank among the most memorable, though there are many, many more.

In the Winter we clean, maintain and build new equipment. In the Spring, we add boxes, or “supers,” to the colonies during the “honey flow” – those few weeks, normally in April in our area, when honey production is at its annual peak. Summertime heralds the honey extraction process, which is the heaviest, sweatiest, stickiest, and yes, most delicious, task of all.  In the Fall we monitor the colonies for pests and remove extra supers in order to keep the bees warm during the Winter.

My dad loves his bees almost as much as he loves his own children, though he consumes very little of the honey they produce. He loves the work too, though it is not always easy, especially when you’re over 70. And yet, year after year, he continues to invest in his bees. He reads the latest research on natural beekeeping, honing and adjusting his methods. He finds new “bee spots” to place them for the season. He feeds them throughout Winter with different concoctions of natural sugars, proteins and essential oils. He builds, repairs and cleans his tools and equipment by hand – all in order to have honey to share with family, friends and our local community. He makes beeswax candles in the Winter time. I’ve done the math and I’m pretty sure my dad makes less than $1 per hour investing in his bees. His truly is a labor of love.

For years, I have been trying to convince my dad to keep fewer colonies (he currently keeps around 20). I’ve argued that it’s too much work for too little reward and, more emphatically, that honey bees, as a non-native species, are invasive and potentially damaging to the pristine ecology of the Big Sur coast. My dad is sincerely committed to preserving the ecological integrity of our community, and yet he has stuck to his bees through thick and thin despite my various attempts to persuade him to give them up.

These days, I make my living teaching kids, and the adults who teach them, about the food system in the San Francisco Bay Area. The essence of my work is to help people discover the basics of how to grow and cook food, as well as how to uncover the story behind each bite of food that we eat. Recently, I learned that the word selected as “word of the year” for 2016 by Dictionary.com was xenophobia, a “fear or hatred of foreigners, people from different cultures, or strangers.” Learning this prompted me to ask myself if xenophobic bias has in any way underpinned the way in which I teach about food and food systems or how I approach working on our family farm. If it had, I told myself, I wanted to dig that xenophobia out by the roots and trash it (or perhaps compost it)! What I found on this inner journey was not what I sought, but it did lead me back to my home and gave me a new perspective on my dad’s honey bees.

As expected, the topics of bees and pollination naturally arise when unveiling the story of food. And for over a decade, despite having been raised by a beekeeper, I realize that I have been promoting a perspective that is anti-foreigner. I’ve been known to say things to my students like “honey bees are not a native species,” and “we should really be paying more attention to the plight of our native bees.” While these statements are both true, they are problematic because they can easily be interpreted to mean that something is bad because it is not native. Yes, the perspective I have maintained for years can even be interpreted as xenophobic!

This anti-honey bee perspective I’ve held for years was in fact too simplistic. Yes, “native” species should be preserved and protected, and “invasive” and “exotic” species should be vetted and carefully monitored, but we have to be aware of the messages we send to our younger generations when we promote an agenda that asserts that natives are inherently better or more valuable than foreigners. The issues confronting our food systems and our global economy are much too nuanced these days for such simple statements to be thrown around so casually, regardless of whether we’re talking about plants, insects, animals or entire groups of people.

Cause for further concern, and the justification for my past anti-honey bee sentiments, is that we have been duped into believing that honey bees, as a species, are at risk. Ask any relatively well-informed person what they know about bees and they will reply, “Uh, they’re dying?” Just try it. In fact, the European honey bee, Apis mellifera, is not endangered. Honey bees that are managed for commercial agriculture, however, are dying in disproportionate numbers when compared to wild honey bees. According to Dennis vanEngelsdorp, one of the nation’s preeminent bee researchers and director of the Honey Bee Lab at the University of Maryland: “feral bee colonies are doing fairly well.” So yes, bees are at risk, but not in the way most of us have been led to believe.

What is at risk, and what we should really be concerned about when it comes to the plight of honey bees, is the price of foods that are grown in a system that depends heavily on them for pollination. The widespread bee-plaguing phenomenon known as Colony Collapse Disorder (“CCD”), was originally thought to be caused by influences as obscure (and unscientific) as exposure to cell phone signals or a switching of the Earth’s magnetic field. What this turned out to be due to parasitic mites, viruses the mites transmit, neonicotinoid pesticide exposure, and other stressors that are exacerbated by the way in which most of them are trucked around the nation without access to the diverse array of pollens and nectars, which would otherwise help their immunity (EPA.gov). Nothing is wrong with the bees. Something is wrong, however, with the way we are attempting to bend nature to our will; something is wrong with our industrialized agricultural model, and the honey bees are the literal “canary in the coal mine.”

As the honey bees continue to suffer, their demise threatens the structural integrity of the food system itself. A buckling industrial farming model demands that we be prepared for the price of bee-pollinated foods to rise, and the accessibility of these foods to people of all income levels, to diminish. The price of apples and pears, stone fruit and nut crops (almonds in particular), berries and citrus, will rise as the bees continue to say “no” to the way in which they are being treated.

It is time we begin to treat honey bees, and human beings, with the respect they deserve. It is also time we condemn the sentiment that something or someone is inherently bad if it is somehow not “native.” As American citizens, we are all intrinsically connected by one sad and simple fact: very few of us are truly “native” to a place anymore. Every day, human, animal, insect, plant, and microbial immigrants arrive here – by land, by sea, by air – from literally every continent. This flow cannot be stopped, and we would be foolish and uninformed to think it could be. And every day, cross-pollination and hybridization create new genetic combinations of the species represented on this great blue planet. As potentially threatening as they may seem, each “new” arrival makes a unique contribution to the continuously emerging tapestry that is our collective national (and international) cultural and agroecological fabric. The heterogeneity of this fabric will at times lead to conflict and competition, but it is from the combination and intermingling of species and genes, cultures and religions, not their segregation and isolation, that the resilience and healing of both people and planet will rise. 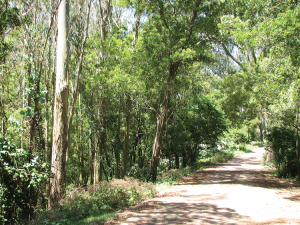 Our only hope is for tolerance. The resilience of generations to come will depend on our ability to encourage and celebrate diversity. And in order to be the stewards of thriving ecological communities, we must learn to preserve and protect the “natives” in our communities while not being afraid of the “exotics” merely because of their “other-ness.” The American democratic experiment, the survival of our species and the species with whom we co-exist, the survival of the planet Earth as we know it, may indeed depend on our ability to overcome our fear of foreigners.

After spending years not keeping honey bees of my own, I’m setting up my own hive near a big stand of Winter-blooming, non-native, eucalyptus in San Francisco this season and “composting” my past sentiments about these humble and remarkable creatures. 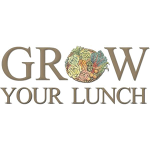 Benjamin (“Farmer Ben”) Eichorn is an internationally – renowned expert on the topics of edible gardening and food literacy education. He is the author of Edible Gardening: Ten Essential Practices for Growing Your Own Food. Ben grew up on Country Flat Farm in Big Sur, CA where his family grows certified organic Meyer lemons, diverse vegetable and fruit crops, and keeps honey bees. In 2010, he founded Grow Your Lunch (www.growyourlunch.com), after teaching for four years at the Edible Schoolyard Project in Berkeley, CA. The mission of Grow Your Lunch is “to inspire a revolution in public health and well-being by empowering communities and individuals to grow their own food.” He lives in San Francisco, CA.

Botanical Society of America IMAGE: After pollination, pollen must hydrate, germinate, develop sperm, and grow a pollen tube to reach an ovule and egg. These…