By: Mary Montuat, Editor of The Irish Beekeepers Journal

My eye was caught recently by a bizarre news item from Japan. It described an experiment where cattle owners (with black Japanese cattle) had painted white stripes on their animals making them look rather like zebras, and that this stripey effect had significantly reduced the number of insect bites the cattle received, when compared with the unpainted, plain black cattle. Of course, I am not concerned with stripey cattle, but the fascinating question of the stripes on bees and bee imitators immediately came to my mind. I have always found it rather puzzling that there can be such accurate imitation as, for instance, we find on the cuckoo bees which exploit the ‘normal’ bumble bees. Indeed, some species of bumble bees support populations of the invading cuckoo bees which look, and also smell, the same as their own queen before she was ousted or killed by the cuckoo queen. How do these imitators manage to ‘copy’ (if that’s the word) their targets? As we are aware, honey bees are acutely sensitive to the scent or pheromone of their own colony, even to the extent of ejecting other bees of the same species which belong to a different colony and smell of a different queen’s pheromones.

A slightly related news item in the BBKA News for November mentioned some new research by Professor Candy Rowe and her team at Newcastle University in the UK, identifying a possible advantage to being a stripey insect. Their work was on praying mantids, and they demonstrated that the predators actually find it more difficult to spot rapidly moving stripey prey: ‘If you’re stripey and move fast enough, then the blurring of the pattern can make it harder for the predator to spot you.’ I believe that this is called ‘the flicker fusion effect’ and it confuses the predator’s eye.

Realizing that the question of mimicry among insects, whether it is visual or pheromonal, is very complex, I began to look up all sorts of references to the subject. This led me straight back to 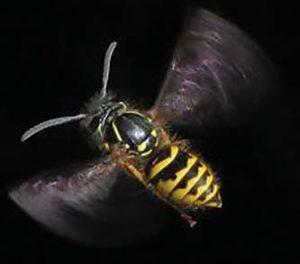 Charles Darwin, who wrote that the mimicry discovered by his friend Henry Walter Bates among butterflies in the Amazon basin was ‘an excellent illustration of natural selection.’ Bates proposed that there was an evolutionary advantage for a harmless (non-poinsonous) insect if it looked like a poisonous (or very distasteful) one: he considered that this would decrease the predation on the insect which looked dangerous, but was not. This is now known as ‘Batesian mimicry’ and I will quote a plain definition from the Amateur Entomologists’ Soceity website:
“Batesian mimicry is a type of mimicry where a harmless organism mimics a poisonous or unpalatable one. Predators learn to avoid the unpleasant organism and, because predators are unable to distinguish the mimic from the poisonous/unpalatable organism, the mimics are also avoided.”

However, even before Bates had concluded his own research, he realized that there are also mimics of a different sort. These mimic other unpalatable insects, even though they are themselves unpalatable. This was proposed as a different form of mimicry by Fritz Müller, and again I will quote the plain definition given on the Amateur Entomologists’ Society website:
“Mullerian mimicry is a type of mimicry whereby one or more species develop a similar appearance. Each of the species is either poisonous, dangerous or unpalatable to predators. Predators may only encounter one specific species but protection is conferred to the others due to their similar appearance.” 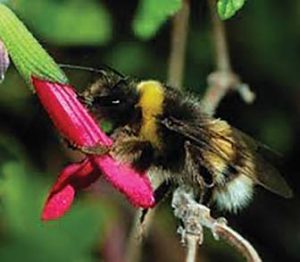 Müller proposed that there are ‘rings’ of convergence which produce mimetic effects, and that this would be most advantageous for species which are less numerous than other members of the ‘ring’. An evolutionary advantage would be conferred if they looked like the more common, unpalatable insect. [Interestingly, many of the ‘unpalatable’ qualities of insects are conferred upon them by their choice of food plant. For example, caterpillars can take up nasty tastes and use them to their own protection against predation by birds.] Müller saw that the less numerous species would be under evolutionary pressure to become more and more similar to the protective appearance of the more numerous species.

The question quickly became even more complicated and also controversial as Victorian entomologists took up the cudgels for one or the other type of mimicry. Bates himself was not convinced about the Mullerian ‘rings’. Other problems arose when the researchers began to look at ‘imperfect’ mimics: what degree of similarity might confer the benefit? Did the stripes have to match perfectly, or would an approximation be just as useful? And I added my own tuppence worth by thinking about the cuckoo bumble bees: they may look extremely like the target species. However, Dave Goulson comments that they ‘often resemble their hosts in coloration. Most authors agree that this is probably not to aid entry in to the nest, but that the cuckoos and their hosts are members of a Müllerian mimicry groups.’ [Dave Goulson, Bumblebees, 2010] Perhaps it may to be more important to mimic the pheromones? 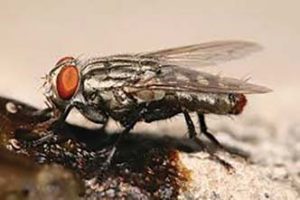 A research project at London University ‘wanted to test the idea that bumblebee species in the same location converge on a similar appearance to enhance protection from local predators.’ Logically, they proposed that unusually colored bumblebees would suffer more predation than the usual ones. However, ‘this is not what they found.’ The research leader, Dr Nigel Raine, concluded, “Although birds can tell the difference between the color patterns of the different bee populations in our experiments, they probably find it hard to tell them apart in the fraction of a second when a bee flies past. Perhaps it’s better for the bird to steer clear of all animals which look, sound, or fly like a bumblebee to avoid the danger of eating one.” [Science News, May 2010] But a report on the Penn State University website maintains the original idea: ‘According to Heather Hines, assistant professor of biology and entomology, bumblebees are distasteful to predators because of their sting and they mimic each other to avoid being eaten. “By looking like each other wherever they co-occur, bumblebee species enhance the warning signal to predators that they are distasteful,” she said. “It reduces predation overall.” ‘

The controversy continues, even though all points of view support Darwin’s assertion that mimicry between species illustrates natural selection. But there is yet another point of view which disputes the utilitarian nature of insects’ mimicry. This is almost an aesthetic argument, beautifully articulated by the novelist, Vladimir Nabokov, who was also an eminent lepidoptorist and who has a species of moth named after him: ‘When a certain moth resembles a certain wasp in shape and color, it also walks and moves its antennae in a waspish, unmothlike manner. When a butterfly has to look like a leaf, not only are all the details of a leaf beautifully rendered but markings mimicking grub-bored holes are generously thrown in.’ [from Speak, Memory by Vladimir Nabokov] It is the perfection of the imitation which intrigues Nabokov, and for other entomologists it is the reverse – the very imperfect copy which seems to do the job. An example of this might be the extraordinary deceptions which are wrought upon ants in their nests, which are brilliantly described by E.O. Wilson in his book, Journey to the Ants (1995). The ants, like honey bees, are exemplary superorganisms, living in enormous colonies with castes. Yet, like bees, they have very small brains individually. As Wilson puts it: ‘Ants are easily fooled.’ They accept other species of ants which parasitise them. ‘Many socially parasitic beetles and other insects, a majority of which are radically different in shape and size, have mastered the art of acquiring the colony odour or the attractive scent of ant larvae.’ Like the cuckoo bumblebees, these invaders in the ants’ nest induce the ants to feed and tend them as if they were their own! Of course, ‘natural selection’ has no particular preference for ‘honest’ mimicry (warning colours and stripes) over ‘deceit’ of this sort. 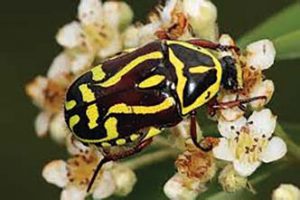 A point of view which seems to reconcile these difficulties addresses the idea of camouflage, rather than mimicry as such. The ‘dazzle’ effect, which I mentioned at the start of this Editorial, is important to this argument. The argument is that the strongly contrasted pattern (stripes, particularly) may in fact make the insect more visible to the predator, if the insect is stationary. In short, it may increase the risk of predation if the stripes show up strongly against the background and the insect is still. But, according to Benedict Hogan et al, [‘Contrast, contours and the confusion effect in dazzle camouflage’, Behavioural Ecology, October 2016] when the insect is in motion, the strong coloration and pattern confuse the predator and reduce predation. One may even suggest that this theory can carry the enthusiast from the sublime to the ridiculous. An article in Experimental Biology [February 2019] even went so far as to suggest: ‘Striped patterns seem to work for humans as well, explaining why tribes from Africa, Australia, and southeast Asia have historical bodypainting traditions. When researchers painted a mannequin with zebra-like patterns, similar to those that adorn the skin of some tribal communities, they found that there were ten times fewer horsefly bites than on unstriped models.’ Perhaps like the Japanese cattle?
A more common-sensical approach was taken by researchers into ‘imperfect mimicry’ [Nature March 2012, ‘A comparative analysis of the evolution of imperfect mimicry’, Heather D. Penney et al]. They found that ‘predators impose less selection for mimetic fidelity on smaller hoverfly species because they are less profitable prey items’ and they found ‘a strong positive relationship between mimetic fidelity and body size. This supports the relaxed-selection hypothesis, suggesting that reduced predation pressure on less profitable prey species limits the selection for mimetic perfection.’ I found it interesting that this team regarded ‘evolutionary pressure’ as variable with profitability. They also pointed out that the measurements were most often visual, which is practical for the study of bird predations on insects, and for human researchers who also rely heavily on the sense of sight to understand the complexities of mimicry.

I was still more confused about the stripes by this time, and it was a relief to find a lucid article about stripey spiders: ‘Function of bright colouration in the Wasp Spider …’ Alex A. Bush et al, Proceedings of the Royal Society B, March 2008]. ‘There are two major competing explanations for the counter-intuitive presence of bright coloration in certain orb-web spiders. Bright coloration could lure insect prey to the web vicinity, increasing the spider’s foraging success. Alternatively, the markings could function as disruptive camouflage, making it difficult for the insect prey to distinguish spiders from background color variation . . . our results provide strong support for the hypothesis that bright coloration in the wasp spider acts as a visual lure for insect prey and weak support for the hypothesis that the arrangement of the banding pattern across the spider’s body disguises the presence of the spider on the web.’ So the stripes may even attract the prey, and in any case do not seem to deter it!