What Does the New Ruling on Oxalic Acid in Honey Mean? 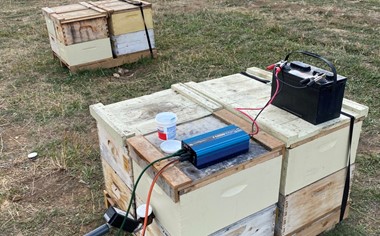 On February 23, 2021 the FDA finalized a ruling that establishes an exemption from the requirement of a tolerance for residues of oxalic acid in honey and honeycomb.  For many, this was no surprise, as it has been in the works (and open for public comment) for several months. However, the announcement created a stir among beekeeping forums and groups, resulting in a lot of attention, and unfortunately a lot of misinformation being shared. The purpose of this post is to explain this ruling and what it means for you and your bees.

The short answer is that this ruling does not change the way you use oxalic acid (OA) in your hives—it does not mean you can use OA with honey supers on. The long answer that explains the reasoning is below.

It is important to understand the difference between the goals of the FDA and the EPA, and the difference between a tolerance level and a pesticide label. The role of the FDA is to protect human and animal health. One of the ways that they do this is through enforcing food tolerances. A tolerance is the maximum amount of a specific pesticide that is permitted to be on a certain food that will be marketed in the US. This tolerance level is set by the EPA (https://www.epa.gov/pesticide-tolerances/about-pesticide-tolerances). The goal of a tolerance is to ensure that foods are safe for human and animal consumption. Set tolerance levels take into consideration all of the different foods a particular pesticide can be on. For example, if pesticide X is labeled to be used on both cherries and apples, the EPA would establish residue limits (tolerances) individually on both cherries and apples that are low enough to account for the fact that some people are going to be eating both types of fruit, ingesting pesticide X from multiple sources. These tolerances are regulated through targeted sampling. The USDA and FDA will analyze food samples, and if they are above tolerance levels, they may take regulatory action. Usually they will contact the state department of agriculture to conduct investigations, and foods with illegal residues are considered adulterated and typically seized. An exemption from the requirement of a tolerance means that the FDA will not measure a food product for that particular pesticide. So, this recent ruling for oxalic acid in honey means that the FDA and USDA will not test honey for the presence of oxalic acid, or if oxalic acid is found during the sampling of honey, it will not result in any regulatory action. While too much oxalic acid can be dangerous, it does show up naturally in a lot of foods, so it makes a lot of sense for the FDA not to look for it specifically in honey. This is great! This means that if you are selling honey or beeswax, and someone tests it, you are not going to get all tied up with restrictions or regulations if oxalic acid were to show up in it.

The FDA’s goal is to protect human health by limiting the amount of residues on certain foods through the use of tolerances. These tolerances are enforced by testing foods. An exemption from a tolerance means they will not be testing those food products for that particular pesticide.

The EPA on the other hand, has broader interests than just human health. The EPA is also concerned about how pesticides are used (not just how much ends up on final food products), which is why they enforce pesticide label restrictions. A pesticide label describes many things such as what should be worn while applying the pesticide, if it should not be mixed with other pesticides, and how it should be applied. Pesticide labels are written by the manufacturer of the pesticide and approved by the EPA. Labels relate to tolerances in that if used according to the label, there should be no illegal residues. So tolerances are basically one  tool to ensure pesticides are applied according to the label.

The label for oxalic acid currently states “Do not use when honey supers are in place.” As long as this label is in place, it is the law, regardless of FDA tolerance rulings. However, that doesn’t mean that this label restriction is permanent. Manufacturers are constantly updating their pesticide labels as new research is done or as situations change. This means that it could be possible that the manufacturer may submit a new label to the EPA for approval in the future, especially if there is new research. But for now, that has not happened, so do not use OA while honey supers are on. If you want to make a change regarding pesticide use in honey bees, it is important to know who the manufacturer is of the labeled product, as they are the ones that will be changing the label. You can contact them, and you can also support the researchers who are working to study the effects of pesticides on honey bees and honey so that there is more scientific evidence to drive change.

The final important regulatory consideration is that pesticide use and registration is done at the state level. Your state may restrict OA use, or they may not enforce it in all situations. It is important to understand rulings in your state.

From the beekeepers’ perspective, however, these label limits are not that restricting, because Oxalic Acid is not that useful when colonies are in honey production (and there are other options for use at that time). Some points to consider if you were hoping to use OA during honey production:

Oxalic acid is still a useful tool for beekeepers to keep Varroa levels under control. OA is the best tool to use when colonies are broodless. For example, it can be applied to new packages, and it is often used with success to clean up mites in the fall after bees have stopped brood rearing. Some beekeepers have also used OA in conjunction with splits and queen cells when they are making increases, to reduce the mites in newly created hives.

OA is not the best tool when a colony is in honey production with a lot of brood and it still isn’t labeled for use when honey supers are on.

What Does The New Ruling On Oxalic Acid In Honey Mean?