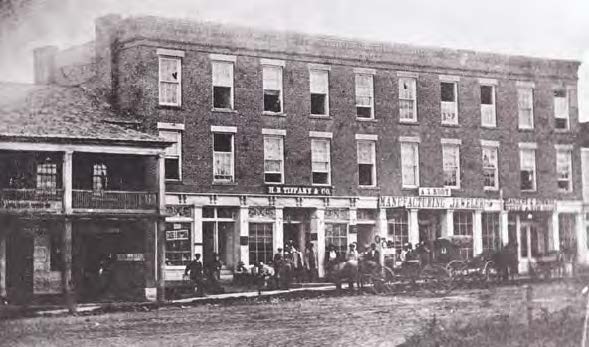 I have always been an enthusiastic admirer of old Dame Nature’s mysterious ways and workings.

In August, 1865, a swarm of bees passed over us near our place of work. One of my employees, remembering that I had expressed a wish for a swarm of bees, jokingly asked what I would give for them as they were circling slowly along in midair. Thinking it impossible for him to get them in their position, I offered him a dollar for them securely boxed. 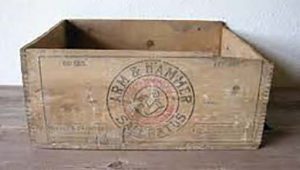 He shortly returned with them in an old saleratus box and asked me where I would have my property taken. After a hasty consultation, I decided upon what I then thought would be a splendid location for them, that is, an unoccupied third-story room of our manufactory.

In the evenings my instructor in the mysteries of beekeeping (the person who hived them) raised the box, an operation, by the way, which seemed to me almost equal to facing a lion in his den, and showed the busy multitude gathered into a compact cluster in the top, and he informed me that my swarm was not a large one, although the countless number seemed to me an immense multitude.

That evening other books and papers had to be laid aside in favor of anything pertaining to bees and bee culture. Our book stores contained nothing on the subject and I had to content myself with what I could learn from the agricultural papers.

The next day, as the bees seemed busily engaged, I supposed them all right. The third day they were still at work, that is, they were doing something. Later on in the day I went up to see how they were getting along, congratulating myself that there must be some pounds of honey by this time, and thinking that I should have to get my glass jars ready. But, where before had been the busy stir and bustle was now all still. On raising the box, what a deserted appearance! Not a bee, not a particle of comb. They were all gone—effectively and surely beyond my reach.

In my ignorance of their habits, I had placed them before a west window, with the sash raised, exposing them to the full heat of the afternoon sun and after waiting two days they had probably concluded they could suit themselves better.

The bees were gone, but the interest they had awakened still remained, and I had learned a few facts about bees.

One morning, soon after, I told Mrs. Root that I had important business in Cleveland, 30 miles away. She supposed it was something connected with the jewelry business, but it was really to go to the book stores and hunt up whatever I could find on bees. In those days it took a whole day to go to Cleveland in a stage coach and another to get back. In the bookstores I found three good-sized books, Langstroth, Quinby and one by C.B. Miner. I selected Langstroth and then sat up pretty much all night at the hotel reading it. 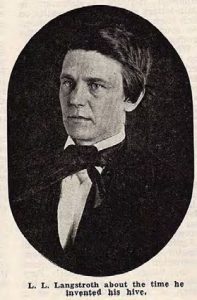 Reads Langstroth on the Honey Bee

I cannot remember that I ever got hold of anything in my life that gave me such keen pleasure and enjoyment as did Langstroth’s wonderful revelations of the mysteries of the beehive. Years before I had read Robinson Crusoe with much interest and enthusiasm, but now I found “truth stranger than fiction.”

Very soon I collected all the agricultural papers that contained articles on beekeeping. My sister, who was clerking in the jewelry store, told my wife that it was really too bad, the way I “pumped” every old farmer in regard to what he knew about bees. She said, after they had given me all the information they possibly could, they looked so weary and troubled and evidently wanted to get away so badly that she really felt sorry for them.

I soon got in touch with Mr. Langstroth, and in that way found out about the Italian bees. I learned that a bee journal had been started and that it had been kept going for three years, but had then been discontinued for lack of patronage. I scraped up an acquaintance with the editor, Samuel Wagner (one of God’s noblemen), and by my enthusiasm induced him later to recommence the publication of the American Bee Journal, at Washington, D.C. 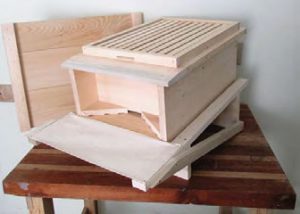 Of course, I soon had another swarm of bees, although it had seemed to me for a time as if I should never think as much of any others as I did of the first. About this time I was warned that the whole business was impossible. To take a hive of live bees apart and put them back was sheer madness. Everyone thought I had gone crazy. My new bees I brought home on a stick. A helper taking one end, we carried them by hand the whole mile, as it was hot weather. I placed them upstairs over a wood-house to be out of the way, as “The Ohio Farmer” recommended keeping them on the second floor. The next morning before daylight, I was watching for the first bee to sally forth.

Because of the new surroundings this first bee made a few tours of inspection about its new abode before leaving for the field. It was soon followed by another and then by two, three or half a dozen, until there was quite a scene of activity, all hovering about, with their heads turned toward the hive to mark its location.

After having been called to breakfast several times, I finally concluded that the bees would work just as well without being watched.

I had already manufactured a Langstroth frame hive and had taken pride in having it well made just as he had recommended in his book. I began to feel very anxious to see how much better the bees would work in the improved hive than in the one they were then occupying

Mr. Langstroth’s directions for transferring were rather brief for a beginner, but I had unbounded confidence in my skill with bees after having read so much on the subject, and so I intended to transfer them as soon as they had become used to their location. By afternoon, however, they seemed so much at home that I concluded that the thing might be managed almost without their knowing it. It is true, it was a hot day, and Mr. Langstroth had cautioned about handling honeycombs in hot weather, but I could not bear to think of my bees being any longer without the great conveniences (?) of movable-frame hives.

I had provided a bee-hat, a clumsy wire-cloth affair, so I commenced by blowing a litt le smoke into the hive. I then turned the hive bottom up, removed the sliding bottom-board and put on an empty box. I felt considerably elated at my success, as they seemed perfectly thunderstruck and of course docile. For a decoy hive to catch returning bees, I had used my new hive, as I supposed they would go right in and begin work. But it was so unlike their former home that they only flew around in dismay and refused even so much as to look inside.

The book was near by with a heavy chisel across it to hold it open, and it informed me that the next thing was to drive them into the box, which I did systematically. I removed the box and bees to a smooth board and shut them in tightly, so that they might not fly away as my first ones had done. I discovered later that bees must have ventilation.

The next thing, according to the book, was to pry off one side of the hive with a stout chisel. All right, but the hive was screwed together with heavy screws so badly rusted that I could not get them out, and as a last resort the combs had to be taken out at the bottom and at one side where there had been a pane of glass. As it was August, some of the combs did get a little bruised, so much in fact that I called to my wife for a large pan and poured the honey out of the hive into it, bees and all, as some of them remained in the hive. These were strained out and carried back to lick each other off , as the book said they would do, and I busied myself in tying combs into the frames.

I was thinking at the time that there seemed to be a great many bees about, but supposed it to be those that were out foraging. I felt quite relieved after getting the last piece of comb into the frames, and I put them safely in the hive where it had stood all the time. 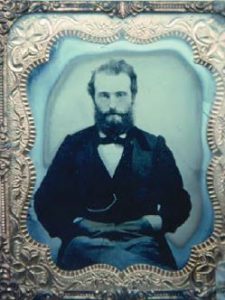 The next thing was to put the bees in. On opening my box, the bees shut up there looked as bad as whose which had been strained out of the honey. I put some of them in front, but they would not crawl in (fly they could not). Finally I dumped the whole mass on top of the frames and poked them down through, but they only crawled out again, down into the dirt. A part of them that were better off would persist in clustering up by the window on the roof overhead, in short, anywhere except in that Langstroth hive.

Finally, by night, after much time and trouble, I had some of them in the hive, the robbers having licked them off and also having licked their hive out clean. These robbers were also on hand the next morning bright and early, but I closed the entrance nearly, and as there was not much in the hive I managed with great care to keep them off for two or three days. But I noticed the bees were continually crawling all over the hive and they seemed disconcerted, until one morning I discovered a cluster of them apparently almost dead, on the under side of a bench a few feet from the hive. These I placed on the alighting board and was very surprised and elated to see a strangely shaped, long, black bee stalk majestically from the midst of the cluster to the entrance and go in, and then there was rejoicing both by the bees and by myself as I knew that I had actually seen that famed personage whose existence was so much doubted by many, a queen bee.

After I found that my bees had their queen, my anxiety for them was relieved, and I had no doubt that under my careful management they would yet come out all right. To make sure, I fed them the honey I had strained them out of, thinking it would be better for them to take it back after they were strong again. Of course, the frames had to be taken out occasionally to see that they were all right and to get an occasional glimpse of that mysterious queen once more.