Begins In Your Backyard 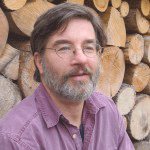 I am surprised at the number of highly regarded and experienced beekeepers who blame the dramatically high honey bee colony losses being experienced these days on Varroa. I’m not saying that Varroa mites are not a major problem. They are, especially among the large number of beekeepers who do nothing to control mites in the hope that they are going to help the bees get stronger through the evolutionary process. Everybody has to deal with the mite issue, and Varroa were present in large numbers and were a major problem for more than a decade before the recent increased level of annual colony losses kicked in. If Varroa mites were the driving force behind the 25-35 percent yearly average losses experienced by the beekeeping industry since 2006, these same symptoms known as CCD would have shown up in the early 1990s, not the mid 2000s. Why so many knowledgeable and well respected beekeepers fail to consider this when claiming that Varroa is the primary issue that beekeepers face today is hard to understand.

Varroa came on the scene in the U.S. just when the industry was recovering from the introduction of the tracheal mite. Winter losses that were typically well below five percent jumped up to roughly five to 10 percent following the tracheal mite’s introduction, although initially losses were much greater. Then Varroa mites were identified in the U.S. in 1987 and spread around the country. After the initial damage was done by the Varroa mites inflicting dramatically high losses, a situation developed where losses of between 15-20 percent, or so, were common by 1996 after the industry found its equilibrium. However, something changed around 2005-2006 that caused average yearly honey bee colony losses to jump yet again to the now all-to-common 25-35 percent mark (though losses are mitigated somewhat in years when mild Winter weather conditions prevail in northern areas).

One early suspect as to the cause of this new level of loss was the newly discovered and reportedly more virulent form of nosema, called Nosema ceranae. Unlike its cousin, Nosema apis, Nosema ceranae impacts hives primarily during the summer and is generally without symptoms causing the older bees to simply “disappear.” Surveys done of operations that were losing large numbers of bees to CCD, were highly likely to find that the majority, if not all of the CCD colonies were infected with  Nosema ceranae which generally seems to have displaced Nosema apis, as well as with the Isreali acute paralysis Virus (IAPV). (Bromenshenk 2010, Cox-Foster 2007) Nosema ceranae has been found to weaken bees nutritionally by interfering with digestion (Molonea 1998) and to suppress the honey bee’s immune function (Antúnez 2009).

Beekeepers with Nosema ceranae infected colonies would complain of a lack of population build up. This may be a result of either bees that are infected and perhaps sensing that they are going to die, flying off to die outside the hive in order to prevent the spread of the disease to nestmates (Kralj 2006). Another possibility was that nosema caused foragers to engage in risky behavior that would result in death, such as by flying during cool weather when temperatures are marginal (Woyciechowski 1998).

In an effort to restore colony health in the face of nosema, many beekeepers would turn to the approved treat Fumagilin B, an antimicrobial which was originally isolated from the mold Aspergillus fumigatu. (Hanson 1949, Eble 1951)  Unfortunately results were often patchy. (Huang 2013) Sometimes treatment would work, sometimes it didn’t and just to confuse things, Dr. Jeff Pettis found that in large-scale field trials that N. ceranae would sometimes clear up on its own in control colonies. (Oliver) Meanwhile, IAPV issues seem to have subsided and we don’t hear much about it anymore.

Back in 2010 I reported on an essential oil treatment that appeared to be helping bees deal with the symptoms of CCD. (Bee Culture, March 2010) At the time ARS scientists at USDA’s Weslaco bee lab found indications that sugar syrup containing the emulsified feed stimulant mixture of spearmint and lemongrass essential oils had the potential to help bees suffering from nosema. (Hackett 2009) These essential oils have powerful antiviral, antibacterial and antifungal properties. (Nikos 2007, de Bona da Salva 2008, Minami 2003) Since then additional research has been completed that supports the idea that drenching with essential oils such as Honey-B-Health or Pro Health, from Mann Lake Beekeeping supply in Minnesota can indeed help bees survive nosema infection about as well as the approved treatment Fumagilin B. (Rhoades 2011) Follow up interviews with some of the beekeepers that I spoke to for the original 2010 article indicate that not only are beekeepers still regularly drenching their bees with these essential oils, they are relying on the essential oils more today than ever before to keep their bees alive and healthy.

So if Varroa is not the culprit behind the dramatic increase in colony losses since the era of CCD began and N. ceranae and IAPV, whose presence correlated with CCD symptoms in colonies, are more or less under control; why are U.S. beekeepers still regularly experiencing abnormally high colony losses when compared to the relatively stable losses of 15-20 percent experienced in late 1990s through approximately 2004? There is only one major change that impacted U.S. agriculture around 2005 when this new level of yearly honey bee colony loss took its latest jump, and that is the remarkable increase in the use of neonicotinoid pesticides that corresponds with this time frame. (Douglas 2015)

But you may say, the U.S. Environmental Protection Agency closely regulates pesticides based on science. If seed coatings such as imidicloprid were really a problem, the pesticide registration process would have revealed this and the agency would have taken appropriate action. Oh, how I wish this was the case.

Read through the pollinator assessment that EPA is using to support registration review of imidicloprid and you discover that there are large gaps in our understanding and knowledge regarding just how these pesticides interact with the environment and what their effect on honey bees actually are. The EPA itself admits to not having a lot (or in some cases any) data that they would need to evaluate many areas including synergistic effects (final pesticide formulations and tank mixes), impacts on bees at all their various stages of development, colony-wide impacts over several generations of worker bees, sub-lethal impacts of minute amounts of exposure, and exposure through water sources. (EPA 2016)

To make matters worse, EPA administrators have a tendency to either ignore or over-rule staff scientists who express concern over a pesticide’s safety, or the legitimacy of studies submitted by applicants as proof the chemicals are safe. (Theobald 2010) They then go on to muzzle those same scientists by requiring them, in Orwellian fashion, to go through the EPA communications department if they want to speak publicly about their work. (Philpott 2010)

Today we are no longer bombarded with media reports filled with heart-wrenching stories of beekeepers who find hives where all the bees have ‘disappeared.’ In fact, USDA/ARS reports that colony numbers in the U.S. have actually gone up a bit from 2.44 million colonies in 2008 to 2.74 million colonies in 2015. (Kaplan 2008, 2015) Does this mean CCD is history? A phenomenon to be simply relegated to one of those mysterious ‘disappearing’ diseases that has struck beekeepers around the globe so many times in the past? Given that annual colony losses have not dropped back down to pre-2005 levels, I don’t think this is the case.

The apicultural cover up 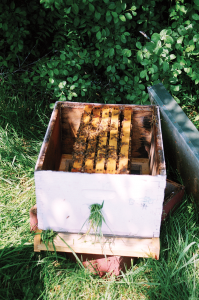 A five-frame nucleus colony awaiting additional empty frames. Many beekeepers have turned to splitting hives and making nucs in an effort to make up for record colony losses.

As mentioned above, beekeepers are covering up for the damage that normally inflicts hives by feeding or drenching bees with essential oil products like Honey-B-Healthy or Pro Health. In addition, they have gotten really good at splitting hives and making nucleus colonies in order to replace the high yearly losses that are so often experienced by today’s beekeepers and expand their colony numbers. Historically high honey prices (until recently) and pollination fees are certainly helping to provide incentives for beekeepers to do so. While these actions are serving to maintain, and even increase colony numbers in the U.S., they are taking a huge toll on profitability. Essential oils are costly and there is significant labor involved in having to treat hives, especially in operations that are not used to feeding sugar syrup on a regular basis. In addition when a hive is split to form a nuc, the ability of that hive to produce a honey harvest is greatly diminished and any harvest that is obtained is unlikely to be anything like the harvest that would have resulted if the worker population was allowed to increase naturally without interruption. As a result the beekeeping industry is taking a big hit financially.

Obviously we beekeepers are a bunch of really nice and generous people. Most of us seem perfectly satisfied to take financial losses so the pesticide industry can continue to peddle their toxic products. The question now is, how bad do things have to get before more of us stop blaming Varroa mites, and everything else under the sun for our colony losses, and quit making excuses for our pesticide problems?

Woyciechowski M., and Kozlowski J. (1998). Division of labour by division of risk according to worker life expectancy in the honey bee (Apis mellifera L.). Apidologie 29:191-205