If you have never experienced a Scottish hillside in August with the heather in full bloom, and its unmistakably sweet scent drifting upwards towards you in the heat of the day, then you are missing something very special. When you sit down you are almost lulled to sleep by the silence, broken only by the humming of bees, and the call of moorland birds such as grouse, curlew and our spectacular skylark. For bees, birds and humans alike, to be on a heather moor in full bloom somewhere in the highlands of Scotland is a true delight.

Scotland is a small country with a land area of 30,414 square miles in the northern third of Great Britain. It has 6,160 miles of coastline and 790 surrounding islands. Its border with England is but 60 miles wide and it has a population of only approximately five million, about the same as Colorado or Wisconsin.

The landscape is remarkably varied with high rugged infertile northern mountains, sweeping wide valleys with rich glacially formed alluvial soils, deeply indented coastal lands and the gently rolling Border lands. The reason for such diverse landforms lies in the history of Scotland which was shaped by tectonic plate action, and glaciation. It was formed by several pieces of the Earth’s crust joining together. It also made an epic journey from way down near the equator to the South Pole, and then north to its present location. Along the way it was once part of North America, and what is now part of South America, and amazingly, Scotland was once closer to the Amazon than to England. 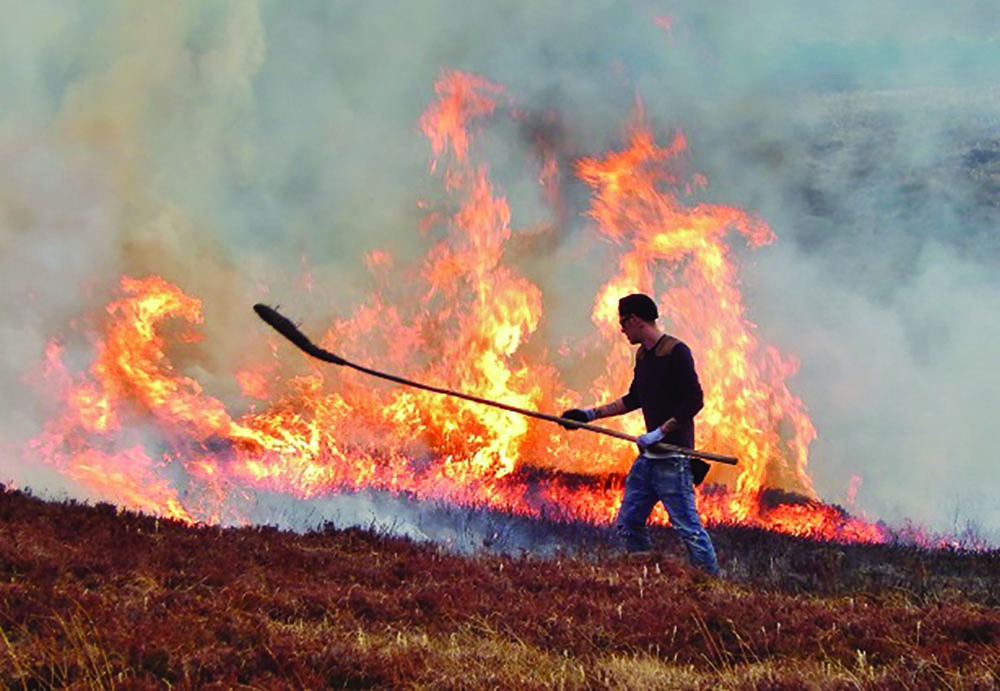 The last main glaciers wiped out any humans living here and the post glacial hunter/gatherers arrived around 12,800 years ago. The land then was covered by woods of hazel, oak, alder, willow, pine and birch and when it became warmer elm, lime, and ash trees followed. This was the only truly wild natural Scotland. It lasted but a relatively short while, and today we can only imagine what it must have looked like.

We do know from pollen analysis how the landscape began to change as soon as Neolithic humans began to colonise and farm the land between 6,000 and 4,000 years ago. Trees were cleared to make way for agriculture and this was pivotal in the formation of the heather moorlands. Ling heather (Calluna vulgaris) is the source of our most highly prized honey and it will thrive only on poor acidic soil so the clearing, burning, and grazing of the land depleted it of nutrients, making it an ideal environment in which heather now flourishes.

Politics and land use in Scotland are inevitably and inextricably linked with relatively large tracts of land owned only by a relative few. Ecologists may see a flourishing heather moor not as an indicator of land health but rather as an outcome of ecological destruction. The landowner, on the other hand, develops the moor for grouse shooting which may provide a tidy income in a good year, and gives local employment in an uncertain economy.

Management of the moors for grouse benefits beekeepers who would otherwise not have heather good enough in quality and quantity to produce pure heather honey. Grouse require young heather shoots to feed on and this is achievable through regular and rotational heather burning known as “muirburning”. In early Spring, before the moor birds’ nesting time, strips of heather are set alight in controlled operations and, combined with limited grazing by sheep, heather is kept in optimum condition. Factors such as cold wet weather and heather beetle are unpredictable and uncontrollable so a good crop of heather honey annually is not a given. And if there is not enough rain in June to “wet the heather’s feet” it may not flower well in August. In some years the heather beetle destroys the young heather shoots and both grouse and bees suffer.

In the United Kingdom, the term heather honey is used to describe honey derived from Ling. Beekeepers who can access well managed grouse moors usually have top quality forage for their bees, and the honey produced is regarded by most as the “Rolls Royce” of honeys because of its unique flavour and properties. Sought after by connoisseurs, it commands a much higher price than any other honey, selling for upwards of £9/ lb. ($13.50/lb. compared with £6.50/lb. ($9.75/lb.) for other types of honey.

Heather honey has an amber color and settles naturally, like the honey above, to give a creamy soft caramel consistency. It has a strong aroma and tastes like the heady scent of the flower with a hint of delicate cinnamon. It is thixotropic, which means that it normally has a jelly-like consistency and only becomes liquefied through agitation. It later returns slowly to a jelly-like state. Because of this idiosyncratic property, it must be pressed from the combs in a special and expensive heather press, or the cells must be agitated by needles before centrifugal extraction. Many beekeepers avoid these complications by giving the bees starter strips of thin beeswax foundation and selling the honey as cut comb. 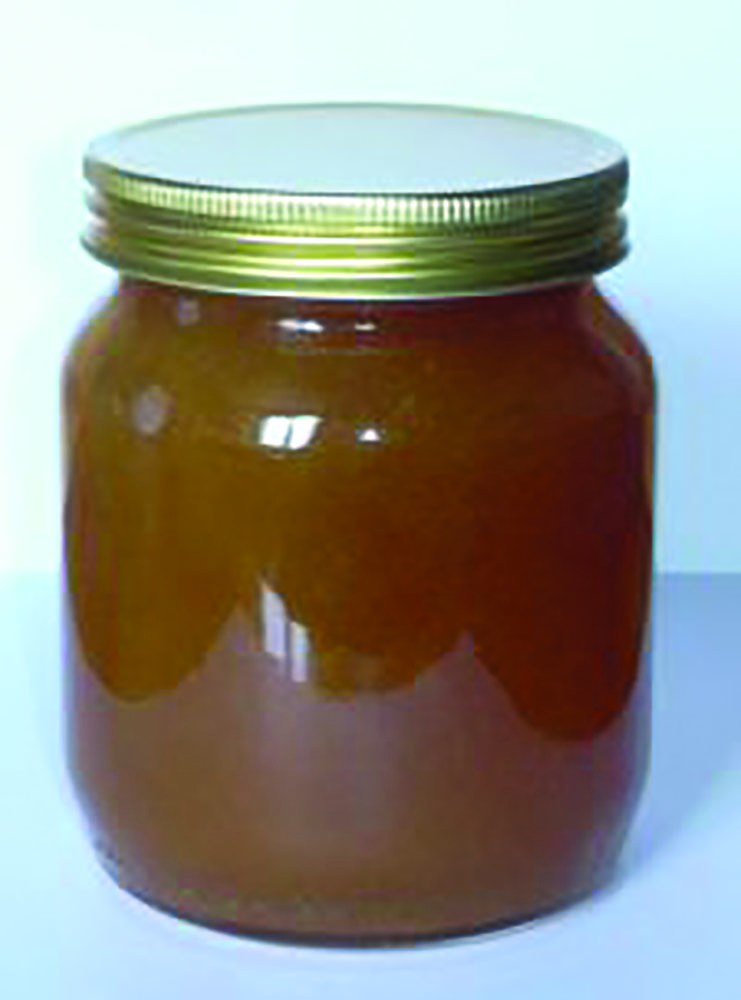 You can always tell heather honey by the air bubbles resulting from it being thixotropic: they can be up to 2mm in diameter in a pure sample. The protein content of up to 1.86% is higher than in most other honeys (0.2%) delaying crystallisation for months. The water content (up to 23%) is also markedly higher than other British honeys making it more susceptible to fermentation. One local beekeeper friend was dismayed to find his precious bucket of extracted Ling heather heaving and frothing when he removed the lid some months later.

Skilled beekeeping and careful planning are required before the bees are transported to the heather. They are taken up usually around the first week in August but it depends on the season, and in 2015 the heather flowering was at least two weeks late. It is imperative that the bees arrive just as the heather flower buds are opening otherwise the bees will find other flowers nearby to feast on and produce honey with a low heather content. If the honey is for export then at least 30% of the pollen it contains must be from Calluna vulgaris 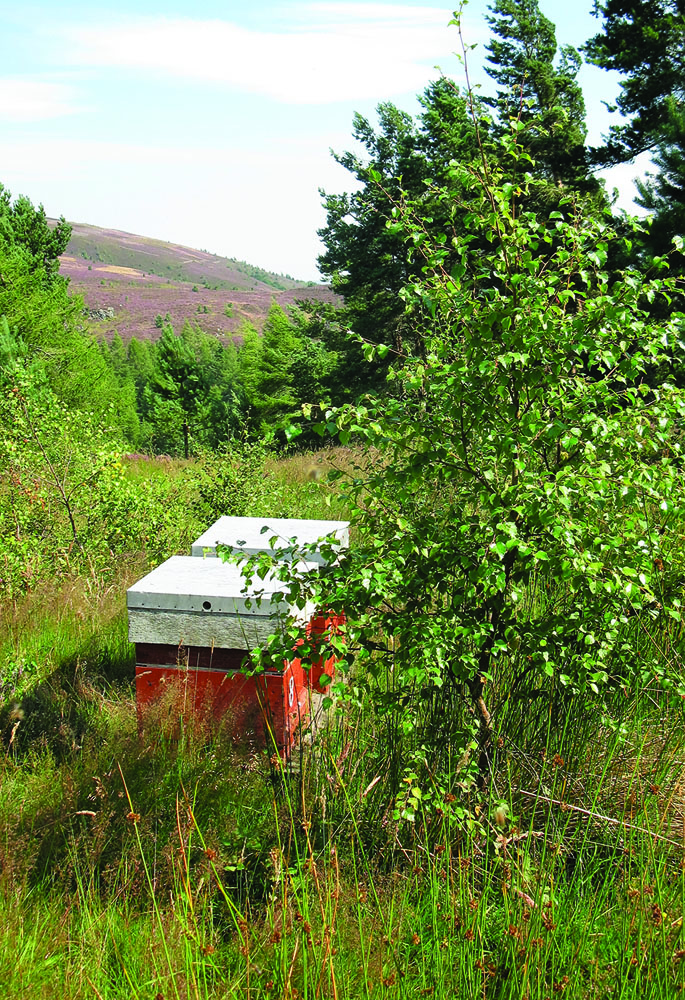 Permission must be sought from the landowner since few beekeepers own grouse moors and so the head gamekeeper presides over this domain and allocates hive sites. These must be sheltered from the prevailing winds which, even in Summer, can be ferocious. Protection from grazing stock is also key since sheep like nothing better than to rub against objects, especially when the midges are out in full force. The photo shows a good sheltered position close to the heather on Cawdor Estate in Nairnshire.

Preparation starts in the Spring and colonies chosen to go to the heather should have a young fertile queen so that the brood chamber will contain wall-to-wall brood thus forcing the bees to store honey only above in the supers. Rearranging frames in the brood chamber with unsealed brood to the outside, and sealed to the centre will allow the queen to lay in the centre as the workers emerge thus forcing honey to be taken up into the super. 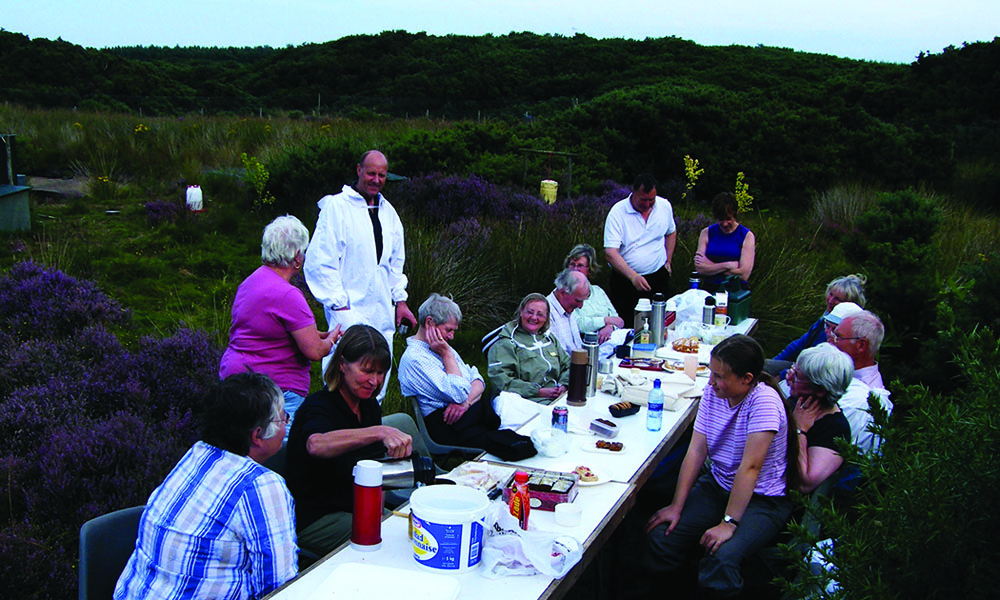 A couple of weeks prior to moving, Varroa treatments with formic acid preparations are given and only healthy bees are taken up to the moors. Ensuring that adequate honey stores are available, should the weather turn bad, is also essential since the bees are usually away from the home apiary for a month, or just over. The moors are also much higher and naturally colder.

Transporting bees requires attention to the usual safety precautions thus preventing them from being jolted and upset in transit. The journey would be made in the early morning or late evening The crown board/inner cover is usually replaced with a mesh travelling screen for the journey so that air can move up and out through the screen. The bees may need to be sprayed with water if at risk of overheating.

Once the bees are settled up on the moor the beekeeper will cross fingers for a spell of good weather which will make or break a perfect honey harvest and, in the meantime, cakes and sandwiches must be prepared for the heather picnic. There will be no doubt in the beekeeper’s mind that the glorious grouse moors are a paradise.

If you would like to see all this for yourself, then why not come and join us in the small city of Elgin, in the Scottish highlands on 9th, 10th, and 11th September 2016 for the Tartan Weekend and Scottish Beekeepers’ Association Convention. Professor Tom Seeley (USA), and Professor Francis Ratnieks (UK) will be the key speakers. There will also be a talk on the history of skep making and beekeeping, a ceilidh (dance with Scottish music) and a visit to bees at the heather. 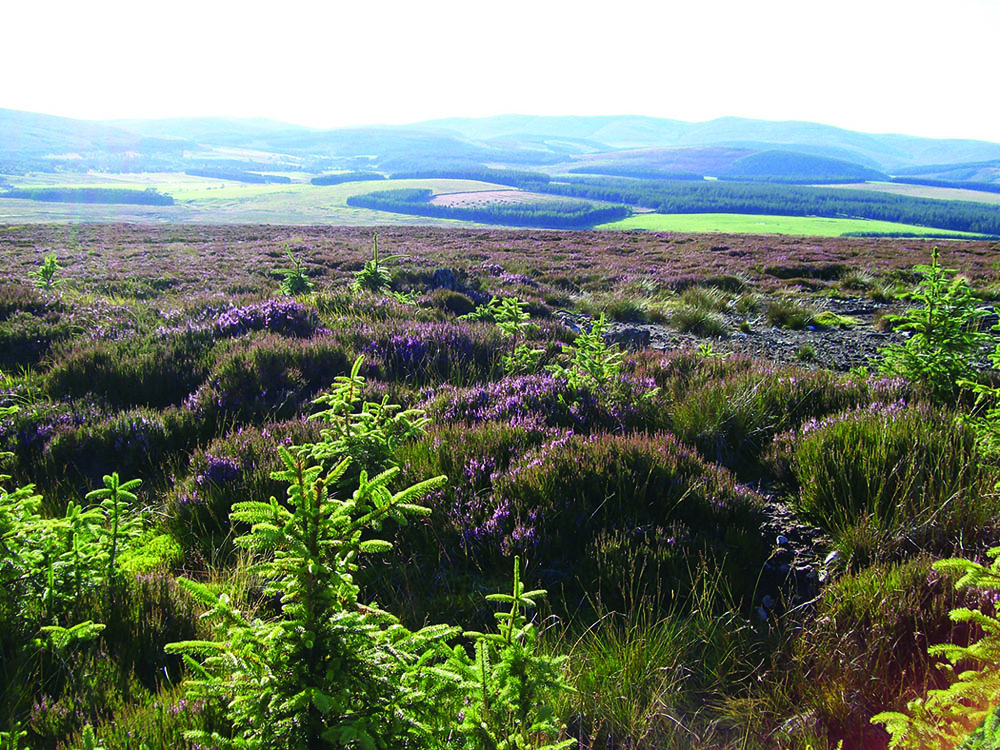 While you are in Elgin, you can get into the spirit of Scotland by visiting some of the many whisky distilleries in the region, and even before you travel you can enjoy the beauty of Scotland by watching this video. www.youtube.com/watch?v=nqU0u9v6U0I.

For more information on the Tartan Weekend you can visit The Scottish Beekeepers’ Association Facebook page or website.