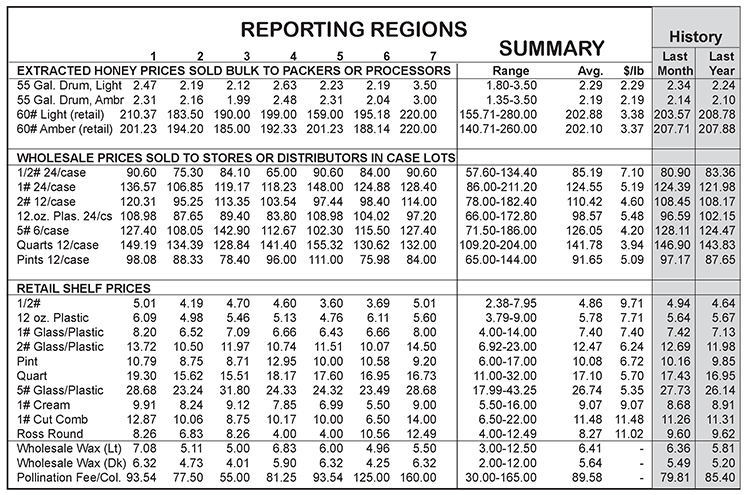 In late Feb we surveyed our reporters to see how winter was going so far, what they had done last fall to get ready and where they thought they’d end up when summer finally arrived.

We started with feeding. Over all regions, almost exactly a third didn’t feed anything, a third fed both protein and carbs and a third fed carbs only. 79% applied some form of mite control, with Apivar by far the most commonly used, followed distantly by  Apiguard, with oxalic a close third.

We asked about moving to a better place, and, as expected, almost nobody does, and the same with wintering in a building of some sort. We expect that to become more popular as time goes by, but so far it isn’t taking off with our reporters. Region 1 and 4 do some wrapping, with 1 more than the rest, but still in the single digits percentage.

Given it was February, we asked reporters to guesstimate how they thought their bees were doing. 22% thought better than expected, 55% about what they expected, 14% worse than expected and 4% with essentially total losses.