This year, 2017, marks the 100th birthday of the North Carolina State Beekeepers Association. The first meeting was held in Winston-Salem. The site was probably chosen as being a large city (for that time) and located centrally in a long state. It also was an important railroad stop. North Carolina stretches 560 miles from the Atlantic Ocean to the Appalachian Mountains in the west where Mt. Mitchell, at 6684 ft, is the highest mountain in the eastern U.S. North Carolina is nicknamed the Tar Heel state from a comment made during the Civil War. Their soldiers “stuck to their ranks like they had tar on their heels.” 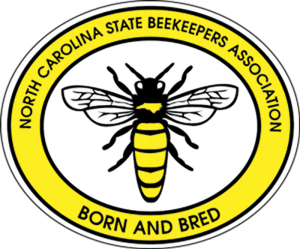 A very famous event occurred on December 17, 1903, about four miles south of the town of Kitty Hawk, NC. The Wright brothers flew their airplane on the sandy hills. The two brothers, Orville and Wilbur, were great friends of Amos Ives Root, the beekeeping founder of the Root Company. A.I. Root, fascinated by the possibility of powered flight, paid many visits to the Wright brothers’ experimental flying grounds near Dayton, Ohio. Little attention was paid by the local and national press, but Root published accounts in his beekeeping magazine, Gleanings in Bee Culture.

The dates for the first North Carolina State Beekeepers Association, NCSBA, were January 11-13, 1917. Wintertime was probably chosen as a quiet time for farmers and beekeepers. They would have come by horseback, horse and buggy, train and perhaps a very few by automobile. Those riding by train from the west got stuck in a snowstorm and missed the meeting. The logistics of holding a meeting were considerable. Speakers were invited from near and far. First the organizers had to find enough hotel rooms for speakers and the beekeepers. Then stables for the horses had to be arranged, as well as sufficient hay for them to eat.

Forty beekeepers attended the first meeting, considered so successful that the membership could rise to a hundred. Those members would be astonished today – NCSBA membership of around 4000 and meeting attendance of 400-600. Seventy-five local associations are active throughout the state.

The first meeting had 11 presentations. The topics were not so different from those of today.

Beekeeping in Work of County Farm Agent and First Impressions in Beekeeping Extension Work showed that local beekeepers were kept informed about new developments. Diseases, of course, were important. One talk covered American foulbrood and another was about European foulbrood. Today we have our urban beekeepers. Then, E. W. McNairy spoke on Beekeeping as a Side-Line for a Town Man. 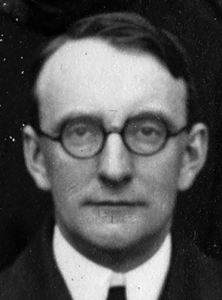 No state meeting would be complete without nationally-recognized speakers. In 1917 Dr. E.F. Phillips, Apiculturist, Bureau of Entomology, USDA, Washington, D.C., gave his first talk on a familiar topic even today, Importance in Swarm Control. His second presentation was Visits Among American Beekeepers (by lantern). In 1917 that meant he would be showing photographs with a ‘magic lantern,’ an early form of a slide projector. The photographs were taken on glass slides in those days and could be projected onto a wall.

The other featured speaker was E.R. Root of the A.I. Root Company, Medina, Ohio. His first topic was Wintering. That certainly is a current topic at beekeeper meetings. It would have been interesting to hear his second presentation – Bees in Pound Packages. That, too, can be heard at meetings today.

Much time, including after dinner, was spent on the organization of the association. The constitution was written and numerous other organization details were accomplished. In a short time the North Carolina State Beekeepers Association was a reality.  Dr. Phillips commented “No state has held 10 meetings equal to this, and there is no state whose first meeting equaled this.”

Celebration of the 100th year will take place in Winston-Salem July 13-15, 2017. Nobody will get stuck in the snow this time. The organizers will not have to search for either hotel rooms or stables and hay for horses. But they have been busy with other details to make the celebration meeting memorable. The speakers’ topics, although similar to those in 1907, will reflect 2017 and the advances made in 100 years. Dr. David Tarpy, North Carolina State University along with John Zawislak, University of Arkansas; Dr. James Wilson, Virginia Polytechnic Institute and State University’ and Katy Evans, Pennsylvania State University will give presentations – with Power Point, not with lantern slides. 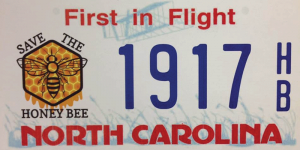 The association has initiated a fund-raising campaign to build a new field honey bee lab for research done at NCSU. Plans for this facility will be shown at the meeting with request for donations.  Memorabilia will be available. A commemorative t-shirt to wear and a license plate that can be displayed on the vehicle front will be for sale. For a number of years NCSBA has held a Honey and Honey Cookery Show. A cookbook had been compiled with 300 prize-winning recipes, all using honey.

Visit the NCSBA website http://www.ncbeekeepers.org for complete details of the 100th celebration meeting.

Ann Harman enjoys her bees, horses, dogs and cats in Flint Hill, Virginia. You have the chance to meet her in person at Bee Culture’s Annual Event – Voices of Bee Culture. Register now at https://www.beeculture.com.