A novel approach to control varroa mites is gaining attention around the U.S. that utilizes oxalic acid (OA) extended release (OAE). The first article on OAE appeared in the journal Apidologie (Maggi et al., 2015) and described a combination of OA and glycerin that showed effectiveness against Varroa for over 40 days after introduction to the hive. Randy Oliver of scientificbeekeeping.com has conducted additional trials on OAE but unfortunately this novel approach to varroa control has not yet been approved by the Environmental Protection Agency (EPA). 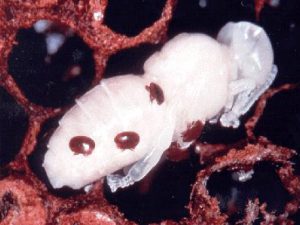 Generally, it is a violation of federal law to use a pesticide, or cause a pesticide to be used in ways that are inconsistent with its label. Exceptions to this regulation are found in the Federal statute that governs the registration, distribution, sale and use of pesticides known as the Federal Insecticide, Fungicide and Rodenticide Act (FIFRA). Exemptions are found in FIFRA 2(ee) (1-4) which describe the four special circumstances in which it (a pesticide) is permissible for a pesticide to be used in a manner which is not specifically labeled.
In May of 2022, the state of Vermont became the first state in the U.S. to authorize a 2EE exemption for the use of a method for controlling varroa mites through the application of oxalic acid that is not allowed by the label, but is not specifically prohibited by the labeling. The state-wide label exemption to allow the use of oxalic acid sold under the brand name Api-bioxal using an extended release formulation for mite control is expected to assist Vermont’s beekeepers who have been struggling with the latest dramatic increase in annual colony losses that began around 2007.
So far, beekeepers who have experimented with OAE are reporting very good control of varroa and find the extended release oxalic acid formulation greatly decreases Winter colony losses, is gentler on the bees than many other treatments, is safer for beekeepers than many other treatments and eliminates concerns over contamination of honey or wax from the treatment’s active ingredients.
Unfortunately it may not be possible for all states to implement a 2EE exemption for OAE. Ideally, the registrant of Api-bioxal will amend their label language with the EPA to include this slow release method of applying oxalic acid so it would become available to beekeepers in all states.

On July 20, 2022 the EPA Office of Inspector General (OIG) issued a report that found the EPA failed to follow standard operating procedures and requirements in its pesticide cancer risk assessment process. 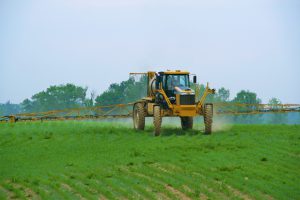 The U.S. Environmental Protection Agency has repeatedly failed to protect human and environmental health in their approval of toxic chemicals for use in agriculture.

The report comes on the heels of a U.S. Court of Appeals decision that overturned the EPA ruling that glyphosate, the active ingredient in Roundup, is safe for humans and wildlife. Not only did the court rule that the EPA’s “inconsistent reasoning” made its decision on cancer “arbitrary,” the court found the EPA violated the Endangered Species Act since the agency had previously admitted that “glyphosate ‘may affect’ all listed species experiencing glyphosate exposure—that’s 1,795 endangered or threatened species,” but ignored the Endangered Species Act in its decision.
Montsanto-Bayer’s glyphosate based pesticide is the most widely used pesticide in the world and numerous studies have found potential links to adverse honey bee impacts. (Balbuena et al., 2015; Faita et al., 2018; Herbert et al., 2014; Motta et al., 2018)
The failure of the EPA to adequately evaluate pesticides safety should cause those who still have confidence in the EPA to protect honey bees and other pollinators from non-target pesticide exposures and their impacts to rethink their misplaced confidence.

Environmentally: honey is better than sugar

Honey is largely considered the first sweetener used by mankind. It is the only sweetener we use that does not require processing for it to be usable. Today, there are numerous sweeteners that compete with honey for the consumers’ attention and dollars. Sucrose which is composed of 50 percent glucose and 50 percent fructose is the most common sugar. It is often called table sugar and is usually extracted from sugar cane and sugar beets. 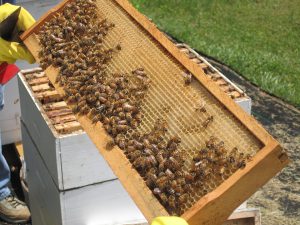 Honey bees do the lion’s share of the work to produce honey, making the golden sweetener the number one choice for the environmentally conscious.

Sugar is also found everywhere. Not only is it found in foods as a main ingredient such as cakes, pies, ice cream, cookies and candy bars, but it is often added to foods that do not naturally contain sugar, such as luncheon meats, baby foods, soups, canned vegetables, cereals and most convenience foods like frozen TV dinners. Sugar is pervasive and its sweet taste is universally enjoyed. Unfortunately, sugar production is also quite harmful to the environment. A July article titled Sugar Taxation for Climate and Sustainability Goals (King & van den Bergh 2022) suggests that reducing sugar consumption could help fight climate change, reduce environmental damage from sugar mill pollutants and help prevent the loss of biodiversity.
The sugar mills that process sugar cane consume large amounts of energy and the majority of the time that energy is produced by fossil fuels. Honey on the other hand is produced be bees whose energy requirements are fueled by the nectar of flower blossoms. Any fossil fuels used to produce and process honey is limited to the occasional trips the beekeeper makes to check on the bees during the season, the energy used to extract the honey and the embodied energy that goes into making the hive equipment used to house the bees. As a result, not only is local honey the least environmentally harmful sweetener, but it has one of the smallest carbon footprints of all foods.
In addition, the wastewater runoff from sugar cane fields, sludge washed from mills and plant matter waste produced as a result of sugar production choke bodies of fresh water, absorbing available oxygen and lead to massive fish die offs. In contrast, the only waste produced during honey production is beeswax which can be rendered, cleaned and is a valuable resource used to produce additional products.
Meanwhile, plant and animal habitat is destroyed when fields are created to facilitate sugarcane cultivation which significantly increases biodiversity loss. As honey bees go about collecting nectar to produce honey, the impact that pollination produces helps to maintain biodiversity. The authors of the Nature Sustainability study hint that taxing sugar would be a good way to reduce its consumption but do not suggest how people might replace this ubiquitous sweetener. We beekeepers have the answer: everyone who uses sweeteners should substitute honey for sugar whenever possible.