I was the Chief of the Apiary Section of the Florida Department of Agriculture and Consumer Services in 2006. I and the 12 Apiary Inspectors stationed throughout Florida to assist beekeepers were always getting calls about honey bee health issues of one kind or another.

Dave Hackenberg, a commercial beekeeper, called me that Fall and said his bees were gone. Not dead or stolen, just gone. I listened as I always did to beekeepers with problems, tried to help them solve them. Dave was not just a one call guy. He called several times and kept telling me this weird story about bees being gone. Not dead on the bottom board or dead on the ground in front of the hive but just gone. And it wasn’t just one colony it was many.

As you all know now we named this thing that researchers, academics and USDA specialists didn’t know what was, Colony Collapse Disorder or CCD. We didn’t know what it was or what caused it or how to fix it so we called it a Disorder.

And we figured like most things in beekeeping it would disappear in a few months and life would go on as it had. Well, it didn’t and many of you reading this now are beekeepers because of the focus on honey bees and honey bee health.

In the intervening years, we have come to understand Varroa’s impact on Honey Bee health and understand that this thing we named CCD is linked to the multiple factors that all tie into this new parasite the Varroa destructor mite.

In parallel with the above, there was a USDA CMAVE (Center for Medical, Agricultural and Veterinary Entomology) lab around the corner from my office in Gainesville, Florida. I was invited to a workshop where they were going to control malaria-carrying mosquitos using a brand new technology called RNAi.

I could walk across part of the Univ Florida campus to get there. It was a fascinating presentation of how DNA never leaves the cell nucleus but makes copies of these genetic instructions that cells need to make things for the mosquito or us, or cows, or pigs, plants and most everything to stay alive. These specific instruction copies are taken by a cousin of DNA called RNA to the cell site to turn some protein synthesis on or because you can’t have things running all the time turn this down or off with the instruction delivered by RNAi, i stands for interference.

The USDA CMAVE folks were going to use RNAi to turn something off in the malaria-carrying mosquito and kill, hurt or damage it. This DNA to RNA process is going on in you and me right now and Fido and Fluffy and lettuce and apples to regulate how things live and grow. And because it is a fundamental process of biology and in our food supply we eat it and digest it because it is a normal natural component. And because RNAi is focused and specific to those organism’s unique genes it has no negative effect on you or I or other plants and animals. Sounded pretty good.

On my walk back to my office I stopped by Dr. Jamie Ellis’ office in the Entomology and Nematology Dept. on the UF campus. I told Jamie what I thought I heard and wondered if this technology could be used to safely and efficiently help honey bee health.

Remember this is 2006, very early in this technology. Jamie and I decided that we should move forward and simply try to learn about RNA. We started emailing and asking questions to colleagues globally to gain as much knowledge as we could to see if this might be a path forward for honey bee health.

A company from Israel, Beeologics, heard we were asking questions and they contacted us. Beeologics had been working with RNAi and had developed a possible control for a virus that early on had been correlated with CCD, the Israeli Acute Paralysis Virus (IAPV). They contacted us and to make a long story short we decided to informally collaborate together to learn about RNAi and honey bees. And we did for several years.

Fast forward to 2011 when Monsanto acquired (bought) Beeologics. Not for the honey bee thing but because RNAi was a possible insect control for production ag. crops. And, bless their hearts they kept the honey bee piece of this as a platform to learn about RNAi and as a PR move, knowing that they would never make money off a honey bee health product but it was a good thing to do.

They looked around their 22,000 employees and nobody knew anything about honey bees. Because of my connection with Beeologics and learning about RNAi and honey bees I was asked by Monsanto if I would come and lead this project to develop an RNAi solution to honey bee health issues.

It took me several weeks to make a decision because like everybody else I had lots of suspicions because we were all taught to hate Monsanto. As I shared this with friends, family and colleagues some said, “have you lost your mind.” Others said, “its a big corporation with lots of money to fund research, do it.”

My final decision was based on the fact that I wanted to help the industry I love and respect, that honey bee research never had received the resources or attention it deserved and I was ‘late career’ so all they could do was fire me. I thought I would stick my neck waaaaay outside of my shell and give it a shot.

I knew they were using me for reputational reasons but I was using them as well to get big corporation resources focused on honey bees. 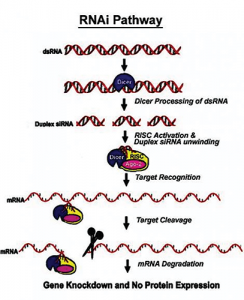 A bunch of things kind of happened together at first. I had been told by the person who hired me that there was an RNAi product all ready to go. I was told I had a budget and I needed to decide on packaging and distribution and marketing/advertising. I was excited to be on the cutting edge of something valuable for the beekeeping world.

About two weeks later I found out that this product had failed its 5th or 6th FDA trial. I was not happy. I could have gone back to Florida as they were either very kind or knew stuff like this happened so kept my job open. I decided that I would stay because we in the beekeeping industry have never had the concentration of smart people, funding and expensive equipment in one organization. I would stay and keep people’s feet to the fire and hang on until something could be invented, I was fired or left.

But, I was pretty naive and even though being a beekeeper and in the industry and a supporter and cheerleader for it for years, at my first presentation at a beekeepers’ meeting, before I even opened my mouth, people got up and walked out saying ugly things as they went. This happened several times for the first year or so until those sensitive beekeepers realized Jerry hadn’t changed. He just changed how he thought he could add value in a different way.

I thought coming from State Gov. I would know, kind of, big organization structure so it would be a quick learning curve. I sure was wrong. This was like going to Mars. Nobody was really in charge until you looked up the ladder. You were discouraged from going and visiting one on one with others. You had many, many meetings every day because you were on many Teams for many different topics not at all related to honey bees.

The Teams were not like sports teams working together hand and hand to win the game or solve a problem. They were mostly a way to communicate because usually nobody was available to speak one on one. Very disconnected. But, the people were great and were playing the game because they wanted to take care of their family, had really good working conditions, health insurance, and a salary future.

But they were also not responsible individually and recognized as such in an industry they loved. Keep your head down, do what you are told and don’t make eye contact and life is good.

But despite my not fitting in the corporate mold, there were several good people doing their jobs and progress was made in RNAi development for Varroa control. The formulation was improved and manufacturing and some of the largest field trials in the history of honey bee research were funded and conducted.

The biggest challenge with RNAi is delivery. This is a natural normal product made up of regular normal natural amino acids. This is a problem because how do you get it into Honey Bees? If you put it in sugar syrup and the syrup is not sterile, bacteria, yeast and fungi eat it as food. It doesn’t last very long.

If in syrup the bees eat it and its digested as food. You have to put a lot in to get it past the digestive system. And it is really expensive to make which means it will be expensive to use. A good thing is if it is spilled on the ground it is eaten by organisms on the ground.

It is targeted and directed if the right gene is selected to turn off so won’t hurt bees or other organisms. But all these things make it tough to build a product around.

Then the easiest route for regulatory approval is to go through the EPA. EPA doesn’t care if it works just that it doesn’t impact the environment. FDA is harder because they are looking at materials that are eaten or consumed and what is the outcome. So, I heard several times when I was asking strong questions because I didn’t understand how it worked in field trials that were so inconsistent, “Jerry it doesn’t matter if it works, it just has to get through EPA.” That was the answer for me that I was hoping never to hear. That was the last answer for me. So, my friends, I failed to help the beekeeping industry with a new technology that I had hoped would have been safe, effective and affordable. But, I think I went where others were afraid to go and . . . tried. You never know until you try.

Gerry Hayes has moved on to Vito Bee Health, and still writes the Q&A column for American Bee Journal.