The crowdfunding story of Flow Hive, from Australian inventors Stuart and Cedar Anderson, became an internet phenomenon earlier this year, when in hit its original funding target of $70,000 in just eight minutes. The project has now raised over $12,000,000 in funding, making it one of the most successful ever crowdfunding campaigns and, of course, inspiring dozens of ‘internet buzz’ headline puns.

Flow Hive’s level of success is a rare event, however. The majority of crowdfunding campaigns actually fail to hit their fundraising goals and even successful projects can run into issues with sales tax and order fulfillment. So if Flow Hive has inspired you to test the crowdfunding waters for your beekeeping business, it’s essential to do your homework. 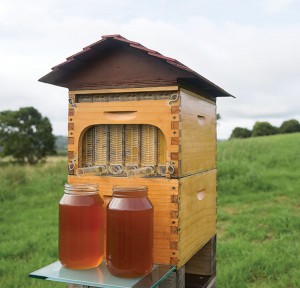 Getting Started
Crowdfunding, for the uninitiated, provides an alternative source of funding for your business by tapping into the buying power of your social network. There are several sites that enable you to safely fund a project, including Kickstarter, Indiegogo, RocketHub and Kiva, as well as several smaller sites.
Most platforms share the same general concept: Project owners launch a campaign featuring their story, often with a video and offer a range of incentives for backers. Friends, family and the general public then pledge small amounts, sometimes as little as $1, to help the campaign hit a larger funding goal. As each crowdfunding site has its own pros and cons, it’s important to select your platform wisely.

Kickstarter
Kickstarter, the most well-known crowdfunding site, operates an ‘all or nothing’ funding model. Hit your target and you’ll receive your funding, miss it by even one dollar and you’ll get nothing and your backers won’t be charged. Kickstarter charges a 5% fee from successful campaigns. There are no fees if a project does not reach its goal.

Indiegogo
Indieogogo, the site of Flow Hive’s success, lets project owners keep any funding they receive, even if they don’t hit the goal. However, a 9% fee is charged on projects that fall short. If you reach your goal, only a 4% fee is applied.
A possible downfall with this approach is that project owners can be stuck with a fraction of the funds they need to launch a project, but a crowd of backers who are still expecting their funding incentives to be fulfilled.

RocketHub
RocketHub operates a similar model to Indiegogo, with a 4% commission for successful projects and an 8% fee for campaigns that don’t hit the goal. RocketHub has also partnered with the A&E television network on the A&E Project Startup initiative, which promises selected projects extra support through on-air and online events.

Kiva Zip
With Kiva Zip there are no incentives or range of funding choices. Instead, individuals each contribute $25 to help fund a zero-interest loan. Businesses can receive a maximum funding of $20,000 and are required to pay back their micro-financing with terms that range from six to 60 months.

Alternative Options
Other crowdfunding sites worth mentioning are foodstart.com, which focuses solely on food and drink projects, localstake.com in Indiana and craftfund.com in Wisconsin – both of these sites are taking advantage of state laws that allow businesses to offer equity to state residents through crowdfunding. Currently, federal rules do not allow equity to be offered as an incentive to the general public, but 13 states, including Wisconsin and Indiana, have already enacted their own crowdfunding laws with varying approaches to equity. 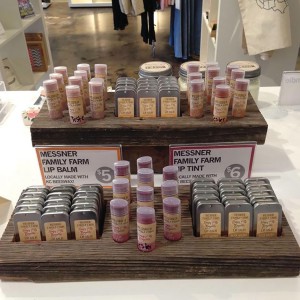 Crowdfunding veterans typically recommend a planning period of three to six months for a campaign and to base fundraising goals on the size of the audience you already have. Include exclusive rewards that are only available to crowd fund backers, as well as one or two big-hitting, top-tier incentives that would go a long way to reaching your overall goal. Expect the most popular pledges to be in the $25 range.

A video can also be the difference between failure and success and they don’t need to be Oscar-worthy to make a big impact. Nearly half of all projects with a video are funded, yet only 30% of campaigns without a video succeed. Earlier this year Erik and Rachel Messner, owners of Messner Family Farms, raised over $2,500 on Kickstarter to expand their apiary, with the help of a last-minute, home-made video.

“We talked about the campaign for a few months and spent about three weeks writing our content, gathering pictures, researching other campaigns and doing all the math needed.” Said Rachel Messner. “We made posters and flyers and put them in local coffee shops. When I had craft shows I put up posters behind my booth and people would ask about it.  We decided to shoot a video at the last minute and we are so glad we did! It made a huge difference. 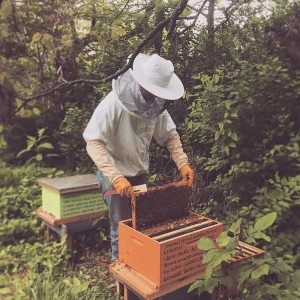 “We were surprised how many people supported our Kickstarter that we did not know! We thought it would be mostly friends and family but we had people contributing because they found us on Kickstarter or saw one of our posters. Our friends sharing our video with their friends probably helped a lot too.”

Although campaigns are usually open for around 30 days, most raise the majority of their funding in the first one or two days, so building awareness before a campaign launches is important.

“I think everyone has this conception that they’ll just pop an idea online and it will get instantly funded, but there’s so much more legwork and especially prep-work that goes into building a campaign. No matter how well you plan, there are always still hiccups. It’s incredibly hard work.” Says Kickstarter veteran Ash Richter.

As well as creating a campaign website and promoting the project on social media, reaching out to local news media and connecting to your audience off-line are also effective tactics. As all of the work involved with preparing a campaign can seem overwhelming, it can be wise to seek out help.

Honey by the People, a community apiary in Oregon, launched their successful Kickstarter campaign by teaming up with local event planner Stephanie Laur, owner of Union Event Co. Stephanie helped plan a launch event, create a website and marketing material and generate coverage in the local newspaper.

“When hiring a planner you hire an incredible behind-the-scenes team of vendors you may not have known even existed.” Says Stephanie. “For example, is there a cafe willing to stay open late in return for hosting a cash bar during your event? Is there a caterer willing to work with donating food? Hiring an event planner from the beginning eliminates the guessing game.
“Don’t be shy to lean on others for assistance. Seek out experts in the community, you will not only be forever grateful, you will have more time to work on your campaign!”

Pitfalls to Avoid
Even after hosting launch parties, creating a compelling video, running social media campaigns and hitting your fundraising goal, there are a few common mistakes that can trip-up projects.

In addition to the commission fees, crowdfunding sites also charge a credit card processing fee of 3-4%. Shipping costs to mail rewards across the country can add up quickly and sales tax may also apply for in-state pledges, so it is important to factor in these fees when setting your overall funding goal.

Funding from hundreds of backers will also result in hundreds of rewards to fulfill, which, of course, requires a lot of time. “Although our awards did not seem complicated it is still hard to complete them because there are so many!” Says Rachael Messner. “I think it would be best to have fewer tiers of rewards and create ones that are easy to complete. For example, we offered beeswax lip balm and our contributors could choose the flavor. We have five flavors and multiple lip balms per person. It would have been easier to just send the same variety pack to each person.

“The time commitment of honoring the rewards and keeping folks updated on our progress has been a struggle, but our bees are doing great and everyone has been supper supportive and patient. We are really glad we did it!”

Even Flow Hive may now face complications from their multi-million dollar success. Having to scale up rapidly to produce over 30,000 hives and ship them across the world may prove challenging.

For most businesses crowdfunding is not a fast, easy way to raise capital, but with proper planning and effort it is a viable funding option. Perhaps the most important thing to remember with any campaign is that, like a hive, success is only possible with a ‘crowd’, with everyone working together, each contributing a little, to reach a larger goal. So don’t try to go it alone, instead ask for help, seek out experts and share your story with your community.

Ian Everett is the Studio Director at Pretty Lethal Designs a branding studio for artisans. He is from Wales and became interested in beekeeping when working at Lyman Woods apiary in Downers Grove, IL. Connect with him on twitter at prettylethal.