Forty two years she’s been at this, since 1974 (and even before that as an assistant to the then editor). Back then it was 18 pages, but 24 now, with two thirds of those pages filled with over 30 advertisers. The rest filled with the news of PA beekeeping,  the fair, the queens, editorials and national news, plus a recipe every now and then. Plus, she’s also the Sec/Treas of the Association so that fills the rest of her day. She has a Mac instead of that manual typewriter now, but she still uses a hand-written card file to keep member records, and has some help from a very understanding husband, and a talented daughter.

So I’ve been reading her newsletter as long as I’ve been here. It’s not the fanciest NL that comes across my desk, but it’s as regular as clockwork, always has good stuff, is easy to read and does what it’s supposed to do for a newsletter. Yvonne, I don’t know how you managed this all these years, but from one old editor to one very good editor, Congrats on a stunning career. Take a bow, and put your feet up. You deserve it.

I was mulling over some of the information from the meeting in Columbus in November, trying to distill the best of what I heard from the most people to get a clearer picture, and perhaps a better take-home message from all that I’d heard. Then, I was talking to a commercial queen producer this week, and he pretty much summed up all that I heard in a tidy little package.

His bees do just fine, he said, when he was able to keep them at least three miles from any other beekeeper. Isolation is the best mite treatment you can use he said.

“When I have my bees making honey, far from anybody else, they do just fine. Mite loads either don’t build, or build so slowly I can relax for a bit,” he said. 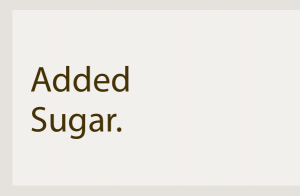 “The biggest problem we have with mites isn’t that there are no effective treatments, though that is going to be a problem pretty soon when the active ingredient amitraz hits the resistant wall and there’s nothing economical in the box anymore. No, the biggest problem is when your neighbor doesn’t take care of his bees, they crash, and then you get his mites, his viruses, his problems”, he said.

That’s the problem. Pure and simple. At the November meeting one of the commercial beekeepers said that you know which yards will give you problems all season long, and which won’t. It’s because of your neighbors.

But back to that queen producer. Believe it or not we were talking about the weather, and I mentioned that the day after Christmas it was 60F here in Ohio and I was able to do some mite tests. I tested four colonies, 300 bees/test. That’s 1200 bees, give or take. In all that, two mites. Two. They were your queens I told him, because they were. He didn’t hesitate a nanosecond and said I must be in some real isolated location. He went on to say that it was good to hear his bees were doing well, but nobody’s bees did that well unless the beeyard was well isolated.

New label laws take effect soon, some sooner than others. Added sugar on a food label is going to be a reality. Sooooo….how much sugar is added sugar in a jar of honey? Some of it? All of it? Any of it? None of it? Well, let’s talk about sugar.

A couple years ago I read a book entitled Salt, Sugar, Fat, by Michael Moss. I’m smart enough to know a tiny bit about diet, and I thought I knew something about these three evils. But I didn’t really have a clue. It changed the way I ate, immediately, and I’ve become a fanatic about reading labels. I spend more time doing that in a grocery store now than actually putting things in the cart. And I shop a lot. Grew up in a grocery store so have always liked to explore and learn how different folks market food.

Recently a new book made a splash even before it was published, so I pre-ordered and waited. It pretty much lived up to the pre-published  hype it got because it’s on a topic people want to hate, by an author with a reputation for uncovering evils in our diet. It’s a block buster when it comes to what’s killing us. And Big Sugar is one of the worst. Along, of course, with big food (read chicken, beef and pork here), big chemical (pesticides), big tobacco, big energy (oil and gas and coal), big auto – pretty much, if you’re big anything anymore you’re one of the bad guys. It’s what goes with all the money they make I guess.

The first book I read talked about the sugar industry some, but more about what sugar is doing to your body. This One, The Case Against Sugar, by Gary Taubes, talks more about the industry’s efforts to keep people thinking that what is killing them was – first, calories, (there’s only 16 in a spoonful of sugar), then it moved on to saturated fat that caused obesity and heart disease. See, sugar is really OK. The American Heart Association really played up the fat thing – that and cholesterol were the culprits for all of our health problems, for awhile.

Then along came HFCS. That’s sugar, really. But it got a pass from the doctor people who said it was actually OK for diabetics. Really! The processed food folks had a new alibi. So they cut the ‘sugar’, and they cut the ‘fat’ and they added HFCS to make that low-fat things like low-fat yogurt – how could that be bad for you?  They claimed the calories came from HFCS, not sugar!

So now where are we? Suffering from something called “metabolic syndrome”, the greatest predictor of heart disease and diabetes. Signs of the syndrome?  Obesity, high blood pressure and insulin resistance. Cause? According to the author – Sugar.

The problem is – if we removed sugar completely from our diet, we’d still be sick. We’ve poisoned our environment, we eat too much and exercise too little, we smoke, we drink, we have bad genes. Follow the precautionary principle he suggests. And eat less sugar. And I’ll add eat less fat and less salt, too.

But back to the changing label. What exactly is added sugar in a processed food? Here’s what I understand about some of it anyway.

I’ve heard the National Honey Board and others are weighing in on this, but consider this.

Take a quart of fresh squeezed grape juice. It has water, natural flavors and some sugar in it. Let’s say, 20 grams of sugar from the grapes. Then, you concentrate that quart of juice for preservation and storage to a quarter cup of juice. It’s still got all the sugar, all the flavor, just less water. Then, you reconstitute that quarter cup to a half quart of juice, put it in a plastic bottle and call it Grape Juice. It still has all the sugar of that full quart, all the flavor, just less water. So, if it had 20 grams of sugar per quart, now it has 20 grams of sugar per half quart. It should, really, only have 10 grams because that’s what real grape juice has. But it has 20. That extra 10 grams of sugar is, Ta-Da – “Added Sugar”.

Another way to look at this is if you simply add sugar, or HFCS or almost anything that ends in –ose (maltose, dextrose, natural sugar, natural flavors, etc), over and above what the food contains in an ummmm, natural state, you have “added sugar” to the end product.

Now, if some Bozo takes a quart of that honey and adds HFCS to it to add volume, and sugar, so it is now two quarts of “Sweetener” (it is no longer honey), it has “Added Sugar”, right? Right.

If a manufacturer takes some of that honey and adds it to a bread recipe, or a BBQ sauce, or a salad dressing, or kid’s cereal (Breakfast candy as it’s referred to in that industry), then, that honey becomes added sugar, just like HFCS or cane sugar, or maltose, or natural grape flavors.

But in a jar, straight out of the extractor, there is only naturally occurring sugars in a jar of honey, just like that grape juice, like apple juice, like milk or like sour cream.

I’m not positive when that label thing begins, but it’s already being talked about, so stay tuned. At some point, added sugar is going to become another fact of life for food folks. But I don’t think it will for beekeepers. Keep a good thought. But pay attention.

Did you take a look at our monthly Honey Report yet? A couple of things came up that sort of surprised me. One was beeswax. Or actually, the number of our reporters that are dealing with beeswax. I talked a bit ago about the gradual change in perspective of a good number of commercial beekeepers toward producing honey. A significant number are reducing the energy they put into producing honey and are instead producing more bees. These they use to sell to the increasing number of beekeepers who are pollinating for a big chunk of their income. That makes sense. You go where the money is. And there’s not a ton of money in bulk honey sales at the moment (can you make a living selling honey in drums for an average price of less than $2.25 a pound?). Low cost imports are taking more and more of the market in this country, so what’s a beekeeper to do? Make more bees, and less honey, that’s what. So – making less honey produces less wax, right? Pollinating crops makes no beeswax at all, right?

I know that some are still trading wax for equipment with some of the suppliers, and the suppliers are using this wax, mostly, for foundation. But the future of beeswax foundation is a foregone conclusion. There isn’t a gram of the stuff in this country that doesn’t contain some amount of poison. And putting poison in a beehive isn’t a very good idea. Putting plastic foundation, or no foundation at all in a beehive is a better idea. Let the bees build the comb, and then get rid of even that because of environmental pollution and poison after a couple of years. I know, the most valuable piece of beekeeping equipment used to be a frame of drawn comb. Not any more. Change is hard, all over the map.