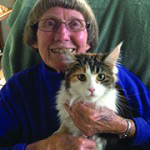 ‘He was a bold man that first ate an oyster.’ – Jonathan Swift

I suppose that that ‘bold man’ would have appreciated the food safety concerns and the resultant rules we have today. He would know that the oyster was edible. In the past people did understand food spoilage and how to care for food. However, the unscrupulous could devise ways of hiding spoilage. And the crafty devised ways of adulterating various foods for their own profit. Not only was food at times hazardous, but also cosmetics contained really poisonous chemicals. Inventors produced bizarre medical devices to cure real and imaginary ailments. Those devices looked impressive even if they were totally ineffective. Medicines containing cocaine and opium certainly gave you the sense of feeling better even if they were not a true cure. As our population grew, so did the problems with food and medicines. 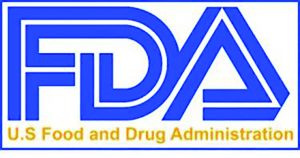 Today we are familiar with the Food and Drug Administration (FDA). We find out about its activities through the various media we use. The FDA actually had its beginnings in the 1800s but did not acquire that name until 1930. Government reorganizations occurred throughout all those years until 1988 when FDA became part of the U.S. Government Department of Health, Education, and Welfare (HEW).

Perhaps an important milestone in the FDA’s history was the original Food and Drugs Act, passed by Congress in 1906 and signed by President Theodore Roosevelt. That Act prohibited interstate commerce in misbranded and adulterated foods, drinks and drugs. The Meat Inspection Act was passed the same day. Now slaughter houses could be inspected for sanitary practices in the preparation of meat for sale. So the U.S. was now on its way to safer food and medicines. However problems were still evident. In 1933 the FDA recognized the need for updating the 1906 Act. That update took five years to revise, resulting in the Federal Food, Drug, and Cosmetic (FDC) Act of 1938.

Five years to revise! Why did it take that long? Well, squabbles in Congress were part of the delay. However in 1935 the Government began publication of the Federal Register. That name is not particularly descriptive of what it is and its purpose. Basically it gives the public a voice in the creation of various Acts that the government wishes to enact. The government proposes an Act and it is published in the Register. The public, particularly those affected by it, are asked to comment. A time limit is given for the comment period. The information is then assessed and any changes are made before the Act takes effect. So the public comment period and subsequent revisions were also responsible for the five-year time span.

Over the years various concerns have been addressed with the addition of an assortment of rules and acts. In 1990 the nutrition label was created and its terms, such as ‘low fat,’ were defined. All foods were required to have that label. Modifications to that label occurred just two years later in 1992. Since honey is a single ingredient it is allowed to have a modified label. In addition, anyone selling less than $50,000 of honey in a year is exempt from using the label. However, that label is excellent marketing strategy – 0% fat can mean a lot to a potential customer. By the way, use of the word ‘organic’ requires the official organic certification and label. The word ‘natural’ has not been defined yet by the FDA.

After 59 years with the 1938 Federal Food, Drug, and Cosmetic Act, in 1997 the FDA passed the Food and Drug Administration Modernization Act. Among the many other revisions was the one to regulate the health claims for foods. Any benefits to health must be substantiated. So unless you have the documented research you cannot make health claims when selling your honey or pollen.

Although the 1997 Act had many improvements, food safety seemed to remain a stubborn problem. The media reports of illnesses from foods concerned many people. Our desire for year-around supplies of various foods (strawberries in January) brought an incredible quantity of imported foods to our supermarkets. How do we know they are safe or will we find out when becoming ill? The food-illness problems also occurred in restaurants. After all, they are buying domestic and imported foods from the same suppliers as the supermarkets. Food safety became an important issue.

Thus, just 14 years later, in 2011, President Obama signed the FDA Food Safety and Modernization Act (FSMA). One important part of this Act is that the FDA can require imported foods meet the same standards as our own domestic foods. In addition the national food safety system will partner with the state and local authorities.

Now this new FSMA is not just one rule. In 2013 the seven foundation rules were composed and were published in the Federal Register for comments. The rules went through several variations until they were considered final. Other rules were written. At this time some rules are just proposed. Let’s see what the current final and proposed rules and their dates are. The dates of passage are important for the final date of compliance.

See the first web page for all of the explanations of these Rules, then the following for background and additional information:

Final Rule: Information Required in Prior Notice of Imported

Go ahead and explore the rules so that you can get an idea what information pertains to you and your particular business. To prepare you for the onslaught of the Governmentese Language I recommend a pot of coffee and soothing background music. Or stronger, as you wish. You will have to plow through quite a bit of information in your search for honey. Fortunately honey is considered a single item (a food, a substance) as is maple syrup and thus subject to some exceptions. Honey is considered a ‘low-risk’ food so this term can help you in searching through the rules. In addition the size of the beekeeper’s operation influences how the rules apply. So you need to read as carefully as you can to determine how FSMA will affect you and even IF it affects you.

To help you plow your way through, here is something to keep in mind. Actually two words. Product and produce. Honey can be a product but it is not a produce. Produce, in these rules, means just what you see in the Produce Section of your supermarket – vegetables and fruits. So you can just skip reading anything that mentions produce, unless, of course, produce is part of your business.

When the act was passed back in 2011 the government did realize that many people would need help in interpreting the rules and in adhering to them. Education and training would be necessary. Congress passed both the FSMA and, at the same time, provided $4.7 million to establish a competitive grants program, the Food Safety Outreach Program (FSOP), to provide education and training. Funds first went to establish a National Coordination Center and four Regional Centers for training. Those encouraged to apply for grants to be trainers include community-based organizations, non-governmental organizations, food hubs, farm cooperatives, extension, as well as other local groups. Although information and training will be for all foods, produce (remember? vegetables and fruits) will probably be a large part of the training.

The FDA FSMA Food Safety Technical Assistance Network is already operational to provide a central source of information to support industry understanding and implementation of FSMA. Questions submitted online or by mail will be answered by information specialists or subject matter experts.

Farmers’ newspapers have been reporting on FSMA from time to time. Extension offices will have information on the Act. And, of course, you can spend some time on the FDA website. To help you in your search for honey, look for ‘low-risk’ lists of foods that are exempt from certain parts of the rules. You will see honey listed both as ‘raw’ and ‘pasteurized.’ (Considering the dictionary definition of pasteurization it seems a bizarre word to apply to honey.)

Your honey is required to have a label when it is for sale. The information for labels is under the Federal Trade Commission and the FDA. The basic requirements are really quite simple. The label must identify the commodity, give the name and place of business and the net quantity in both English units and in metric. Honey is sold by weight. The National Honey Board website, www.honey.com, has labeling information.

Beekeepers of various sizes of operations will find that this particular Final Rule will provide a good amount of information:

Yes, it is long. Yes, you will read a sentence several times to make sure you understood it. Yes, you will have questions. But this Rule does include honey as a ‘low-risk’ food. If you just get a few pounds of honey for your own use you don’t even have to read this article. But when you sell even a few jars you do need to be aware of what is going on not only here in the U.S. but also need to realize that other countries have concerns about food safety. It’s a global problem.

Each of the rules will have a Compliance Date – the deadline you must meet to have your records in order and have done everything necessary to meet the criteria set by the rule. As usual, there are exceptions, so pay attention to those. Most small-scale and sideliner beekeepers will fall into the ‘very small scale’ operations. Also keep in mind that certain words, such as ‘facility’ can apply to your operation even if you have only a few hives and use your garage for extracting.

Don’t hesitate to ask questions. Your local extension agent is more used to dealing with the rules than you are. Although you may be confused and exasperated with the FSMA keep in mind that the food you buy at supermarkets and other markets is safer today because of that Act.