WEST LAFAYETTE, INDIANA and CHICAGO —The Purdue University/CME Group Ag Economy Barometer recorded its largest one-month drop in sentiment during March. The barometer dipped 47 points to a reading of 121, as concerns over the impact of the global pandemic on the agricultural economy weighed heavily on farmers’ minds. The Ag Economy Barometer is based on a midmonth survey of 400 U.S. agricultural producers and was conducted March 16-20, 2020, as the coronavirus crisis escalated in the U.S. and around the world. 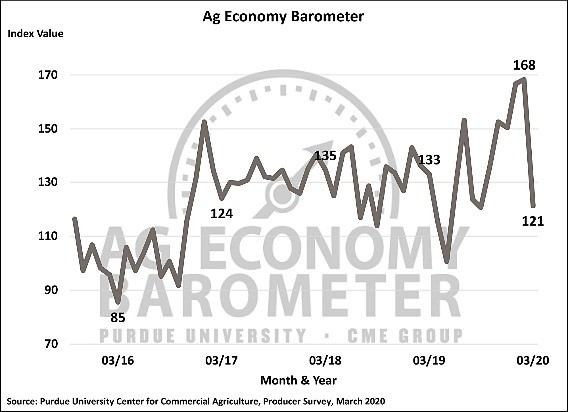 Both the Index of Current Conditions and Index of Future Expectations also recorded their largest one-month declines. Farmer sentiment regarding current conditions fell 43 points to a reading of 111 and future expectations fell 49 points to a reading of 126. Collectively, this month’s decline in the barometer and its sub-indices pushed the index down to levels last seen in September 2019, when weak commodity prices and an unresolved trade dispute left many farmers concerned over their financial futures.

“First and foremost, the U.S. farmers we surveyed said they were concerned about how the coronavirus will impact their farms in 2020 leaving little doubt that it was the leading driver for this month’s drop in sentiment,” said James Mintert, the barometer’s principal investigator and director of Purdue University’s Center for Commercial

Agriculture. “While originally it was thought that the coronavirus effect would be limited to trade with China, now it appears producers are bracing for challenging financial times leading into the 2020 planting season.”

To further understand the impact of the coronavirus on this month’s drop in sentiment, producers were asked whether they felt the virus would affect their farm’s bottom line in 2020. Seventy-four percent of respondents to the March survey said they were either “fairly worried” (34 percent) or “very worried” (40 percent) about the impact of the virus on their farm’s profitability this year. That sentiment also spilled over into their perceptions of financial performance, with 40 percent of respondents expecting a worse year compared with 2019.

Meanwhile, the percentage of producers that expect the trade dispute to be resolved in a way that’s ultimately beneficial to U.S. agriculture was down to 68 percent this month from an average of just over 80 percent who felt that way in January and February.

Lastly, in another sign that farmers were less confident that the trade dispute with China will be resolved soon, more farmers in the March survey said they expect to receive an MFP payment on their 2020 crop production than did a month earlier. In March, 62 percent of survey respondents said they anticipate USDA providing MFP payments to U.S. farmers for the 2020 crop year. That was a significant increase compared with February when just 45 percent of farmers said they expect to receive an MFP payment this year.

Read the full Ag Economy Barometer report at https://purdue.ag/agbarometer. This month’s report provides further insight into producer’s sentiment towards making large farm capital investments as well as their expectations for short-term and long-term farmland values. The site also offers additional resources – such as past reports, charts and survey methodology – and a form to sign up for monthly barometer email updates and webinars. Each month, the Purdue Center for Commercial Agricultural provides a short video analysis of the barometer results, available at https://purdue.ag/barometervideo. 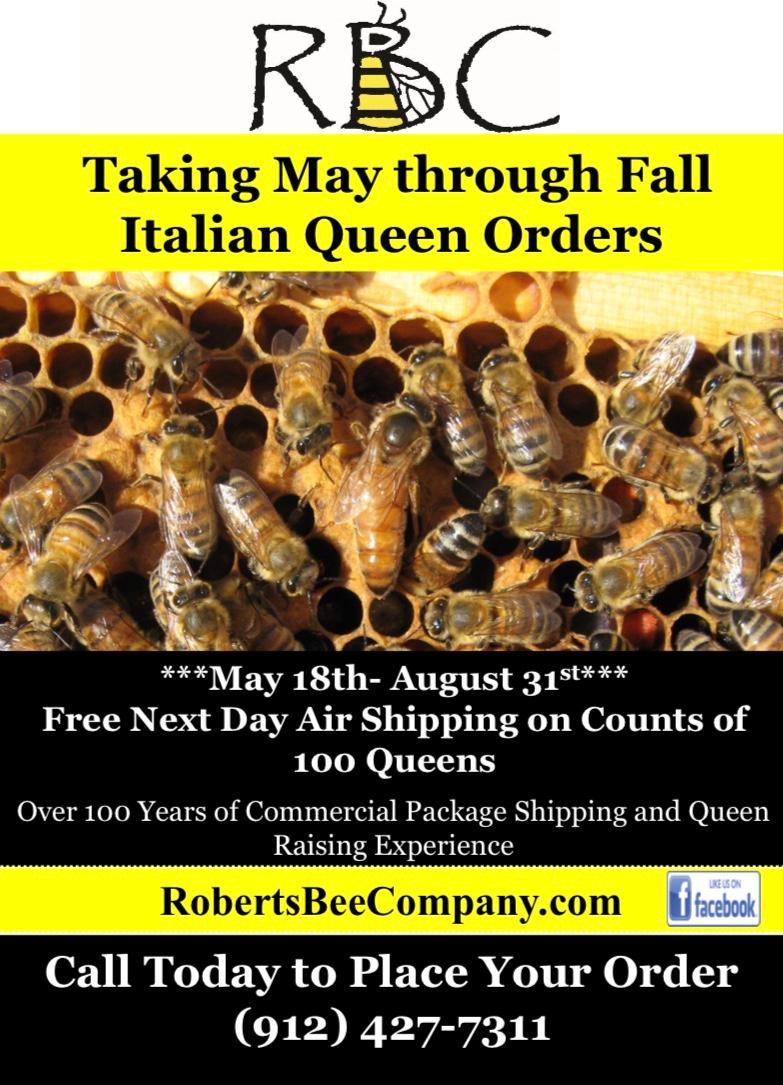