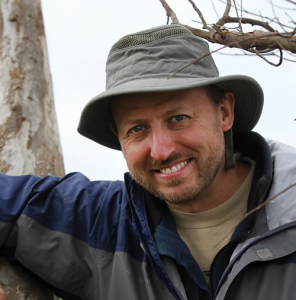 Repeating a mistake generally doesn’t end well. When genetically modified, glyphosate-tolerant crops hit the scene in the mid-1990s, it was a revolution in farming1. Glyphosate is a broad-spectrum herbicide that kills most weeds (as well as non-transgenic crops). Many in the Midwest grew up “walking beans”, hand-weeding soybean fields as the weeds penetrated above the dark, leafy canopy. No one waxes nostalgic about youthful walks through the bean field.

With glyphosate-tolerant soybeans, farmers could spray these weed problems out. The technology was easy to use, cost-effective, and worked well with the equipment and machinery that were already present on farms. Farmers also didn’t have to cultivate the weeds, which helped conserve soil.

Some early marketing claims did not stand the test of time. First, glyphosate’s safety for human health was touted widely. Glyphosate is now recognized as a carcinogen and antimicrobial, and may affect human physiology in adverse ways2. Remarkably, it was reported in the scientific literature and the popular press that glyphosate’s molecular basis was so unique that weeds would never evolve resistance to it3. This confounds most of what we understand about biology, and it should surprise no one that dozens of weed species are resistant to glyphosate throughout most of the country.

As glyphosate failed, the U.S. sought ways new and old to control weeds. A major answer was to genetically modify crops to be resistant to the herbicide Dicamba.

Dicamba was first registered in the U.S. in the 1960s, and it is most effective at killing broadleaved weeds (not grasses). It works by choking plants. It increases cell growth that plugs the plants’ phloem system, which is how the plant transports sugars and hormones.

Dicamba is unique from glyphosate in that it readily volatilizes and drifts to neighboring crops. Also, there are arguably more safety concerns to environmental and human health than have historically been expressed with glyphosate4. Nevertheless, farmers began planting these Dicamba-resistant crops in earnest in 2016.

The resulting travesty to some farming communities has been documented nationally. Neighbors are suing neighbors, unintended crop losses were experienced on 300 million acres due to dicamba drift, and there are indirect effects on non-target species.

Pesticides contribute to bee declines, and not only insecticides are to blame. It begs the question as to how this major shift in herbicide patterns will affect honey bee hives.

Exposure to Dicamba and its “inactive” ingredients associated with formulated products can kill beneficial insects. Ecdysis Foundation found that a commercial Dicamba formulation significantly reduced survival and feminized the population of the native lady beetle, Coleomegilla maculata, when they were exposed at label rates5. How does the formulated herbicide do this to an insect? Usually, we don’t know.

There has been remarkably little research done on dicamba’s toxicity to honey bees. According to the National Pesticide Information Center (supported by the US EPA), dicamba can be classified as “moderately toxic to completely non-toxic”, depending on the nature of the study (http://npic.orst.edu/factsheets/archive/dicamba_tech.html). One study found little acute toxicity of dicamba fed to honey bee workers in a sucrose solution6. A companion study showed that developing brood were unaffected by the dicamba active ingredient when they were fed 1000 ppm, a fairly high dose7. Another study found that the LD50 of dicamba was greater than 100 µg/bee8. None of these toxicity assays were performed on recent formulations of dicamba, and “inactive” ingredients in formulated pesticides can have a dramatic effect on the outcomes of toxicity assays.

I was unable to find any peer-reviewed research that has investigated the sublethal effects of current dicamba formulations on honey bees. Pesticides don’t always kill bees; they can affect their behavior, reproduction, development rates, or any of a range of other life history traits. As a case in point: glyphosate doesn’t kill bees, but it does reduce their ability to navigate9, and may decrease nerve function10.

Risk is characterized by both hazard (or toxicity) and exposure. Even water is toxic if you are exposed to too much of it (this toxic effect is called drowning). Environmental persistence of a chemical depends on many factors. UV light and microbial communities can break the compound down. Water can wash it away, and dicamba is readily transported into ground water. Different soil chemical and physical properties can increase the longevity of the herbicide in the environment. And just because dicamba is in a habitat does not mean that honey bees will be directly exposed to it. But if it is in the water, pollen, nectar, or any other attractive substance to honey bees, the toxicity data becomes instantly more relevant.

Various studies have examined the environmental fate of dicamba. In general, it appears that dicamba persists in the soil for around three months; sometimes this period is longer, depending on the conditions. Ground water is readily contaminated by dicamba. And surface waters as well. For example, one study found that 55% of Canadian pothole lakes were contaminated with dicamba11.

Bees are frequently exposed to herbicides when they are sequestered into hives, and many herbicides have been reported from beehives12,13, but I was unable to find any reports that measured the amount of dicamba in honey, comb, or pollen samples collected from bee hives.

Absence of evidence is not evidence of absence, and it would be in the beekeepers’ best interest to figure out how new formulations of dicamba are influencing the bee industry.

Perhaps a more important, indirect consequence of dicamba use is that it simplifies the plant community in which bees live. In a dicamba treated landscape, the only plants that survive are those that are tolerant of the herbicide. One recent study out of Pennsylvania showed that dicamba drift onto neighboring plants delayed flowering and reduced visitation by pollinators14. Farmers that want to survive their neighbors’ sprays are compelled to pay the seed company’s fees to get the dicamba-resistant hybrids of crops. This excludes much of the crop and non-crop diversity that bees rely on as they forage through a habitat.

Moving forward in a dicamba-treated world

The bottom line is that we don’t really know how big of an effect changing herbicide use patterns affect honey bees and other pollinators. Certainly, more pesticides are being applied to cropland than ever, so dicamba is just one of a cocktail that bees are inevitably exposed to.

Farmers need to learn from the past. Over-reliance on genetically modified crops and individual herbicides worked for a while, but mother nature ended up overcoming this strategy, to many people’s detriment. Weeds are going to become resistant to dicamba; some already are. Farmers need to understand that herbicides aren’t their only options. Cover crops, grazing animals, crop rotation, and no-till systems all can help to reduce reliance on herbicides. There are farmers that are already reducing or eliminating their herbicides; these farmers should be made into the heroes that they are. Beekeepers need to find these farmers and help make them the most successful farmers in their communities.

11. R. Grover et al., Magnitude and persistence of herbicide residues in farm dugouts and ponds in the Canadian prairies. Environmental Toxicology and Chemistry 16, 638 (1997).