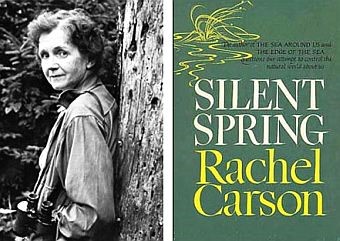 Bird populations in the United States and Canada have plunged 29% – almost three billion birds – since 1970, signaling a major ecological crisis.
A study shows tremendous losses across diverse groups of birds and habitats, from iconic songsters such as meadowlarks to long-distance migrants such as swallows and backyard birds including sparrows.
Ken Rosenberg, the lead author and a senior scientist at the Cornell Lab of Ornithology and American Bird Conservancy says multiple, independent lines of evidence show a massive reduction in the abundance of birds.
“We expected to see continuing declines of threatened species,” Rosenburg says.
“But for the first time, the results also showed pervasive losses among common birds across all habitats, including backyard birds.”
Birds are indicators of environmental health, signaling that natural systems across the U.S. and Canada are being so severely impacted by human activities they no longer support the same robust wildlife populations.
Of the nearly three billion birds lost, 90% belong to 12 bird families, including sparrows, warblers, finches, and swallows – common, widespread species that play influential roles in food webs and ecosystem functioning, from seed dispersal to pest control.
Grassland birds are especially hard hit, with a 53% reduction in population – more than 720 million birds – since 1970.
Shorebirds, most of which frequent sensitive coastal habitats, were already at dangerously low numbers and have lost more than one-third of their population.
The volume of spring migration, measured by radar in the night skies, has dropped by 14% in the past decade.
“These data are consistent with what we’re seeing elsewhere with other taxa showing massive declines, including insects and amphibians,” says Peter Marra, director of the Georgetown Environment Initiative at Georgetown University.
“It’s imperative to address immediate and ongoing threats, both because the domino effects can lead to the decay of ecosystems that humans depend on for our own health and livelihoods – and because people all over the world cherish birds in their own right. Can you imagine a world without birdsong?”
Although the study did not analyze the causes of declines, it noted that the steep drop in North American birds parallels the losses of birds elsewhere in the world.
It says the largest factor driving these declines is likely the widespread loss and degradation of habitat, especially due to agricultural intensification and urbanisation.
Other studies have documented mortality from the pervasive use of pesticides associated with widespread declines in insects, an essential food source for birds.
Climate change is expected to compound these challenges by altering habitats and threatening plant communities that birds need to survive.
“The story is not over,” says Michael Parr, president of American Bird Conservancy. “There are so many ways to help save birds. “We can work to ban harmful pesticides and properly fund effective bird conservation programs.”
There are promising rebounds. Ducks, geese and swans have made a remarkable recovery over the past 50 years, made possible by investments in conservation by hunters and billions of dollars of government funding for wetland protection and restoration. Raptors such as the Bald Eagle have also made spectacular comebacks since the 1970s, after the harmful pesticide DDT was banned.

The world’s most widely used insecticides could be partly responsible for a dramatic decline in global songbird populations.
Canadian researchers warn that the birds exposed to the neonicotinoid insecticide imidacloprid show anorexic behaviour, reduced body weight and delays in their migratory itinerary.
The University of Saskatchewan believes the study, with Toronto’s York University, is the first direct evidence of a mechanistic link between the pesticide and declining migratory bird populations.
Individual white-crowned sparrows were fed small doses of imidacloprid, in southern Ontario, Canada during a stopover on the birds’ spring migration.
Each bird’s body composition was measured before and after exposure, and a lightweight radio transmitter was attached to the bird’s back to track its movements in the wild.
Birds given the higher dose of the pesticide lost six per cent of their body mass within six hours. That one dose also caused birds to stay 3.5 days longer, on average, at the stopover site before resuming their migration compared to control birds.
The results suggest that, even in tiny sublethal doses, the presence of these neurotoxic compounds at critical stopover sites refueling birds visit on their cross-continental springtime journeys, could be contributing to the overall population declines observed among many migratory species.
“We saw these effects using doses well within the range of what a bird could realistically consume in the wild – equivalent to eating just a few treated seeds,” says Margaret Eng, a post-doctoral fellow at the university’s Toxicology Centre.
While the controversial neurotoxic insecticide is advertised to pose a low risk to vertebrates, a growing body of evidence has shown that neonicotinoids may have significant negative impacts on a number of species, including birds.
This research suggests birds that use agricultural environments as habitats or for foraging stopovers during migration are routinely exposed to neonicotinoid pesticides. Many of these species are also undergoing precipitous population declines.
Eng says it was found that the pesticide acted as an anorexic agent within the birds, causing rapid losses in body weight and fat. This resulted in extended stays at stopover sites as the birds had to forage longer to restore their greatly depleted fuel stores and to recover from imidacloprid’s neurotoxic effects before moving on.
The use of neonicotinoids along migratory routes throughout North America means birds may suffer repeated exposure at successive stopover sites, amplifying migration delays and their consequences.
Because the researchers used controlled dosing, they were able to confirm a cause and effect between neonicotinoid exposures and delayed migration, not just a correlation more typical of field studies.
“Our study shows that this is bigger than the bees–birds can also be harmed by modern neonicotinoid pesticides which should worry us all,” biologist Bridget Stutchbury of York University says.

When birds migrate, timing is everything. Fly too late, and they miss the peak season for finding good food, a good mate, or a good nest site. But that’s just what may happen to migrants unlucky enough to eat pesticide-laced seeds, new research shows. Toxicologists studying white-crowned sparrows have shown that these large, grayish sparrows become anorexic after eating neonicotinoid pesticides, causing them to lose weight and delay their southward journeys. The study might apply to other birds as well—and help explain the dramatic songbird decline of recent decades, researchers say.
Neonicotinoids are the world’s most widely used class of pesticide. They protect seeds—and the plants that grow from them—from insects resistant to other pesticides. But scientists have recently found that they can decimate pollinators like honey bees and bumble bees. Such concerns led the European Union to ban three of these compounds in 2018.
Laboratory studies have shown that neonicotinoids sicken and disorient captive birds, but no data existed on how they affect wild birds, who often swoop into fields to nosh on pesticide-laced seeds. Wondering whether pesticide exposure might explain a massive recent decline in farmland bird species, Margaret Eng, an ecotoxicologist at the University of Saskatchewan in Saskatoon, Canada, and her colleagues got to work.
The researchers caught dozens of white-crowned sparrows (Zonotrichia leucophrys) in southern Ontario province in Canada as the birds migrated from the Arctic to the southern United States. They kept the birds in cages with food and water for 6 hours. About a dozen received low doses of the neonicotinoid imidacloprid—equivalent to what they might ingest had they eaten several seeds from a recently planted field. Another dozen got a lower dose of the pesticide, and control birds received the same handling but no pesticide. After 6 hours, Eng put a tiny radio transmitter on each bird’s back and released it into a 100,000-square-kilometer site in Ontario, where 93 regularly spaced radio towers track tagged animals.
Within hours, birds with the highest pesticide dose lost an average of 6% of their body weight and about 17% of their fat stores, which are key to fueling long flights, Eng and colleagues report today in Science. Over the course of those 6 hours, the birds given pesticides stopped eating, taking in about one-third the food that untreated birds ate, they note.
Nor did the birds recover quickly when released. Half of the high-dose birds stuck around Ontario an extra 3.5 days or longer. “It’s just a few days, but we know that just a few days can have significant consequences for survival and reproduction,” Eng explains. She thinks the birds needed that extra time to get the pesticide out of their systems, start to eat again, and regain their lost fat.
The paper provides “a compelling set of observations” that shows how even low doses of neonicotinoids can affect bird survival and reproduction, says Mark Jankowski, a toxicologist at the University of Minnesota in St. Paul who was not involved with the work. These effects could help explain declines in sparrow populations—and may apply to other birds, says Caspar Hallmann, an ecologist at Radboud University in Nijmegen, the Netherlands. But more work would be needed to prove that, Jankowski adds.
Few researchers think the United States or Canada will have the political will to ban neonicotinoids despite the harms, because they are so protective for plants. But there are workarounds, says Nicole Michel, a population biologist with the National Audubon Society’s Conservation Science Division in Portland, Oregon. For example, rather than treat all seeds before they are planted, farmers could save money and reduce birds’ exposure by applying the pesticide to plants only after an insect outbreak occurs. Jankowski says researchers could also explore other methods to reduce birds’ exposure, including coming up with better ways to bury seeds—and remove those that spill—during planting.